When you start your journey as a social media marketer, you are bound to come across tools such as Buffer or similar tools that let you schedule and automate marketing. Like you, I was even wondering back then: Is it even legit to do such automation?

And, the short answer is yes. You can use tools like Buffer to automate marketing on your social media profile. I have been doing this since 2010, and have gained more than 40K followers on my Twitter handle @denharsh.

Now, Buffer is an amazing tool, and they are one of the first ones to innovate the idea of scheduling tweets and adding social media updated in a queue (buffer) for later publishing. Taking this cue, a lot of other entrepreneurs have developed similar and, at times a, better alternatives to Buffer.

Here I’m sharing some of the top Buffer alternatives, which in my opinion, better value for your money. So without further delay, let’s have a look at these alternatives:

If your goal is marketing only on Twitter, look no further than Tweethunter. This is a modern Twitter growth tool that supports a lot of advanced features such as:

And a lot of other features which makes it one of the top Twitter tool of current time.

2. SocialPilot – An alternative to Buffer

SocialPilot is an automation tool that caters to small businesses and agencies. It supports all major social media platforms, and have seen enormous growth in recent times.

Bufferapp is one such twitter app for creators and social media users that will help them to keep their profile engaged and also maintain the noise. Here I’m going to share Bufferapp’s review, and then you can decide if you need to invest in this app or not.

How many of you tweet all the interesting posts you go through? I believe those who are power tweeters must be tweeting 30/40 links in a day. Though if we tweet in the regular interval, it’s good if we tweet all the links back to back, it might be considered as spam or probably your followers will tend to ignore it.

How Buffer Social Media app is useful for you?

Let me start with my own habit, when I start reading news, I use a feed reader and in that short span of time, I read like 20+ posts and many of them I find interesting and want to share with my followers on Twitter or Facebook.

Social media tools like PostPlanner, SocialPilot, Buffer, comes as a rescue for social savvy people like you and me.  In the past 7 years, I have used many popular social media scheduling tool and today I’m sharing a review of Buffer app.

Buffer is special as they invented this feature of social media buffering and later on many tools like AgoraPulse, SocialPilot has taken it to next level.

Using Buffer, you keep adding tweets to your stack and it will keep sending it out at the scheduled time.  You can define time-slot for Tweets, and tweets will be sent in particular time slot from your buffer.

Especially when you are going through your feed reader, you tend to tweet all the interesting post, at least that’s what I do.  With a tool like Buffer, you don’t need to worry about tweeting too much and you can tweet everything you want after a certain time gap. This will help your social media profile to be seen on a regular basis which is an important aspect of social media marketing.

How to add Tweets to your Buffer?

Bufferapp offers a couple of ways by which you can add tweets to your buffer. You can use their online website (Bufferapp) and add tweets into the buffer, or the easiest way is by installing their browser extensions or by using Android or iOS app.

In my case I use Chrome browser and I have their chrome extension installed. So whenever I’m reading any interesting tutorial, I just click on Bufferapp icon and it will bring a pop-up, where I can edit the tweet. Here is a screenshot which will clear all your doubts:

By default post meta title and permalink will be added, and you can always edit and customize it according to your need. If you have added multiple-Twitter-profile, you can always select from which Twitter profile, you would like to send this tweet.

Here I’m sharing some of the notable features of Bufferapp:

They offer a lot of integration options and you can check out all these on the Buffer Goodies page.

Setting the Interval for Tweets:

This is the most important part of Bufferapp. The idea of Buffer is to tweet without creating much noise and irritating your followers. So you need to set up time interval carefully. If you tweet a lot, you can always select a time interval of 1-2 hours. Don’t forget to refer to our previous article on Find the best time to tweet to make it more effective.

Note: Use different time gap for the different social media platform. For example, its ok to tweet in every 1-2 hour on Twitter but it’s not the best thing to do on Facebook. So, when you add a new social media profile, configure the time gap accordingly.

Here are some more exciting features which will interest you to try this app:

You can assign an account to another member, who can add, remove tweets from the buffer. This feature is good for those bloggers who are running a blog network or particularly for blogs with multiple members.

Though I would like to see some more features in the future like adding tweets from a feed, this will be really helpful for bloggers who post lots of posts in a day. This way they can tweet within the limit in particular time set. Over I liked the idea of Bufferapp and I have been using it for last one month. Do let us know if this Bufferapp review, helped you to decide about it or not.

Do let us know what do you think of this idea of buffer. Do you think this app is really handy and useful for power Twitter users to tweet without annoying their followers?

Here are a few hand-picked guides for you to read next: 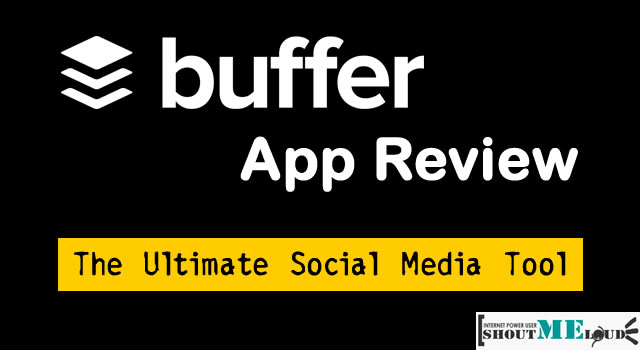