Leveraging the power of Twitter needs some third-party applications that cater to the features lacking in the main app directly. There are a ton of Twitter third-party tools that are solely designed for a single purpose, but the problem is that many of them are shoddy, and others are bombarded with ads.

For all the internet marketers and people looking to increase their sales or increase their reach need to know of these Twitter tools for making the most of the network. Managing this powerful network could be more fun and effective with these tools that every power user must know of.

Social Pilot is a multi-purpose tool that you can start using right away. It makes the tweeting easy and especially for those who wish to write all the tweets at one time but don’t want to publish them immediately.

Here is how it works:

When talking of best Twitter tools, how could we miss everyone’s favorite SocialOomph. This one is swiss army knife of Twitter tools. Here you will find almost all the tools you need to automate your Twitter profile. Some of the features that make this one must have tool:

Here you can read about all the major features offered by SocialOopmh. Many of their features are free & many of them are paid. The good thing is, you can selectively pick the premium features & you have to pay for those only. Personally, I’m a big admirer of their Auto DM feature.

Have you seen people sending you thanks for the retweet or welcoming you when you follow a Twitter profile? Or how about announcing top 3 engaged followers on Friday? Well, this is what Commun does. One of those tools that you can use right now & see the effect.  You can also schedule tweet & automate a lot of things that would increase the engagement of your Twitter profile.

The free account lets you engage with 20 people & good enough to give you an idea & effectiveness of this popular Twitter tool.

Audiense is a popular enterprise level Twitter management tool that is available for usual users like you & me. It’s a certified Twitter product and every beginner, or pro-Twitter users swear by it.

Audiense offers features which will help you make most out of your Twitter account. I enjoy the feature of finding the influencers to connect to, finding the right time to tweet for max CTR, run automated Direct message campaign to name few of their many useful features.

You can also easily bulk follow, unfollow & find like minded twitter users. This is one tool which you should use for making most out of your Twitter profile. Do remember, this one is not for light hearted users. 😉

If you have been using tools like Buffer, Hootsuite then you should try AgoraPulse. Their mobile app is one of the best in the lot.

A little bit of spying is good on the social media. Watch and learn! Tweriod is a great tool for keeping track of the time when most of your followers are in action. Researching is a must for a network that will make you seem lost and Tweriod is a must have tool to get to know your followers better. You can use data from this tool to schedule your tweets accordingly at the most interactive period of the day for better engagement.

A twitter tools list cannot go without the mentioning of Hootsuite and that’s how popular and effective this tool has been. Managing your Twitter, Facebook, and LinkedIn all at once has been nailed down perfectly by this tool and is a must-have for every serious online marketer. If you also happen to be managing multiple twitter accounts, Hootsuite is a great add-on that lets you re-tweet across multiple profiles automatically.

Love the Zen way of looking at things? Then Tweepi is for you! What if one day you notice that the majority of the Twitter users you follow are inactive? Tweepi lets you clear off your Twitter mess by clearing up un-followers and inactive. Tweepi also promotes you to follow Twitter users with your relative interest.

This is one of the popular Twitter plugins for WordPress. This plugin tackles the biggest problem of dealing with old evergreen content on your blog. Once you have set up the plugin, it will automatically share the post on your Twitter timeline. This plugin was initially made for Twitter only but due to users demand now it also supports other popular social media network such as LinkedIn, Facebook, Tumblr & Xing.

The free plugin comes with the basic functionality of auto-tweeting. The real value is in the pro version which also tweets the featured image automatically. It’s no brainer that image with tweet performs really well.

This is like Google Alerts for Twitter! Just set, up your keywords and you get Email alerts for the same. When you or your brand gets mentioned on Twitter, you can use Twilert to alert you by Email and you can participate in the interaction. Reputation management is a must in the social media game and stay alert and be quick to act on it.

Thought you couldn’t interact with individual users apart from direct mentions or direct message on Twitter? Think again! TweetChat allows users to participate in individual chatting sessions instead of public mentioning by the use of hashtags.

If for communications purpose, you need to interact privately with a group of people on Twitter, GroupTweet is a great tool for doing so. GroupTweet lets you engage and help groups communicate privately.

Nuzzel is your twitter noise reduction tool. Using Nuzzel you can find out those tweets (news) which is shared by a set number of your twitter friends. This way you will cut down the noise and discover those tweets which you should not miss. Nuzzel is useful for those Twitter users who want to find best tweets from their timeline for reading or resharing on their timeline.

You can also configure Nuzzel to receive the digest of those tweets and more over you can connect it with services like Pocket, Instapaper and buffer app. They also have an iPhone app which you can download from here, I haven’t tried the app so far, but reviews of the app looks promising.

Buffer is simply one of the best Twitter tools out there for users who tend to tweet in short bursts. You might be losing out valuable followers by tweeting such a way. Distributed tweets throughout the day tend to convert better, and Buffer lets you schedule your tweets to the best performing time of the day. A balanced tweeting schedule is the sign of an organized individual and should gain you more attention.

TweetReach is a great tool for marketing and PR professionals. TweetReach lets you know about the true reach of your tweet. You can see how far the message is being traveled with TweetReach. Pricing starts at $84/month, and this is a tool for the serious professional.

TwtPoll is another great tool for gathering interactions in the form of feedback from your loyal followers. TwtPoll allows users to create social media surveys that could be posted directly to Facebook or Twitter. Ask questions, get feedback, engage your users.

Triberr is an invitation-only exclusive network, but worth getting into. Triberr is a great community app that lets you tweet content of the members in your tribe, and who will do the same for you. Getting re-tweets from influential people will get you the deserved attention and makes it a great tool for Twitter.

I personally love Tweetdeck and what it has to offer. Tweetdeck is a powerful multi-platform twitter tool for more flexibility and power in the hands of users. Tweetdeck makes it easy to swipe swiftly between multiple profiles and send DM, and manage all interactions in a single go.

How many times you stop tweeting because your tweet is more than 280 characters. Well, Storm it is an app which would make tweeting fun for those who write long tweets.

With Storm It! all you need to do is, write long tweets & it automatically shares them as an individual tweet. The best part; it’s free & available on Android & iOS.

Check out Storm It

Paper.li has taken Twitter news feed curation to the next level! With over 200 million articles being published daily, Paper.li is been widely used by professionals and individuals alike for bringing engaging content to their followers.

Paper.li allows you to curate content manually or automatically, and then lets you present all those in a newspaper fashion layout. Paper.li also collate or single out hashtags and tweets with relative ease.

ShoutMeLoud Twitter archive has a collection of best Twitter tools that you need for managing and marketing your Twitter profile. Here I have listed down a few essential posts for you to get started:

So, this was about all the best Twitter tools out there in the wild! What about you? Which Twitter tool do you recommend the most? Shout out your thoughts and comments below. 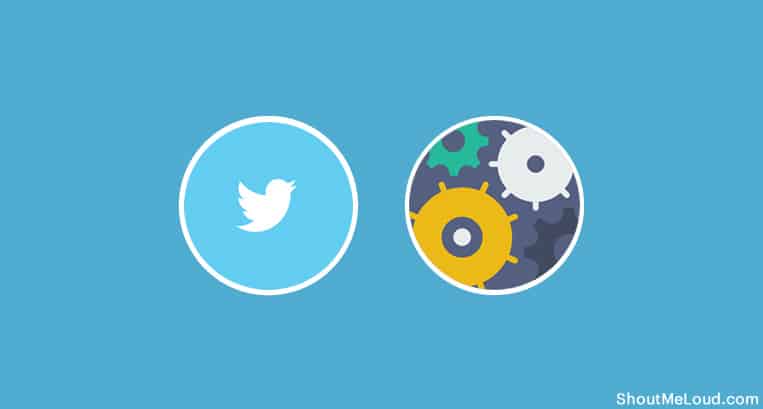