I treat my social media accounts like I treat my home, as social-media platform are now an integral part of our lives. More over, I tend to keep things simple and to the point. On Twitter I follow many people and interact with them, some of them are still active and many of them stop using their Twitter account. I’m sure like me you also like clutter free timeline and thus we have covered few important Twitter tools here at ShoutMeLoud such as following likeminded Twitter users, unfollow the ones who are not following you and many more.

Apart from all this one thing is also important that we unfollow Twitter users who are inactive because such users’ increases count of Twitter users we are following and they hardly provide any useful information. Thus here are few Twitter Tools which will help you to unfollow inactive Twitter users.

Circleboom makes it easier for any Twitter profile to find all inactive users and unfollow them.

Here is how to use this feature:

Before you unfollow all of them, you can set filters to refine your list and now you can start removing them. 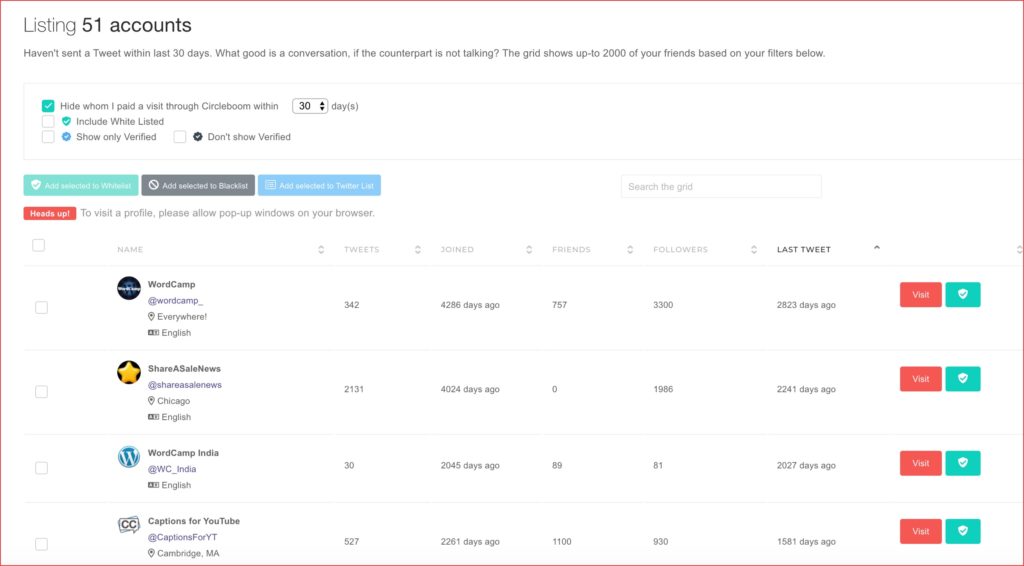 This is the best app to remove inactive Twitter followers.

I like the simple and user-friendly layout of this tool. It becomes very easy to unfollow tweeps who are not active with just selecting the checkbox. And if you think that Twitter users share useful information even if he/she is inactive since long then you can uncheck the selection. More over you can also find those twitter account which have only zero tweets. Do you know Twitter can delete a Twitter account is it has been inactive for 6 months. 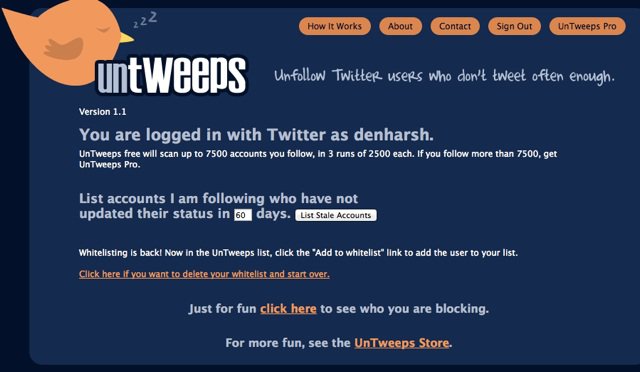 Go to Untweeps.com and login using your Twitter account. After logging in you will see a screen like above image, and you can select the days for which a Twitter account which you are following have not made any single status update. You can select multiple accounts from the inactive list and click on unfollow tweeps to unfollow them in bulk. It’s a neat and pretty fast tool which you will love.

ManageFlitter is a multi-purpose Twitter app which let you do many things. Let me first talk about unfollow feature and later I will also share few other features which I discovered about this tool. Go to ManageFlitter.com and login using your Twitter account. At the top click on Manage > Unfollow and select quiet from the left sidebar to see the users who have not tweeted for long. This way you can quickly identify profile and you can batch select and unfollow them. 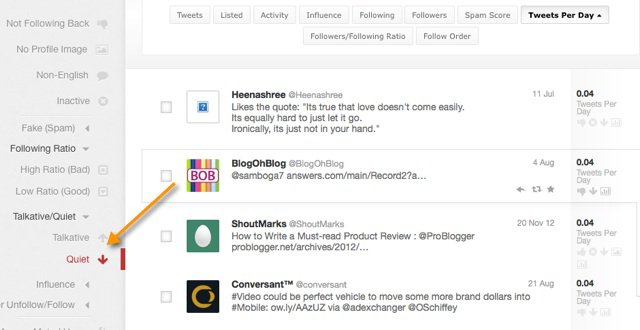 Manageflitterr offers few more features which you will find interesting:

It’s always better to be organized on Twitter so that you can be more productive. These tools will help you to remove unwanted inactive twitter users and also help you to maintain following/ follower ratio.
Do share with us which tool you use to unfollow inactive users on Twitter. 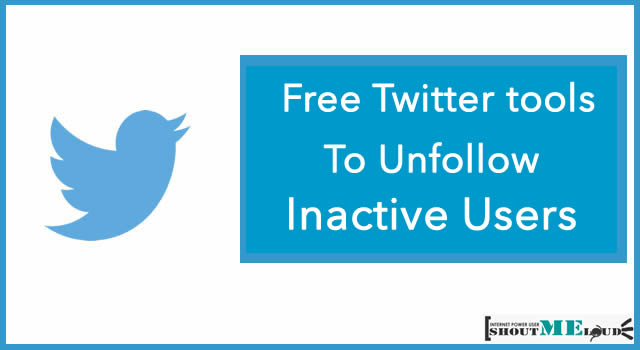