You have got the key. The key which can unlock all the roads. The road to the golden stage, where your post gets thousands of PINS, millions of LIKES and TWEETS.

So, what you waiting for? Looking for the key? What if I say the key is just in your hands? Just you aren’t aware of it?

No matter what, Legions of folks like me would literally waste hours and hours giggling and sharing out among other folks.

Memes : No matter how old it gets, people will continue to adore and appreciated by all.  From Grumpy the Cat to the 90s Kid to Y U NO; put anything, from quote to statement to views. People will go mad for it. The truth is memes doesn’t bores and never gets old (beside using the same over & over).

So after spending hours and hours studying memes and browsing through websites; I have compiled up a list of guidelines. Guidelines which if taken care with extreme fragileness can result in extreme success or all those awesome PINS, TWEETS & LIKES.

Now, you might wonder how one can use memes? Right?

Have a look over the posts from any blog. You may see it rich in information, but you won’t see any FUN factor. Well, you won’t see a blogging expert telling you to bring in the fun factor, but who knows it might help you be the next blogging sensation?

The best advice I can give is that you should try to put on your trolls and memes in your fan pages of different social mediums. Like you can share your photos via facebook, twitter, Reddit, Pinterest, Stumbleupon and tons more. This are some of the websites, where the expectancy is more. If you manage to get the bulls eye, then your blog will be blessed in terms of traffic. Also you can use it in terms of videos in YouTube & other video sharing websites.

If you want to go innovative and unique, you can embed your memes in your posts. You see, memes are so popular, that no matter what it be; people will always run for it. You can use it as a form of your expression (which is highly preferred).

But, what if you want to make a new trend in the meme world? Start a new online rage?

How to Use Meme for Social Media Marketing?

If you want a record-breaking success and a viral impact over the people, then this is the first rule in your list. Yes, copying others might give you likes. But comparatively, making a new meme is more profitable. You see, who knows your meme gets viral all over the web and marks a new trend in meme world? Do think about that.

Though it’s quite easy not to copy. But on the other hand, it’s extremely hard to make a new one with huge potential. Often we run out of ideas to make one.

So what do in that case?

You can hire a geeky blogger, or you can ask your friends with a whacky sense of humor. You can try anyone, just take care that the guy (or gal) has a good sense of humor. As memes are completely based on humor.

Now, once you finish with your meme. You can show this up to your family & friends. A couple of LOLs are enough for a sense of satisfaction.

It’s a no-non sense that memes aren’t serious at all! They are just the extreme opposites of each other. Same applies to meme counterpart too.

All the greatest jokes, memes videos are results of pranks or unexpected things. Even the famous Numa Numa guy from YouTube didn’t planned all of the script and went to make an online trend.

Also, if you are planning up a meme; never ever think with serious mind. Almost all the trolls and memes are made light-heartedly.

Yes, if you are one of those serious guys who don’t give a Damn about anything; better you step aside. You should try to hire some other guy with a good whacky sense of humor to help you out to make some of the great memes.

And, just in case if you want to check whether the meme is good or not, you can try to share the picture among your kith and kin. A few Laugh & LOLs are enough for a sense of satisfaction.

3.WORK WITH CHILDREN AND ANIMALS

Now, this might seem quite awkward for you. As how can one make memes with that, Right?

Even I though the same, when I first heard of it.

But, there’s a quite clever ideology behind it.

For instance, Charlie Bit My Finger, one of the most famous memes of all time, wasn’t planned at all. It was just a random action which the parents where successful to snap.

Take your camera, and keep the lens of the toddlers or animals for a long time. They will eventually do something hilarious and funny, and if you are lucky enough to get a snap of it, then there are chances of getting your meme get viral.

4. GET TO KNOW ABOUT MEMES

Before you proceed to produce memes, it is highly recommended to get a taste of them. If your meme don’t give a humorous effect or doesn’t makes sense, abandon the meme. Try another one. Just take your time to use your brain and invent the best meme. Just for inspiration, here I’m adding few interesting meme for online users, feel free to Pin them on your pinterest board.

So, this was our countdown on how you can produce one of the great memes. Have you got some more ideas? 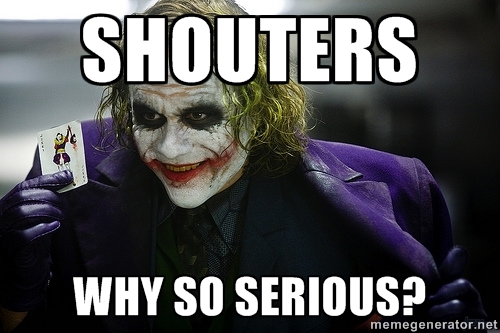 Authored By Sayantan Mahato
Sayantan Mahato is a fun-loving freelance writer, who blindly believes that Pens are more powerful than Nukes. He has been working with many top-notch blogs which includes EliteDaily, LifeHack & ShoutMeLoud and is eager to write for your blog!

1 thought on “How To use Meme for Marketing – Beginners Guide”