Google AdSense is one of the lucrative and easy ways to make money. I have already shared a complete AdSense guide, which will help you to get started.

Now, one thing which I have noticed seeing many ads and landing pages, many internet marketers uses the Fake AdSense generator, which looks like a genuine AdSense income proof, and they use it to sell their stuff.

This post is to create an awareness to all newbie bloggers, who falls for such scam and end up investing money on not so useful stuff.

There are many online Websites which will let you generate fake AdSense report, which will look like a genuine screen of your AdSense account.

Though now, there is no tool for new AdSense income generator, so most of the time you will be seeing income proof of old AdSense account.  Google Adsense generator is a fake AdSense revenue generating website, probably this is the website which most of the spammer in the web world are using to show off the wrong information.

Here is one Fake income proof, I created using such tool and in this case, I used $345 as value, but it could be much more than that. 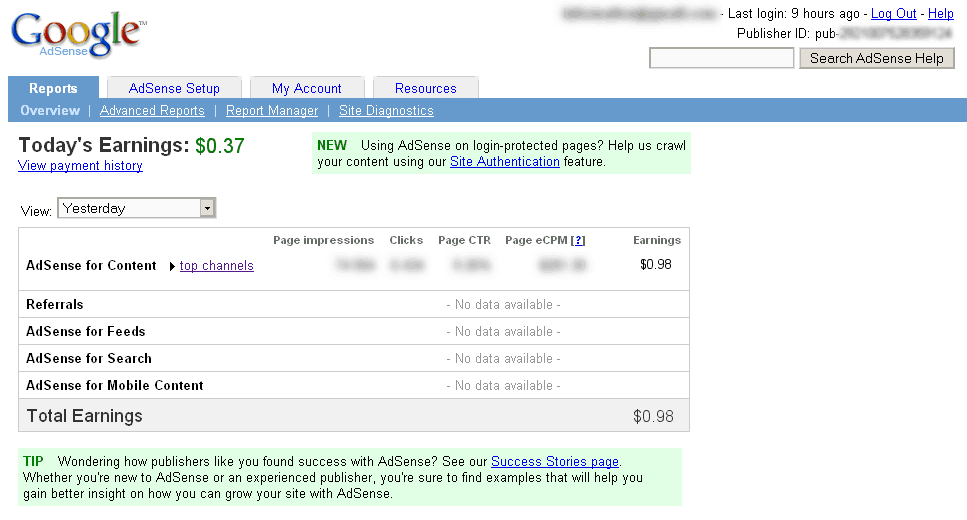 Can you make more money than this?

The above screenshot is fake, but if you work really hard, you can actually make this much money from Adsense. Though, here at ShoutMeLoud, I use multiple ways to monetize my site, so Adsense just adds like $600-800/month.

You can see a complete list of my monetization method apart from Adsense here: How ShoutMeLoud makes money.

Anyhow, you can use this tool for fun. So next time if anyone tries to bully you with his AdSense earning, use this tool to show your earning.

Meanwhile, you can also use this tool to prepare something for your readers on April fool day.

Do you know any new such fake Adsense earning tool, which uses the new Adsense interface instead of old one?

Here are a few hand picked guides for you to read next: