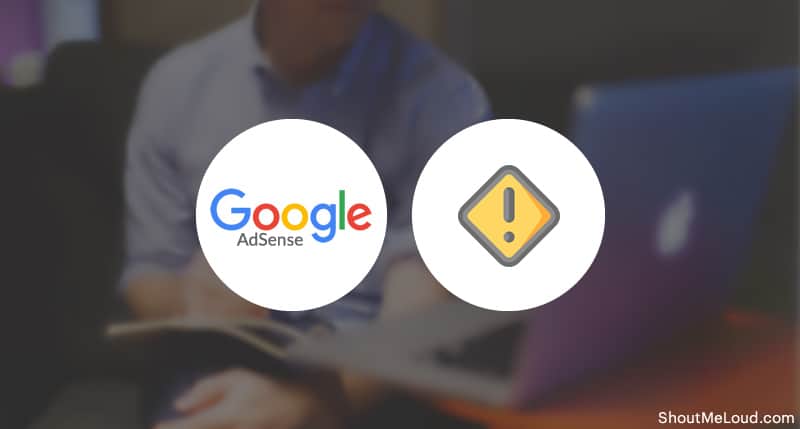 It was in March 2009 that I started using AdSense, and ever since it has been a huge part of my blog monetization technique.

In the first 5 years I earned about 2.2 million INR just from AdSense, and realized no matter how many AdSense alternatives we talk about, AdSense is by far one of the best and the highest paying ad network for any blogger.

I have already shared some of the working tips to increase your Adsense revenue but as I mentioned, Adsense is very strict about AdSense TOS, which means you have to take care of certain things to make sure you don’t violate AdSense policies. We all know that getting Adsense approval is not easy and we need to do many things to keep our AdSense account active.

Recently, I got an email from Adsense team saying that Adsense serving had been disabled on one of my sites. I realized it was the right time to update this post and make new AdSense publishers aware of Adsense policies and the things to avoid, which may lead to an account ban.

Little out of context but since 2011, when Google launched Google Panda, they also made some major changes in Adsense quality guidelines. Especially, in 2011-2012 we noticed that many Indian and Pakistani Adsense publishers had been banned due to copyright violation and low-quality pages. Another major reason for Adsense ban is an invalid click, which is altogether a big topic, and I will cover it in another post.

Google Adsense is very strict about the policies and that is why I removed the Global Translator plugin to save myself from getting banned from Google Adsense.

These are the simple mistakes you and Adsense publisher should avoid getting themselves banned:

This is how maximum Adsense accounts get into the danger zone. Most publishers who start with Adsense usually ask their friends to click on ads or click on their ads from different IP addresses. If the Adsense team detects any such activity, they put your account in the ‘disabled mode’ to safeguard their advertisers.

Also, many new publishers ask their readers to click on ads, which is also discouraged by Adsense as stated in their program policies.

At the time of writing, Google doesn’t support all languages to qualify for Adsense program. If you have an approved AdSense account, and you are using it to show it on a blog, the language of which doesn’t qualify as per Adsense TOS, you need to make changes ASAP. If you use any method to make your blog multi-lingual and serve ads on it, it can be considered a violation.

Many publishers started the trend of sending AdSense adverts within the email, and sometimes it goes viral. Google finds it against the program policies.

You use pop-up scripts to show Adsense in pop-up and readers have to click on it to read the content? Another BIG NO.

So you are a programmer? Doesn’t matter. Changing your Adsense code in any way is not permitted by Google.

Linking to the site that distributes illegal and copyright content

This is something which I got to know about in 2012. This is also the biggest reason why most sites are getting the Adsense ban. If you are linking to sites like (streaming movie), illegal or pirated software, Keygen sites, your AdSense serving might be disabled for that particular site. Here is the other type of content, which is not allowed for Adsense sites:

These are just examples. There could be many more. So, you should avoid putting any such content on your blog or at least avoid serving Adsense on those pages.

If you are buying traffic for your AdSense enabled sites, it’s not permitted according to AdSense TOS. Also, consider reading Adsense landing page Quality guidelines, which will give you ample amount of idea as to what Google expects from your pages.

Promoting your post on social media or buying traffic from quality sites is not the violation.

You are free to make your ads blend with the content by changing the color or size, but don’t make it look exactly like content. In below image you can see what kind of mimicking is not acceptable: 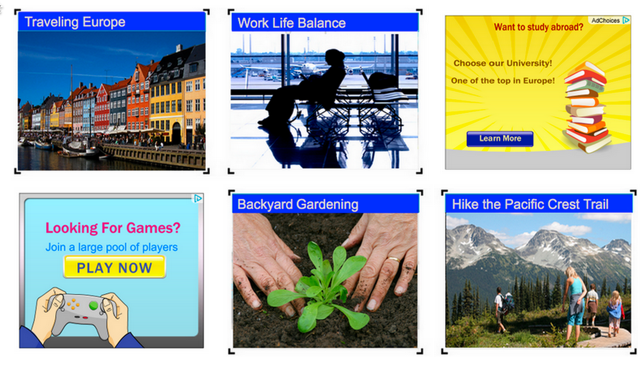 But if you are a victim of the AdSense ban game, ShoutMeLoud’s earlier post on AdSense alternative program will be very useful for you.

Tip: Use Affiliate marketing to increase your blog income.