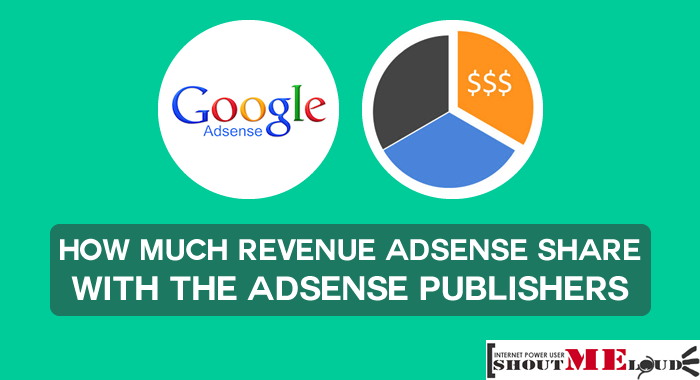 Here I have summarized the announcement so that you would know the revenue sharing between AdSense & you for different ad types.

AdSense for content is most widely used advertisement inventory from adsense. One of the major reason is it’s contextual advertisement, which helps in getting better CTR. AdSense revealed they pay 68% of revenue to their publishers and rest 32% they keep to maintain and development of new technology. This 68% seems to be fair to me.

For people using Ads\Sense for search, Google AdSense pays you 51% of rev share. This seems low to me, but I would love to know your thoughts on the same.

Sharing this vital information will help publishers to build more trust in Google adsense. For me, it seems like growing influence of other ad networks made Google revealed their AdSense revenue share, as they also added

“Additionally, when considering different monetization options, we encourage you to focus on the total revenue generated from your site, rather than just revenue share, which can be misleading. For example, you would receive $68 with AdSense for content for $100 worth of advertising that appeared on your site. If another ad network offers an 80% revenue share, but is only able to collect $50 from ads served on your site, you would earn $40. In this case, a higher revenue share wouldn’t make up for the lower revenue yield of the other ad network.”

I will love to know your reaction on 68% rev share from Google adsense. Do you think 68% share is decent or it should be more?

24 thoughts on “How Much Revenue AdSense Share with the AdSense Publishers?”