This is our monthly series of ShoutMeLoud monthly income and traffic stats report where I will be sharing important details which will give you more insight about how I make money with ShoutMeLoud.

Along with that you will also learn valuable information which will help you to improve your blog. September was an exciting month for me as I started working on few new things, I specifically worked on improving the overall traffic and quality of our blog network.

In this roundup posts I will be sharing what all happened in last month and at the end I will share how much money I made in the last month from blogging. 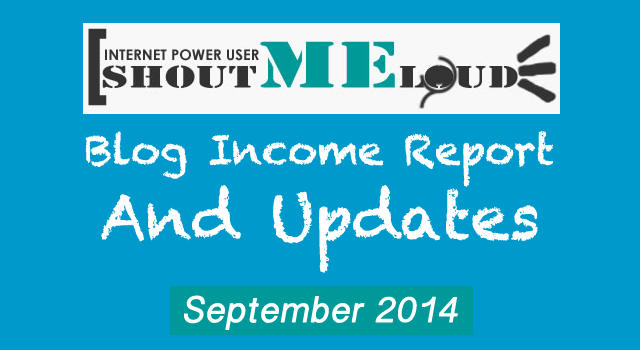 Overall what really improved here is, now ShoutMeLoud is getting more targeted traffic than before and overall traffic and page views have increased. After adding mobile site, our mobile traffic has increased by a great number.

Here is the traffic stats for the month of September 2014 using Google Analytics: 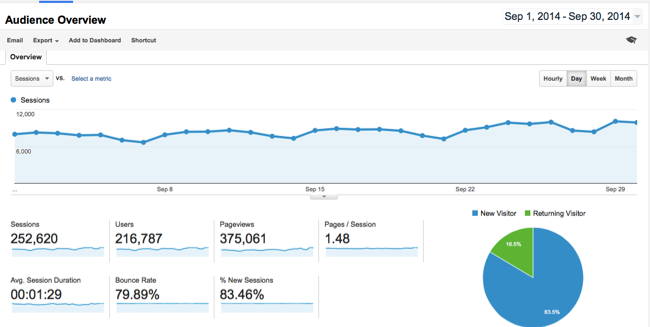 Last week I also removed custom related posts code and started using WordPress related posts by Zementa as it allows you to edit the related posts and manually add/remove any posts you want. Using this plugin, I edited related posts section of my top-performing posts and that resulted in increased page-views, and hopefully this month our bounce rate will be down to 60-65%.

Here is the income report from all the blogs under ShoutDreams network and honestly this time I’m not so happy with the performance. 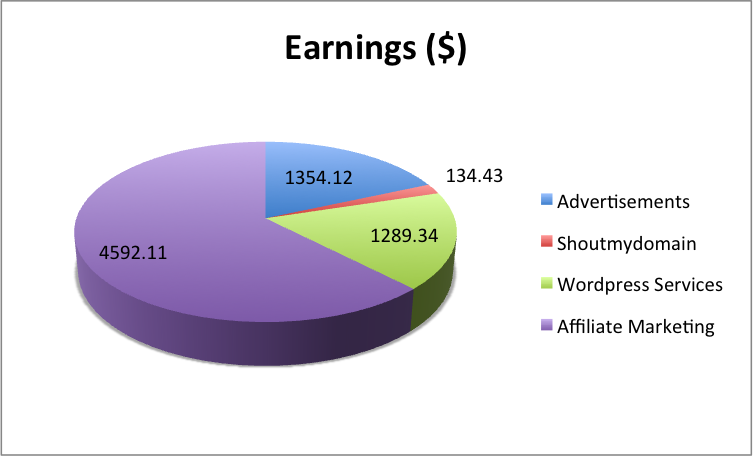 I have long ignored AdSense but now I have started optimising it with the help of 3rd party tools. Using them for last 3 days has already improved my AdSense earning by more than 300%: 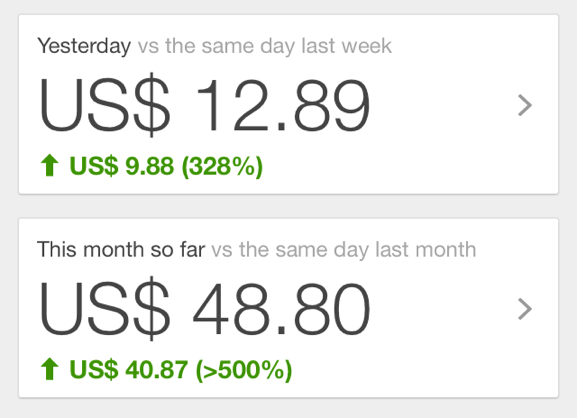 Well the above chart was for the earning. Last month I spent a lot on new things and venture and here is the highlight of some of my expenditure which also includes amount I paid on oDesk for creating repurpose content such as SlideShare and youtube transcript.

What else is happening around ShoutMeLoud:

As I mentioned above, a lot more is happening and the very first big news is that we have launched our official Android app which you can download right now from official play store. I will be writing an announcement post soon, but for now you can download and do write a review of the app in the official app store. Here is a screenshot of the app: 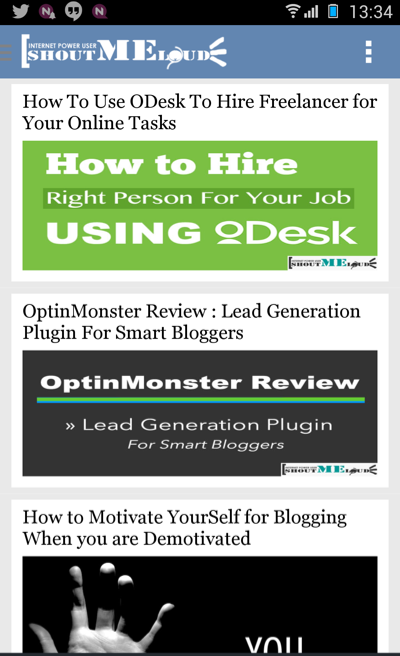 ShoutMeLoud is now on cloud hosting via Cloudways:

One of my biggest expenditure here at ShoutMeLoud was due to hosting. I was hosting ShoutMeLoud on WPEngine which was indeed a powerful hosting but they are probably the worse when it comes to their pricing policy. I have already talked about their overage charges here and I was paying almost $500/month to them.

Finally I have moved away from them and now ShoutMeLoud is hosted on Amazon Server using Cloudways which is an amazing hosting company.

I was scared that I might not get the same performance like I was getting on WPEngine, but Cloudways server architect is great and perfect for any WordPress blog.

Here you can see the performance report of ShoutMeLoud (Yah! it’s loading in less than 0.5 second).

You can also use the below link to create a complete free (No credit card required) to test drive Cloudways  Hostingfor one month. After one month you can use coupon code “Shoutmeloud” to get discount on their server.

You can subscribe to ShoutMeLoud newsletter here to receive make money blogging tips right in your email. Do let me know how was your month of September 2014 in terms of blog revenue and growth?

Do share this post with others to create an awareness regarding blogging, it can be a remarkable career choice.