Promoting your website is as important as designing it.

After all of your developing efforts are made, you need to attract an audience to your website and its services.

Branding through social media is considered as the best way to redirect a relevant crowd to a website.

Twitter, specifically, is a great means of advertisement and brand promotion. Tweeting is an incredible way to get in touch with your customers.

But here’s the major challenge of marketing:

Grab the opportunity to promote your websites through Twitter with these 7 creative ways!

Twitter thread if one popular way to break the 280-character limitations of Twitter. You can create a series of Tweets that are interconnected and is known as a Twitter thread.

In the current times, this is one of the best ways to get viral on Twitter. I have published a detailed guide on Twitter thread scheduler tools, which would help you to master this technique.

Some of the tools that you must check out:

2. Check your follower’s habits and interests

You can find out your Twitter audience’s interest areas thanks to Circleboom.

3. Insert Links Into Your Tweets

Who says social media marketing is not an effective strategy?

On average, tweets with links generate about 86% more re-tweets. This is because link insertions elevate reader interaction.

When 36% of tweets are made with links, it is worth considering as a viable strategy.

In order to set your business on an uptrend, customers should know about your product. Links increase engagement metrics of your page and in return, drive clientele to your product.

It is advisable to insert links in about 70-80 % of your tweets.

In addition, links provide users with assurance and satisfaction that the brand and its products are known and unique and are not making any fake promises.

4. Decide the best time to tweet based on users’ activities:

Still, reaching the highest possible number of people on Twitter is not guaranteed unless you don’t know when to post. If you want to know the best time to tweet for you, you need assistance analyzing your Twitter audience’s activities.

Circleboom Twitter’s “Best Time to Tweet” feature gives users the personalized best posting times that show when your followers are online based on their detailed analysis of tweeting hours and days with an intuitive graphic. You can define your Twitter strategy by the best time to tweet to increase your Twitter engagement in return.

If you got multiple Twitter accounts to manage, Circleboom Publish, enables you to schedule your multiple tweets for multiple accounts. Therefore, you can save your time and energy and don’t miss the best time to post on Twitter.

Generating compelling content under 140 characters is no more than a writing challenge.

Researchers say that tweets under 100 characters are more likely to be noticed by customers. Short tweets receive 21% more attention than the others.

This increase in the probability of interaction leaves us with a greater responsibility as we can increase our reader base by keeping our tweets short.

Longer content often lacks in user engagement, as they are time-consuming for people making them less attractive.

The Twitter interface itself forbids long posts and supports the policy of keeping it short and elegant.

Also, when you write more, you don’t leave the customer room to express their ideas. Keeping things short gives the user a reason for interaction.

Adding images to your post is an eye-catching and effective way of driving attention from users.

The idea behind this is very simple; intrigue your followers through colorful pictures and make them so curious that they need to check out what else you have for them!

What you tweet is of equal importance, but images are what attracts person’s eye.

Moreover, tweets with images are more likely to be re-tweeted as Twitter is one step ahead in visual marketing. It supports and enhances the images by default.

However, several mistakes are being done in visual marketing. You need to be careful when choosing and posting pictures to make sure that it fits your content and genre.

7. Join Twitter Chats To Mark Your Presence and Gain Attention

Hosting and participating in Twitter chats requires a little bit of effort, but can benefit a lot.

It is a great way to remove the wall between the community and indulge in a series of meaningful conversations.

Peak times often vary from person to person due to different habits and different time zones.

Experiment with what time works best and schedule your posts to go out then.

(For scheduling, you can use a tool like SocialPilot.)

Similarly, being active on previous posts (i.e. responding) shows your interest in your audience and their responses.

See: How to find the best time to tweet?

Twitter space is a great way to build community and establish your brand as an authority. Think of Twitter space as “Podcasting” on Twitter. You can go solo, or you can invite a guest and host a Twitter space. People can listen to your hosted Twitter space, and can request to speak (only if you allow).

If you have never hosted space on Twitter, you must do it once to see its impact.

Here is an official guide on how to host space on Twitter.

Promotions and branding done through Twitter can achieve excellent results in attracting engaged traffic as well as raising your market values.

When you tweet and re-tweet about all that you have and intend to offer, you come across as more vulnerable and build a loyal follower/customer base.

The above-mentioned Twitter marketing methods work well to win the attention and hearts of the crowd!

Find which method on this list works best for you and experiment in optimizing the others. Pretty soon, you’ll have an active customer base and a loyal Twitter following.

So go and increase traffic – Twitter is waiting to benefit you! 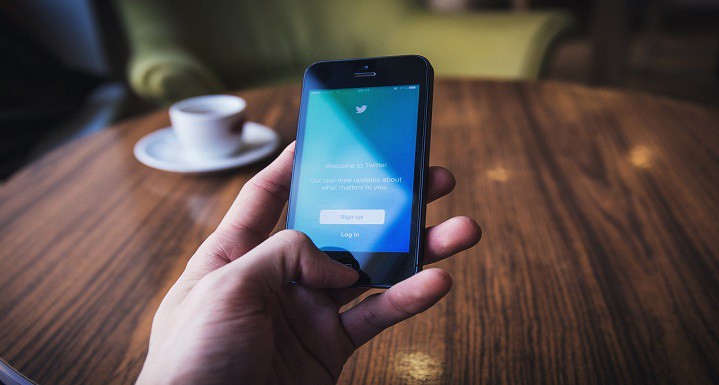