For over five years now, startup activity has experienced massive growth around the world.

In fact, a post on the City A.M. blog shows that “a staggering 100 million businesses are launched annually, according to figures from GEM Global Report. It comes to just over three businesses every second, or 11,000 per hour.”

Interestingly, as many companies are turning into successes, more and more companies with killer services and products are failing on a daily basis.

In an article published on LinkedIn Pulse, Kevin Vyavahare showed that “The failure rate for new startups seems to be around 70% to 80% in the first year and only about half of those who survive the first year will remain in business the next five years.”

However, no matter how many statistics you look at, or what you understood about them, startup life is drudgery.

Now, you may wonder…why do lots of good startups fail to see the sun?

The graph below from CB Insights shows some of the traits that often result in startup failure. 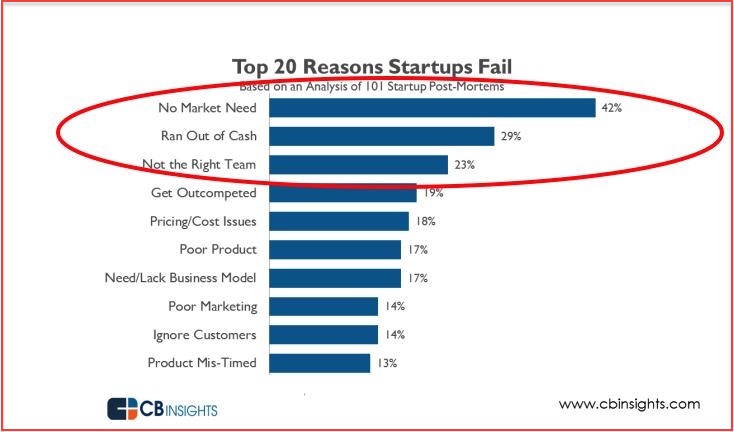 Whether pre-launch or post-launch, failure looms everywhere, especially in a startup’s early days.

You can write fascinating blog posts in your industry, hire the best social media marketing consultants, build a killer content marketing team, invest massively in video marketing and PPC ads, but still not get the publicity and profits needed to become part of that 10 percent of startups that succeed.

That being said, one can wonder…

The answer is simple:

Surprisingly, growth hacking has become a prevalent phrase in the internet marketing industry today – many brands and businesses are using it to skyrocket their business growth beyond human imagination.

In today’s post, I’ll reveal to you the easy steps you can employ today to dramatically grow your business with growth hacking.

This way, you’ll be on good footing to be one of the surviving 10% of success stories.

1. Make compelling videos a part of your content strategy.

You probably know by now that storytelling is one of the best content marketing strategies on the internet. It can help a lot in strengthening your brand’s credibility and boosting your conversions.

Now, integrate your story with visuals and your message’s visibility will go through the roof. This is because, as humans, we process visuals 60 thousand times faster than text.

However, among all the visual content marketing formats out there, video is the most powerful. It can single-handedly help you touch millions of people in less than a week and convert them into good brand advocates.

Typically, video marketing is one of the most efficient growth hacking tactics on the internet, and if you can use video to convey an exciting story about your product, you’ll stand the chance of getting lots of repeat customers.

In the month of November 2015, as the most popular social media platform on the internet, Facebook crossed 8,000,000,000 daily views in their videos as stated by TechCrunch – double of what it was seven months earlier.

Similarly, Syndacast made an interesting prediction that “74 percent of all web traffic will come from video by 2017.” (I suspect this has happened.)

The famous Whiteboard Friday hosted by Rand Fishkin of Moz is an excellent example of video marketing in the internet marketing and blogging niche. 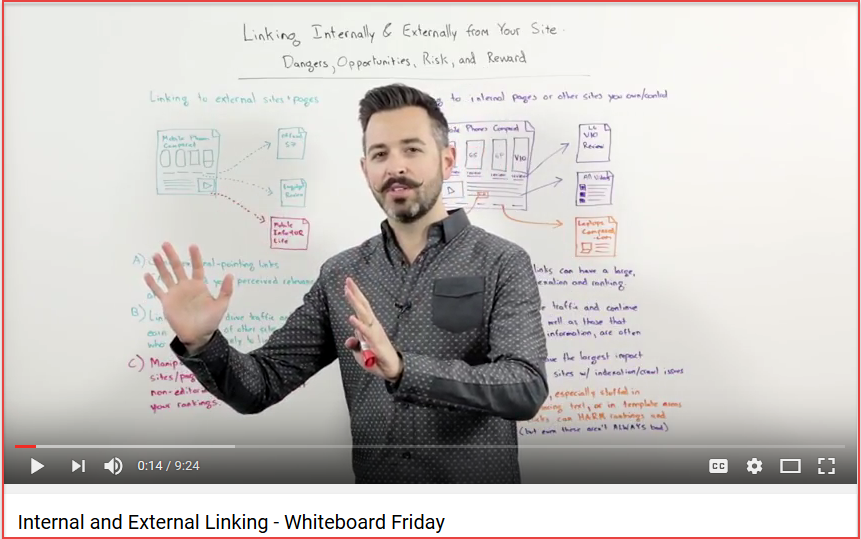 This program has massively helped Moz in expanding their brand reach and getting more trusted paying customers.

The idea with this technique is to entertain as many as people as possible with videos.

You don’t have to solely focus on producing tutorial videos like the Whiteboard Friday, there are lots of other things you can do.

For instance, the guys at Dollar Shave Club did a remarkable job at creating a brilliant marketing video that ended up drawing a lot of people’s attention.

Their service is a simple razor subscription service for a dollar a month.

After a few days, the video went viral, and Dollar Shave Club ran out of inventory within the first six hours. According to Business Insider, “this approach helped them to acquire about 200 thousand active members in less than 1.5 years.”

At the time of writing this blog post, this same video has generated almost 25 million views on YouTube.

That’s the power of video marketing. If you want to experience similar result for your business, create an unconventional and entertaining video about your product, and take it to as many eyes as possible.

2. Make sure your product is desired by the market.

According to Ryan Holiday, “the single worst marketing decision you can make is creating a product nobody wants, or nobody needs.”

Successful growth hackers know that it’s not all about attracting new consumers; the most critical thing is creating or refining a product experience which eventually leads to generating massive raving fans.

Uber’s growth hacker (Andrew Chen) once said that “startups don’t need growth hackers – at first. They need products that are really working in the market. This means users love it, that there’s lots of retention and engagement, even at small numbers.”

“Working on scalable growth is an optimization problem,” Andrew said. It could be as easy as highlighting a captivating value proposition or refining the product’s messaging, or it could be as difficult as changing your overall business model.

Back in the day, with great marketing, you could sometimes succeed with a mediocre product, but not anymore. Today, if you have a bad product, the world will know about how much it sucks quicker than you can imagine.

The solution to this is to start getting feedback as soon as you have a product idea. Begin by asking and responding to questions. Don’t start by creating a product you assume has great product-market fit.

Don’t create something for months and then one day come out, show it to people, and then ask them what they think.

When it comes to the feedback strategy, one company that comes to mind is Instagram. According to Justin Jackson, “Instagram’s growth was totally insane.” 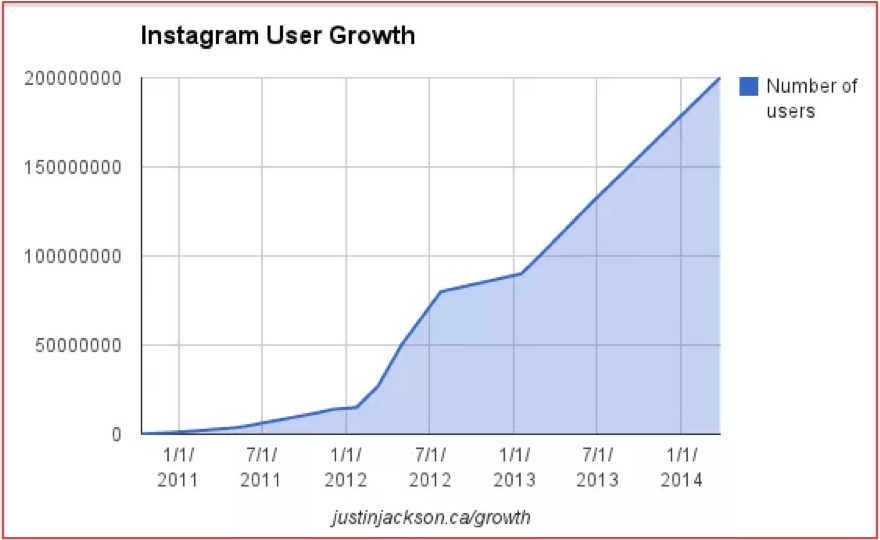 The founders initially experimented with a social networking app called Burbn, meant for whiskey drinkers. They discovered that the most liked feature of the app was their photo sharing mechanism.

That was when they started looking at photography apps, which they assumed were already saturated in the market.

However, from users’ feedback, they finally discovered that for all the apps already in the market, photo sharing was either too complex or not the primary feature of any particular app, and that was what gave birth to the Instagram we all are enjoying today.

Another way to ensure you have a product people love is to validate it before launching it to the entire public. To do this, you need to get your friends to pay for it.

Doing this will make you 100% confident that:

If everything goes well, in the end, you’ll have a product that has lots of happy users. Therefore, before launching any product, figure out if people will be crazy about it. If not, look for something else.

3. Include a viral element in your product.

The holy grail of growth hacking and the central concept of virality is all about the ability to have your customers get you more customers. And for virality to be super efficient, this concept has to be a critical part of your product.

Let’s take Skype as an example:

In your business, check if your product or service encourages, inspires, and facilitates sharing. If you notice space for improvement, now is the right time to meet with your team and figure out ways to naturally integrate viral elements into your product.

You will be amazed at what impact virality will make for your product’s visibility and user-base.

As a company, having a blog is incredibly important in terms of driving inbound traffic. However, publishing lots of blog posts on your own site is not always necessary.

Using Buffer as a case study, the company was able to grow its user-base from 0 to 100,000 within a short period of time. This growth came mainly through the impact of Buffer’s founder, Leo Widrich, guest posting on third party sites.

The primary purpose of Buffer’s guest posts was to attract visitors – a percentage of which will eventually result in click-throughs back, leading to sales and users.

In an interview with Search Engine Watch, Leo advised marketers to “copy from others”. So if your blog is about search engine optimization, study related blogs and find formulas that work for them. Then, know how to use them on your own blog.

Today, it will interest you to know that Buffer has around 1,500,000 users across six continents.

Another company that used blogging to skyrocket its growth was GrooveHQ. By publishing on third party sites in their niche, including KISSmetrics, Buffer, and Shopify, they reached over 1 million people. 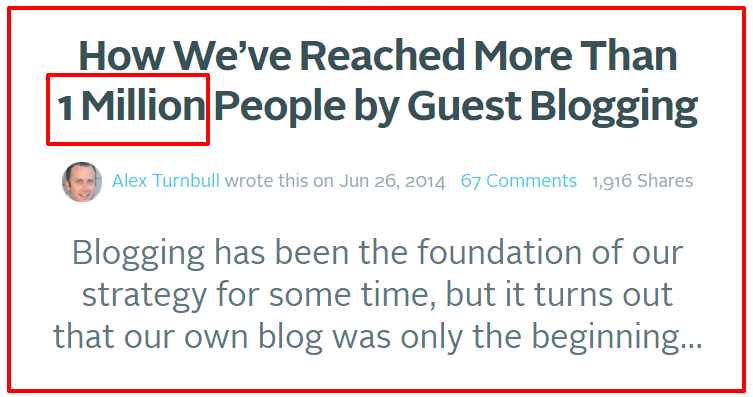 Go here if you want to learn how they did it, and how you can also get a similar result.

This is another smart marketing and growth hacking strategy often used on the internet today. It was also one of the strategies that made Google outrun its competitors when they launched Gmail in 2004.

Back then, the company wasn’t quite the all dominating data-gathering monster we know today. Indeed, no one could be so sure whether Google’s offering would successfully compete with those of Yahoo! and Hotmail.

But Google smartly turned a problem into a great marketing tactic. With little server space available at the time, Google turned scarcity into an advantage. When Gmail was launched on April Fool’s Day (1st April), it was by invitation only and started with around one thousand opinion formers who were able to refer their friends.

This gave people the impression that in registering with Gmail, you became part of an elite club – something that raised demand and interest.

You can also use the strategy to grow your business. Just create something that’s enticing in your industry, and give people the impression that they’ll lose out if they don’t grab it up.

Trust me, if the offer is good enough, you’ll be amazed by the number of people that will beg to be included.

Effective Growth Hacking Techniques To Get You Started

Growth hacking is scalable, flexible, and efficient. It has helped a lot of startups and business owners reach the heights they never imagined possible.

And if you follow the suggestions here, you can find those new heights, too.

For your information, it took Facebook eight years to reach a $50,000,000,000 in valuation. That’s some historical and extraordinary growth which you can also experience in your business if you apply these steps.

Now, I can hear you making excuses…

Growth hacking isn’t a fixed strategy; it’s simply a mindset. If you think you can do it, you can.

You can do it. All you have to do is start.

What are some of your favorite growth hacking techniques? What things on this list have you tried before? What were your results? Share your experiences with us in the comments below! 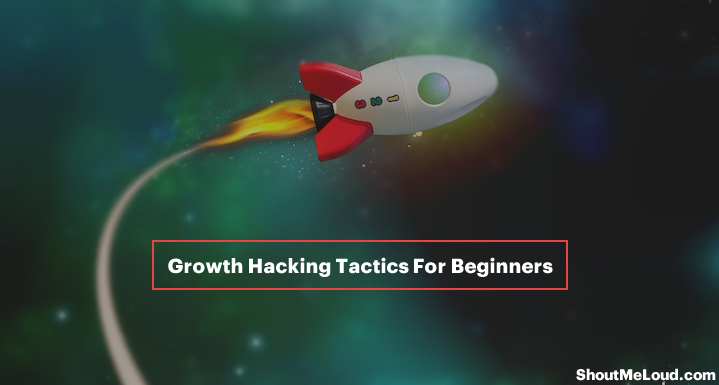