Wait, so that is what you do for a living? You blog?

How do you make money? Blogging? You’ve got to be kidding me!

Those are the most common questions and expressions of disbelief us bloggers have to face when we talk about our work in social circles.

Today (1st December 2017) marks the 9th year of blogging for me. When I started, I knew I wanted to do this. But I would be lying if I said I had seen it all coming and that I would get this far… and successfully at that.

And believe me when I say this today: I have never been more proud of myself. Yes! I AM a blogger.

It may have been 9 years today, but it feels like yesterday when I borrowed my friend’s credit card to buy hosting and a domain name. That is exactly how ShoutMeLoud came into existence. It is hard to believe, but that, my friends, is the actual truth.

Statistically, today is the three thousand two hundred and eighty-fifth (3,285) day of ShoutMeLoud. What this journey has taught me is more than what I have learned during my entire life.

From running a one-man blog to a community that has become a stepping stone for thousands into the world of blogging, this journey has been nothing but satisfying. That rewarding, satiating feeling I get in helping people become their own boss is hard to explain. And all this would never have been possible had I not had the most awesomest people around me, like family and friends.

It’s not just the people who are part of the ShoutDreams team, but our readers (Shouters) like you who believed in the idea that people can live their lives on their own terms. That belief is what has guided ShoutMeLoud this far!

I would like to take this opportunity (our 9th anniversary) to proudly unveil the new brand identity of ShoutMeLoud. But before that let me quickly share the backstory of the ShoutMeLoud logo…

Until today, we used two different logos – both created by my friends.

This one was created by my architect friend, Amit Arya. This has been our logo for the past 9 years and many of you have seen it on our social media profiles. This logo was created on the same day ShoutMeLoud was born. Heartfelt thanks, Amit.

This logo was created by Honey Singh, a friend and a veteran blogger (not old though), who is now a partner at Arm Worldwide. This logo has gone through a lot of evolutions and many of you are accustomed to this logo. Singh also designed the first ShoutMeLoud theme back in 2010 that laid the foundation of ShoutMeLoud’s design. Thank you, Honey.

Even though ShoutMeLoud was started by me, it was never a one-man job. Others have contributed selflessly and that is what has made us one of the biggest community of bloggers out there.

Over the last few months, we (Nimish, Sharat, and I) worked tirelessly on the new design identity as we felt it was important to have a coherent identity across all platforms.

Today, on December 1, 2017, I’m unveiling a revamped brand identity for ShoutMeLoud that you are going to see from now onward.

We loved our existing logos, but with the ever-evolving world of technology, we realized now is the time to have a singularity in our brand identity.

We brainstormed for months and probably roughed up over 40 designs before deciding on one: 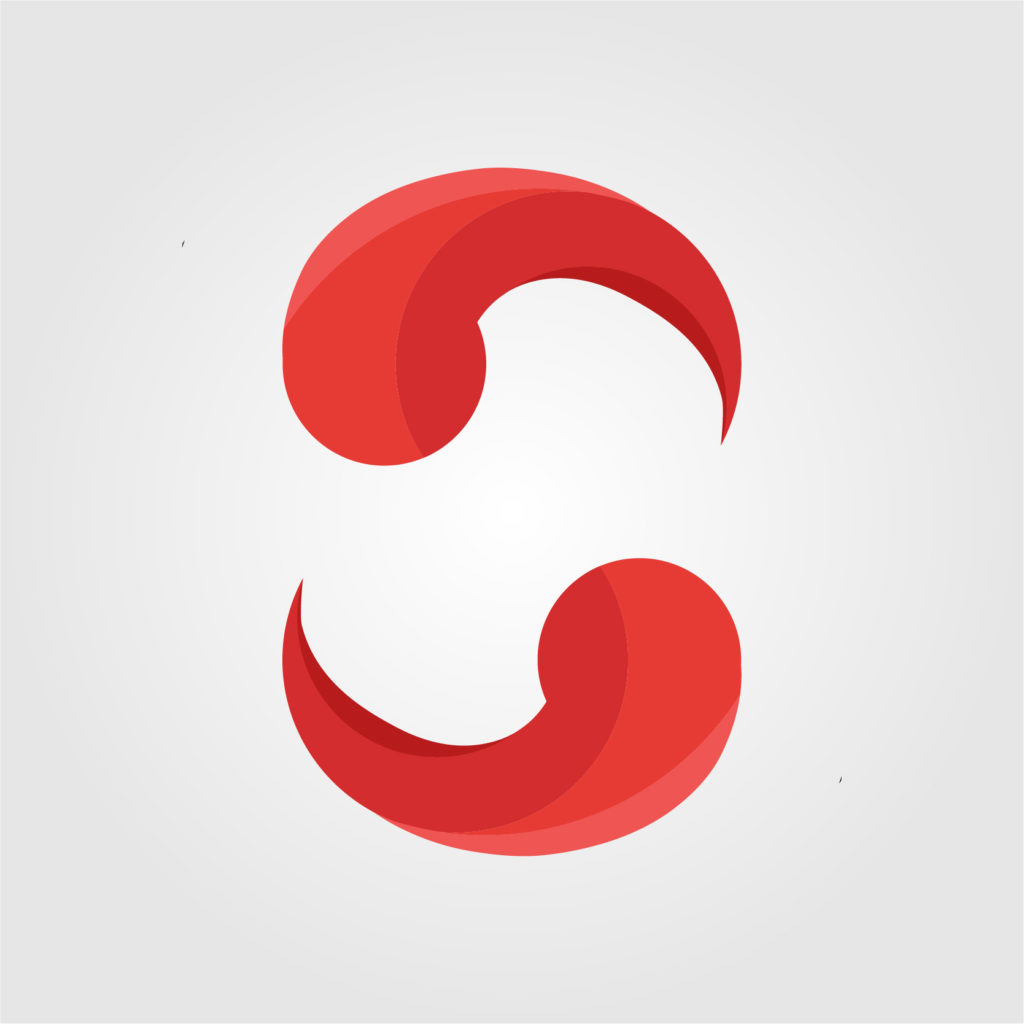 Nimish took weeks, if not months, to come up with the new ShoutMeLoud Logo concept. This logo depicts what we are while also being the first initial of our brand “ShoutMeLoud”.

Here is what the creator of this simple, yet meaningful logo had to say:

“For the new identity, we went back to the drawing board. The aim was to refresh the look with modern design trends, something that represented our growth over the past 9 years. Quote marks have become a way to express ourselves strongly and thus we used quote marks to outline the letter “S”, making it minimalist and modern while our ShoutMeLoud red color adds to the character. The typography is kept simple and clean so readers can spend more and more time reading and loving our blog. After all, it’s user first.”

Here is the new homepage of ShoutMeLoud: 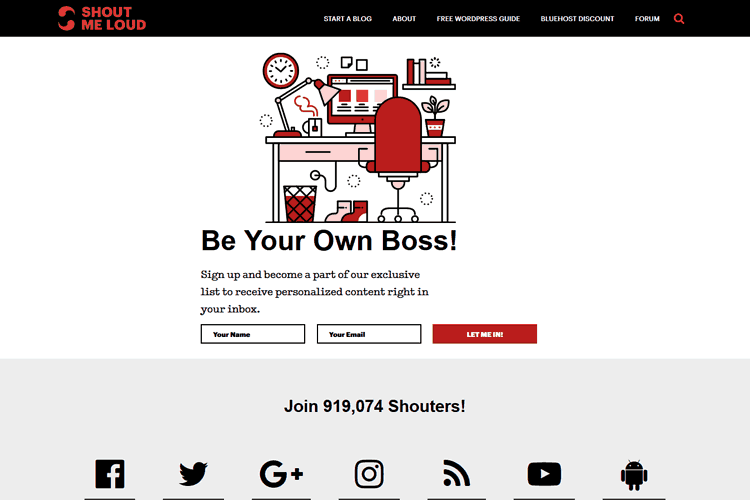 And there is one more thing:

Thank you! This wouldn’t have been possible without your contribution! 🙏🏻

I would love to hear your feelings on this auspicious day in the comments section below. And also, do take a moment to share about ShoutMeLoud’s 9th anniversary on social media.