It is no secret that money has now taken the center stage in the world. It it also comes out at no surprise that filmmakers have considered it as a good point to focus on movies related to money. There are people in real life working through tough times, through their given conditions all for the money. Some manage to cut through the route, while some get into trouble while doing so. Money is no doubt an essential thing in this materialistic world, so it is not uncommon about movies on money.

There are hundreds of movies out there on money, and why wouldn’t they? After all the entire world revolves around money. There are a lot of movies on money – Some are the greed for money and some portray the need for it. The list has been boiled down to the Top 10 Movies about Money and the path to attain it based on a different set of genres – Crime, Thriller, Drama and Comedy! Money has its own definition for everyone, why they want it and how they achieve it; But what’s common is that everyone keeps an eye out for it.

I have already believed in, we become what we see. Movies and videos are best way to motivate us for what we want to do. Here at ShoutMeLoud, we have posted few resources in this series, and if you have missed it:

Below are 10 of the best Movies to inspire you to make More Money. Sometimes the chosen path is not everything, your principles and ideals are more important.

Boiler Room, starring Vin Diesel is an investment drama that is basically a cross between Wall Street and Glengarry Glen Ross. The basic set out is simple — a savvy college dropout makes use of very aggressive cold-calling and turns from running an illegal casino to a seemingly legal investment business. His job as a broker for a suburban investment firm, puts him on the fast track to success, but the job might not be as legitimate as it sounds.

Glengarry Glen Ross is one of those making sense movies with meaningful and intelligent dialogues. The entire movie revolves around a Chicago-based real-estate office going through its tough times. Every salesman is under an immense pressure to close sales or lose their jobs, and we see how far people will go in search of the mighty dollar. A splendid movie on making money.

“Greed is good” is one of the most memorable policy of a ruthless stock broker – Gordon Gekko, who worships money and the power it brings him. Bud Fox is a young broker who wants to work with him, and the lure of success puts Fox on a path that leads to insider trading, shady business deals, fast cars, and fast women. Set in New York in the late eighties, Wall Street is a fast-paced film that puts a shade of light on greed.

The Pursuit of Happyness, is based on the true life story of Christopher Gardner, as narrated in his memoirs. This movie is a rags-to-riches story that really reaches your heart. Gardner, portrayed by Will Smith has a job trying to sell over-priced medical equipment, and it’s not going well. He has to care for his young son, his wife leaves him, and he’s got no income. One particular day he sees a guy driving a sports car and asks how he did it. So, he finally decides to become at trainee stock broker, unpaid and in dire financial straits. This is an epic movie about financial struggles and yet the alive desire to achieve your thing.

Office Space puts a light on the humdrum lives of employees at a software company. Their jobs are plainly dull, they’re facing layoffs, and they’re afraid of being unemployed. It all changes though when Peter Gibbons gets more careless in nature and basically stops caring — which all results in getting a huge promotion. All the bunch of friends chalk out a plan to overcome the situation.

Goodfellas, is also one of those good movies that deals with money, and many would argue so, but Casino is all about the evils of money. Set in the 70’s, the movie revolves around Ace Rothstein – Portrayed by DeNiro, a gambling genius with ties to the mob. He gets asked to run the Tangiers casino, and he ends up turning the place into a gold mine. But along with success, comes the usual trouble, and ends up with people taking full advantage of Ace.

This movie is all about money, exploitation, and revenge. Vincent Lauria is a hot-shot pool player without a clue. Newman is Eddie Felson, a former hustler who knows how to play the game. An excerpt from The Color of Money goes like this —

“If you got an area of excellence…you’re the best at something, anything…then rich can be arranged.”

In this crime thriller movie, money is the root of all evil. Terry Benedict, played by Andy Garcia owns a chain of casinos in Vegas, and all he does is taking pleasure in destroying the competition in order to build his empire. Danny Ocean gathers a crew and plots to rob him of his fortune. But there’s a deeper story that unfolds further on.

Are all the big guns of industry born to do it, or are they made? Will people resort to crime if pushed too far? What will happen if the rich and the poor switch places? These are the questions that two super-rich brothers ask each other, and to find out they chalk out a social experiment plan. They ruin the life of their successful commodities trader and bring a bum from the streets in to replace him. What follows in Trading Places is one of the most funny events ever captured realistically in a comedy film. Trading Places is all but a classic comedy, with great acting and a great plot.

This movie is more about drugs and lots of blood and gore in it.But what reflects more in this movie is the admirable skills and will of Al Pacino (Scarface) who is building an empire from the ground up. This is not one of those making money ethically movies, and I’m pretty sure he didn’t pay his taxes in this movie, but he did pay the price for it, sooner or later. This movie also puts a light on how to win friends and influence people, apart from just making money.

These are some of the best movies that puts a light on money, and from a different angle and viewpoints. Have any movie in your mind that is based on making money or its consequences? Do let know your thoughts and comments below. 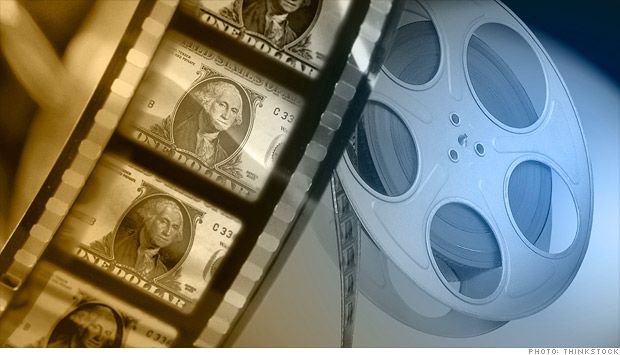