Since Dick Costolo, the CEO of Twitter, announced the update to profile look back in September 2012, users were busy tweaking their Twitter headers for that perfect look.

Twitter headers are not much different to Facebook’s profile covers, only a difference in the dimensions, that’s all it is.

A great looking Twitter header grabs the viewer’s attention in a snap and they instantly hit the follow button. Okay, now I might have exaggerated it, but still, Twitter has also opened out avenues for visual creativity, taking a page out of Facebook’s book.

Since then, many of Twitter’s users have got it right and expressed themselves visually on the network. But that has also left many of the users stumped over what picture to choose and how to format it to make it the best fit.

You can see above my Twitter profile with a dark themed photograph as the header in the background. The text that Twitter allows you is only in whites, so you’ll probably want a background that’s decently dark.

However, Twitter does mess around with your image, adding their own filters and formatting the image by themselves. Twitter darkens your uploaded image, darkens the image, so that the text could be readable. Twitter also automatically applies the rounded corners to images.

TwitrCovers is one of the many websites that are offering free Twitter header covers, but it simply stands out of the crowd with what it has to offer. Twitrcovers has a bounty of high resolution and meaningful covers for everyone.

Not only you could browse the popular header covers, you could also browse through its huge catalog category-wise. If you’re thinking about how a cover would look on your profile, Twitrcover also shows you a demo of how it will appear on a profile, after you select your header.

You can apply directly to your twitter profile from their ‘Make this my cover’ button. But it requires you to follow their website. If you don’t want that, you can select ‘Download this image manually’ and apply it manually into your Twitter edit profile. 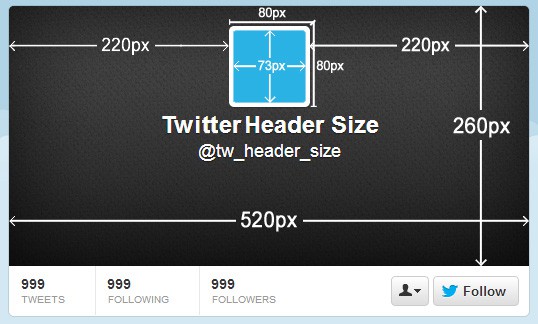