Looking for the best cloud hosting for WordPress?

Over the past few years, cloud hosting has rapidly grown in popularity for a reason – it offers excellent performance and scalability, while still often being cheaper than more traditional hosting products.

While cloud hosting is undeniably a little more complex than beginner-friendly shared hosts like Bluehost or A2hosting, it’s still definitely something that non-technical users can handle, and the performance benefits and cost savings are usually worth the extra learning curve.

In this post, I’ve collected some of the best cloud hosting providers for WordPress. These providers let you harness the power of cloud hosting services such as Google Cloud, DigitalOcean, Vultr, etc. Not only do they make it possible for non-technical WordPress users to use cloud hosting, they’ll also still give you useful WordPress tools, such as staging sites and backups.

For example, does a managed WordPress host like Kinsta that uses Google Cloud infrastructure count as “cloud hosting”?

You could make an argument that it does, but I’m not going to treat these hosts as cloud hosting because you’re not directly interacting with the cloud hosting.

Basically, while these providers do use cloud hosting in their products, you don’t really see the difference as an end-user.

Instead, I’m going to define cloud WordPress hosting as hosting where you actually interact directly with the cloud layer.

For example, it might be hosting like Cloudways where you get a cloud VPS with dedicated resources or it could be something like Closte where you’re only billed on the exact resources that your site needs. Or, it might even be a WordPress hosting control panel that makes it easy to use your own “bare metal” cloud VPS from providers like DigitalOcean, Vultr, or Linode.

The advantages of going “directly” to the cloud like this are that:

However, the disadvantages are that this approach is a little more technical and less beginner-friendly. You definitely don’t need to be a developer. However, if you’re a total beginner, I would recommend staying with providers like Bluehost or A2hosting.

Cloudways is probably the most popular option for cloud WordPress hosting. Rather than providing its own hosting infrastructure, Cloudways is a managed tool that lets you choose your own cloud hosting from the following cloud services:

Once you choose your resources, Cloudways handles setting everything up for WordPress and also gives you useful tools such as staging sites, automatic backups, security, etc.

One key thing to understand is that you don’t get root access to the servers, though you do still get a good amount of flexibility. This is different from some other similar tools on this list.

Pricing depends on the resources and cloud provider you choose. In general, Cloudways charges about double what the cloud hosting itself would cost (this is what you pay for the service and support). For example, a $5 DigitalOcean droplet would cost $10 through Cloudways.

This makes Cloudways very cheap for a single small server. But if you have “large” servers or multiple servers, there are more affordable options on this list.

Closte is probably the most interesting cloud hosting option because of how it handles billing. Instead of paying a flat fee per month for a certain amount of resources (e.g. 1 CPU, 1 GB RAM), you’ll pay based on the exact resources your site uses – down to the CPU HPI and memory MPI:

The advantage of this approach is that it’s 100% fair – low-resource sites will be very cheap, while high-resource sites will pay more, but only equal to their usage. It also means that your traffic can easily spike without the danger of hitting your limits (because there are no limits – you’ll just pay extra based on what your site used for the spike).

However, the disadvantage is that, especially if you’re a beginner, it can be hard to estimate how much your hosting will cost per site. However, the average monthly charge for a website with up to 25,000 unique visitors is $12, which should give you a rough idea of what you should expect to pay. Very small sites could be $5 or under per site.

As for the hosting itself, Closte exclusively uses Google Cloud Platform for its infrastructure and LiteSpeed server for its web server. You’ll also get useful tools such as WordPress staging sites, backups, and more.

RunCloud is a web hosting control panel for any PHP application, including WordPress. It’s a lot like Cloudways in its approach – that is, you can manage everything from the server control panel, while choosing your own “naked” cloud hosting provider.

Two key differences between RunCloud vs Cloudways are that:

With RunCloud, you’ll pay one fee to use the RunCloud hosting control panel. Then, you’ll also need to pay the cloud infrastructure provider directly (e.g. DigitalOcean or Vultr). Cloudways is cheaper than RunCloud for a single small server, but RunCloud is usually cheaper for multiple servers or high-resource servers.

GridPane is another popular option that uses the same approach as RunCloud – it’s a server control panel that you can connect to any cloud hosting provider to easily host WordPress sites – no tech knowledge needed.

However, unlike RunCloud, GridPane is 100%-focused on WordPress, which lets it optimize its entire stack for WordPress sites. Specifically, GridPane uses an Nginx-stack that makes your site load really quickly.

It also still gives you useful features such as WordPress staging sites, backups, firewalls, and more.

The one downside is that GridPane’s pricing makes it pretty expensive if you only need to host a single server – the cheapest plan is $30 per month for GridPane itself, which allows for unlimited cloud servers. As with RunCloud, you’ll also need to pay the cloud hosting provider directly.

Overall, GridPane is a good option for agencies or people building client sites that will need multiple cloud servers, while RunCloud probably makes a better option for individual users just looking to host a few sites because it’s more affordable.

As with the shared plans, SiteGround’s cloud hosting is powered by Google Cloud. However, the key difference is that you’re getting dedicated resources, as well as all the features from SiteGround’s shared plans like staging sites, server-level caching, and more.

This is a little bit expensive compared to other cloud alternatives. For example, paying that price on Cloudways/DigitalOcean would get you 4 CPU cores, 8 GM memory, and 160 GB storage. Still, for those who like SiteGround and want to stick with SiteGround, this might be worth it.

All of Templ’s plans are powered by Google Cloud Platform. You get dedicated RAM, but for CPU resources, you get a mix between some dedicated resources and some shared resources. You’ll get at least 12.5% of CPU, but you can “burst” up to 100% of 1 CPU during brief periods of heavy load.

The idea is that your site always has dedicated resources, but it can also eat into shared resources during short periods where you need to scale up your site.

As a managed WordPress host, you’ll also get features such as staging sites, backups, etc.

Which Is the Best Cloud Hosting for WordPress Users?

If you’re not sure where to start, Cloudways is probably the best cloud hosting for WordPress as it’s affordable, user-friendly, and lets you choose your own cloud hosting provider.

However, Cloudways can become expensive if you need to host multiple servers or you need a single high-powered server. In that case, you might be able to save money with something like RunCloud or GridPane. Both offer a similar approach to Cloudways, but in a little more technical package because your cloud hosting and server control panel remain separate.

At any of these first three options, you should consider using the Vultr High-Frequency servers, as they offer excellent performance for the money.

Finally, Closte is another really interesting option because of its unique billing model. If you like the idea of only paying for the exact resources that each site consumes, it can be a great option. However, beginners might find it a little confusing because it’s hard to estimate how much your site will cost.

Do you have any questions about choosing the best cloud hosting for WordPress? Ask in the comments! 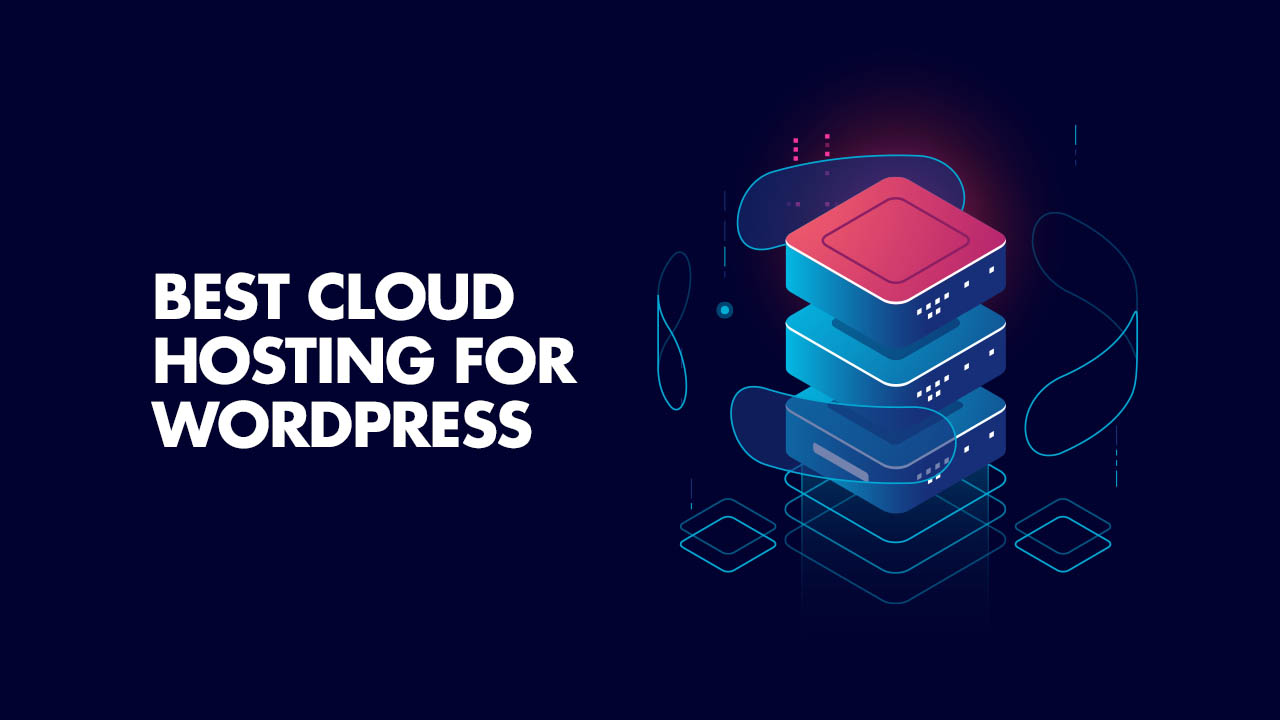