When it comes to websites, speed is important.

How quickly your website loads affects everything from your visitors’ user experience to your conversion rates and ultimately where your site ranks in Google’s organic search results.

A lot of us don’t pay attention to speed when picking a web-hosting company and later on regret as our hosting company plays a major role in the overall loading time of our blog.

All that adds up to the fact that you need to put a focus on making sure your WordPress site loads as quickly as possible. A big part of that is installing tools and plugins to help your site load faster.

But the other part is choosing the fastest WordPress hosting possible. Optimizing your site certainly helps, but at the end of the day, your page load times will always be limited by the server that your WordPress site sits on.

So if you’re looking for a place to host your WordPress site that will help it load quickly, read this post for a look at three of the fastest WordPress hosting providers out there.

The pricing starts at €99 monthly.

You can use coupon code “GETSTARTED” to get €100 off on your first invoice.

While I recommend Bluehost’s shared hosting to beginners because of its affordability, if you’re looking for even faster page load times, you’re better off going with Bluehost’s optimized WordPress hosting.

While it is a bit more expensive than Bluehost’s shared hosting plans, you get a number of features that can make your WordPress site load faster.

Let’s start with the big reason your site will load even faster on Bluehost’s WordPress hosting:

That means you get your own portion of a server entirely to yourself. With shared hosting, your server’s resources are shared among all the sites on that server. But with the VPS technology, you never need to share, which means there’s no danger of your site slowing down because of what someone else is doing.

But that’s not the only improvement…

Other benefits of choosing Bluehost’s WordPress hosting include:

Like I said, you will pay more than Bluehost’s shared hosting, but if you’re looking for the fastest WordPress hosting, it’s still a pretty good deal:

Bluehost’s WordPress hosting starts at $19.99 per month and goes up from there.

You can view a full pricing table below: 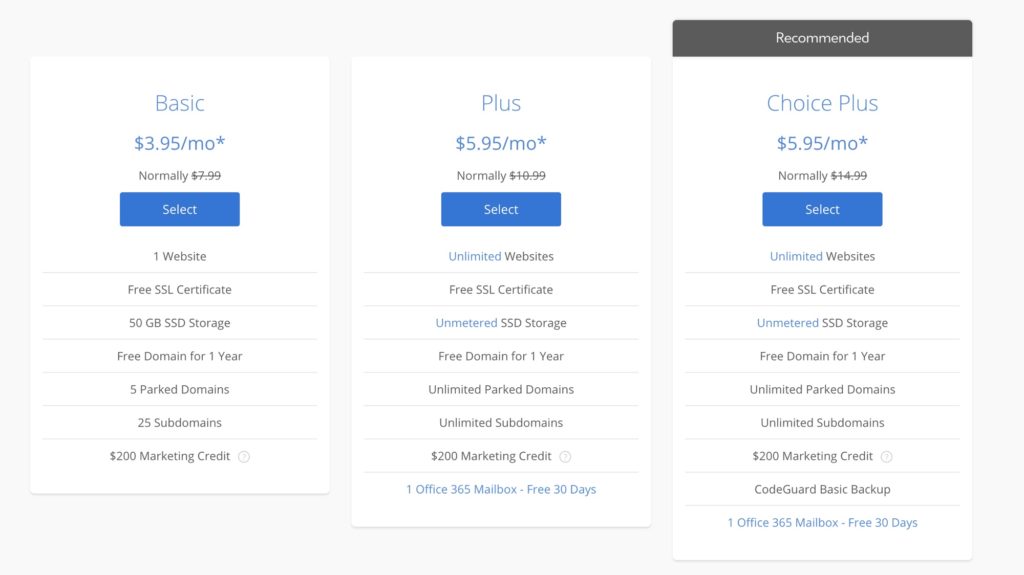 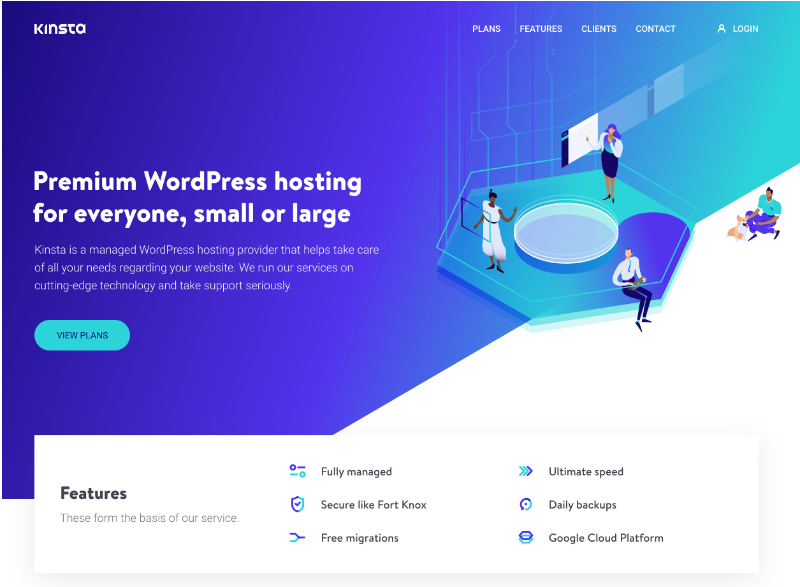 If you want the absolute fastest WordPress hosting and are willing to pay a high price for it, Kinsta offers the best performing server and configuration for running a fast WordPress website.

Kinsta is actually where I’ve been hosting ShoutMeLoud for the past two years or so.

If you want a deeper look at Kinsta, I suggest that you read my full Kinsta review.

Everything about Kinsta is optimized for performance and speed.

First, they use the Google Cloud platform to power your site. Yes, that means your website runs on Google’s infrastructure when you host with Kinsta. And Google has a pretty good reputation when it comes to the internet!

But it’s not just about the Google Cloud platform, Kinsta also uses all the right technology to ensure that your WordPress site loads blazingly fast.

When you put all of those performance-enhancing technologies on top of the Google Cloud Platform, you get incredibly fast page load times.

Beyond performance, Kinsta also has a ton of other helpful features that I talked about in my full review:

As I said, Kinsta does charge a premium for its premium service.

The cheapest plan is $30 per month. You can anytime one click upgrade to next plan as well. 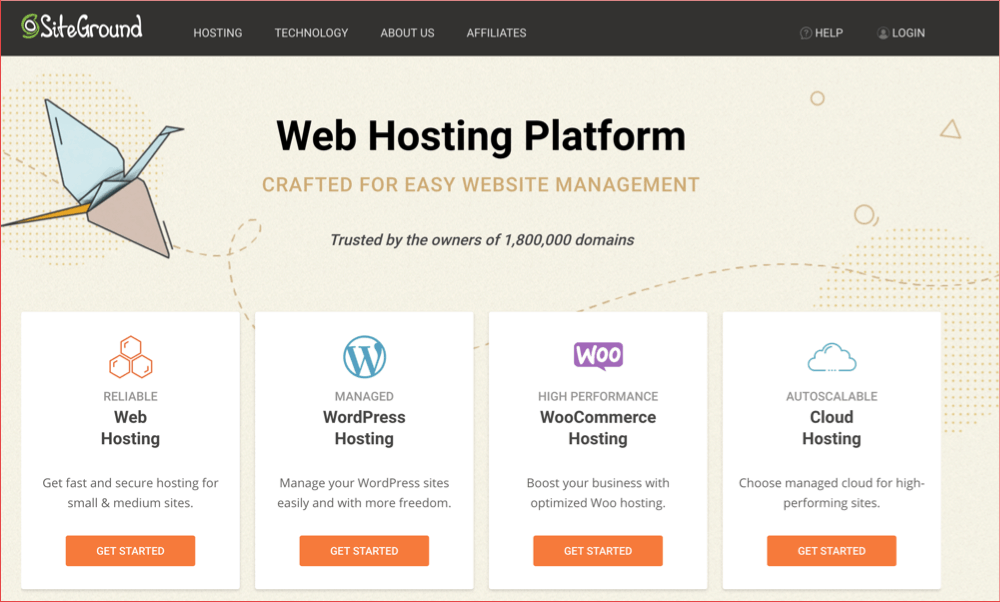 Unlike the other two hosts, SiteGround’s WordPress hosting is shared hosting. And while that fact alone isn’t great for performance, it does include a ton of other high-performing technologies that most hosts don’t offer.

And on the higher-tier plans, you’ll also benefit from SiteGround’s three levels of server-side caching to further improve your site’s performance.

Beyond those performance features, SiteGround also gives you:

While SiteGround doesn’t use NGINX like the other two hosts, it’s still one of the fastest WordPress hosting providers that you’ll find in this price range. 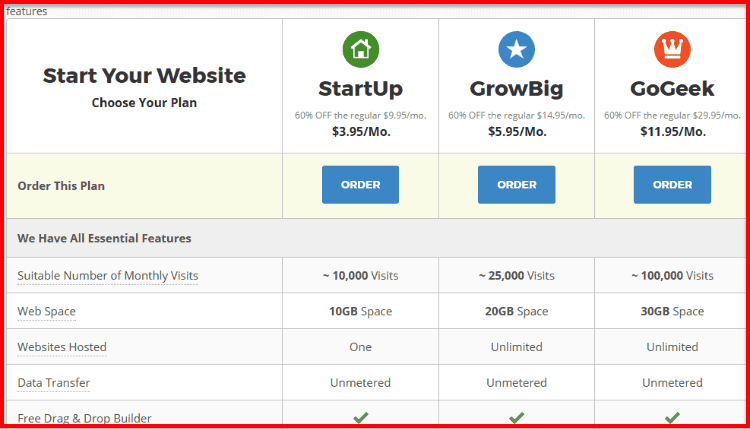 Which Of These fastest WordPress Hosts Should You Choose?

All three of these hosts offer fast page load times and great performance. For that reason, I think your decision should mainly come down to price.

If you’re still getting started and aren’t ready to pay $100+ per month for WordPress hosting, then you might be better off going with Bluehost or SiteGround. While I can’t promise that they will be as fast as Kinsta, both offer great value for the money.

On the other hand, if you want the absolute fastest WordPress hosting and are willing to pay for it, then I think you should choose Kinsta for its high performance and customer support. It’s where I host ShoutMeLoud.

Do you have any recommendations for a WordPress host that loads fast? Tell me about it in the comments!

Here are a few hand-picked articles for you to read next: 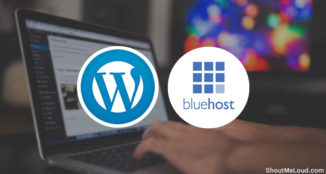 How To Install WordPress On Bluehost Hosting in 2020 – Complete Tutorial 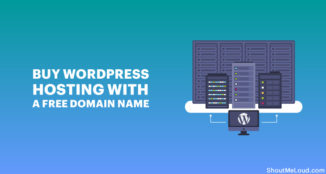 This article does contain affiliate links. If you purchase a tool through one of my links I will receive a small commission at no additional cost to you.