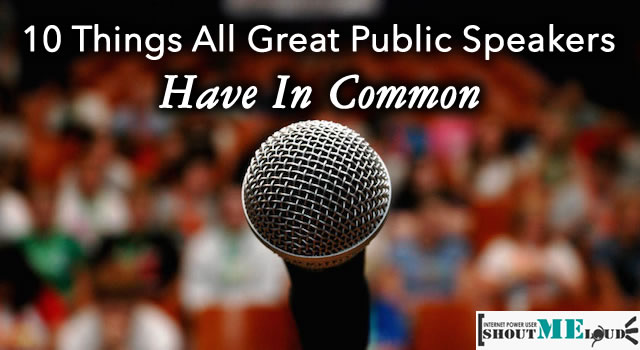 When was the last time you gave a talk to a crowd of more than 5 people and felt great about it? No, your toast at your cousin’s wedding doesn’t count! Your palms go sweaty and your knees go weak just at the idea of speaking in front of a crowd-full of auditorium. There isn’t anything dreadful in this world than fear of public speaking, right?

I myself, being a typical introvert, have been an awful speaker, trust me, but have worked it along the way. I over-analyse, and that has helped me in observing the way great speakers deliver their memorable speeches. Words work like magic, words, when delivered efficiently have the power to have a hypnotic effect on the audience. Here is an image from last public seminar by Harsh Agrawal. 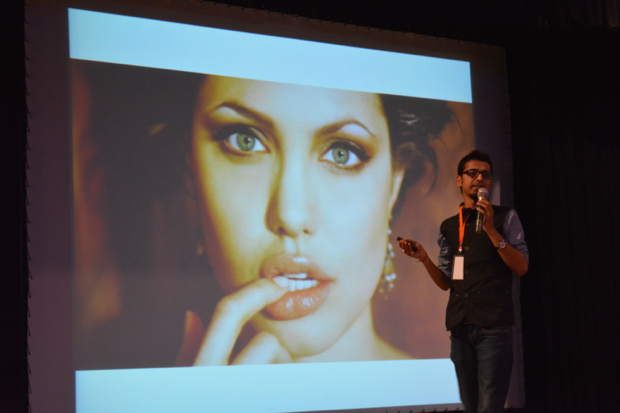 The only thing that sets apart great speakers from the ordinary ones is this hypnotic effect that they have on their audience. Involving your audience into what you have to say is a tough thing to do, but not an impossible one. You might have been asked, or might have to regularly give presentations and speeches in whatever field of line you may work. These handy tips might help you in your next presentation and earn extra marks for your methods.

We will go about looking at how the great speeches were delivered keeping in mind all the qualities these world-renowned speakers shared in common.

How To Become Most Memorable Stage Speaker

“All that begins well, ends well.”

A great speech begins with a great opening. A great opening builds the necessary curiosity for your remaining part of your presentation. The best method to build momentum for your presentation is by taking care of your beginning lines. The beginning few minutes of your speech is how your audience will judge you and all of your remaining story will revolve around your first impressions.

“Good morning. How are you? It’s been great, hasn’t it? I’ve been blown away by the whole thing. In fact, I’m leaving.”

Deceptively simple, yet effective, Sir Ken Robinson has started off his talk on schools killing creativity in an entertaining manner. This gets the crowd cheering and sets the tone of the talk. He makes an entertaining and profoundly moving case for creating an education system that nurtures creativity.

“Sadly, in the next 18 minutes when I do our chat, four Americans that are alive will be dead from the food that they eat. “

He has managed to start off his talk with not so pleasant statistic and maintain the audiences’ attention with it. The stat gets the audience thinking, sympathetic, curious and attentive, all at the same time.

Relate to the audience 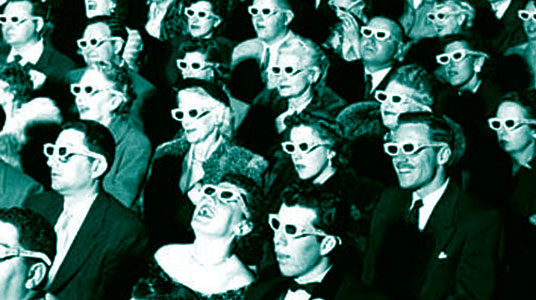 As the wise Maya Angelou once said:

The way you make people feel is much more important than what you say. Speaking isn’t about you. Yes, it is really isn’t in no way about you. It is not about the way you perform. Speaking is all about your audience.

The biggest motive of your speaking should be to give a piece of what you learned to your audience. Speak to the audience in the way you talk to someone you care about. Engage your audience by relating to them.

At about halfway along his talk, Dan Pink makes an explicit connection with the audience in the room.

“Think about your own work… everybody in this room is dealing with their own version of the candle problem.” [7:49] 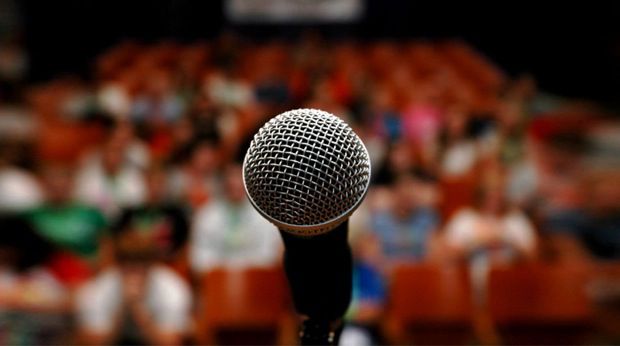 The only way to assert your high expectation statements is by combining it with statements of confidence. Support your highly assertive statements with confidence notes that it could be achieved. This adds an adrenaline sense of motivation among your audience.

Here’s a few statements by Winston Churchill that assert confidence:

“I cannot doubt that we shall achieve our common purpose in the end.”

“We must, and I believe we shall, prove ourselves equal to this severe requirement.”

“I feel eventually there will come – the principle of common citizenship, but that we may be content to leave to destiny.”

Work it in Triads

Triads work magically in speeches. The only thing I have paid attention to most is that all of the successful and famous speakers have used it quite often. Triads is the organization of your content in groups of three.

Organize your points in groups of three and deliver it timely for an effective speech. Finding triads in the speeches of great men is nothing different to finding happy kids in a candy store!

“Humbled by the task before us, grateful for the trust you have bestowed, mindful of the sacrifices borne by our ancestors.”

“Struggled and sacrificed and worked”

“Birth or wealth or faction”

“We must pick ourselves up, dust ourselves off, and begin again the work of remaking America”

“To spend wisely, reform bad habits, and do our business in the light of day”

“The justness of our cause, the force of our example, the tempering qualities of humility and restraint.”

Obama might not perfectly understand the economy of America, but sure does know how to make the most of triads in his speeches.

“Opportunity is here now, clear and shining for both our countries. To
[1] reject it or
[2] ignore it or
[3] fritter it away
will bring upon us all the long reproaches of the after-time.”

“Too many organizations are making their decisions… based on assumptions that are (1) outdated, (2) un-examined, and (3) rooted more in folklore than in science.” 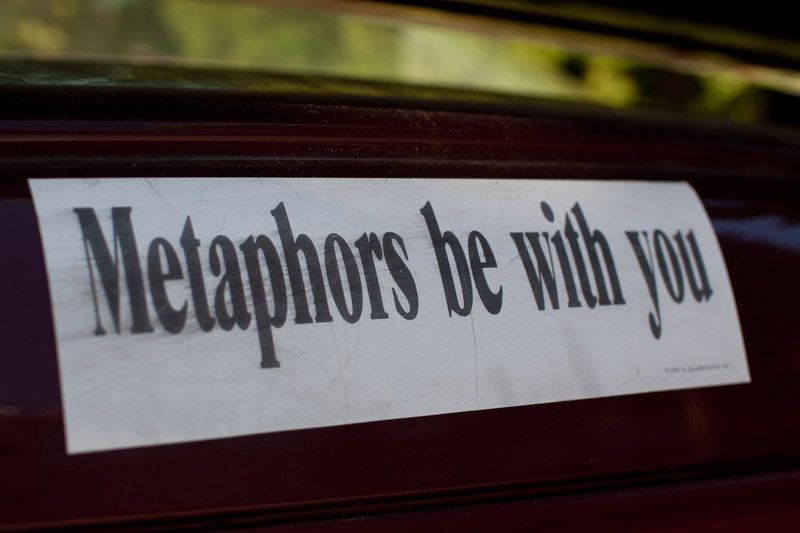 Gifting your audience a hearty laugh timely won’t damage you, in fact would be a boon for you. Instead of boring your audience who are already sitting their with their grim faces wondering why the heck did they attend your talk, make them laugh from time to time to set the mood.

An interesting speaker is the one who could make the audience laugh the most in his twenty minutes of talk, without getting off track. By saying making your audience laugh, I do not mean you must become a stand-up comedian to be a great speaker. A great speaker will always manage to find some humor in his talk. Who would you prefer? The one just blabbering stats and figures that could also be read on the presentation or the one who sugar coats his words with his wits and humor?

“From Stettin in the Baltic to Trieste in the Adriatic, an iron curtain has descended across the Continent.”

(A Metaphor to signal the distinction between western and eastern Europe.)

To give security to these countless homes, they must be shielded from the two giant marauders, war and tyranny.

Here are the title deeds of freedom which should lie in every cottage home.

“I need to make a confession. I did something I regret… in a moment of youthful indiscretion, I went to law school.”

“I never practiced law a day in my life. I pretty much wasn’t allowed to.”

“Is this some kind of touchy-feely socialist conspiracy going on here?”

Time of the talk:18 minutes; Attempts at Humor: 10

This is the most watched TED talk and no wonder why. Ken Robinson is the master of humor in speeches and has amassed a lot of laughter from his audience. He sure does know how to keep his audience entertained throughout his talk.

” It’s a way of getting their head to meetings. If you want real evidence of out-of-body experiences, by the way, get yourself along to a residential conference of senior academics, and pop into the discotheque on the final night.”

“I saw a great t-shirt really recently which said, “If a man speaks his mind in a forest, and no woman hears him, is he still wrong?”

If you have seen his entire talk, you must know by the number of times you have laughed. Ken Robinson has managed to make his audience lagh almost once per minute!

Most of the speeches I have listened to is nothing more than a monologue. Do no, I repeat, do not make your speech a monologue. Engage your audience with asking rhetorical questions in-between.

“What then is the over-all strategic concept which we should inscribe today?”

“Would a special relationship between the United States and the British Commonwealth be inconsistent with our over-riding loyalties to the World Organisation?”

“Why cannot they work together at the common task as friends and partners? Why cannot they share their tools and thus increase each other’s working powers?”

“Everybody has an interest in education. Don’t you?”

“The whole purpose of public education throughout the world is to produce university professors. Isn’t it?”

While a lot has been said about speaking, you can’t neglect the mannerisms of the speaker. The vocal levels and gestures matter a lot while delivering speeches. Vocals and gestures are unique to everyone and polishing ones mannerisms would make a great impact on the audience.

Although the biggest drawback of Dan Pink’s drawback is his finger waggling, he has quite mastered his voice emulation and gestures. For a point in the presentation, to demonstrate low, medium and high rewards, Pink uses his arm level, instead of a boring PowerPoint slide. His use of emphasis, pauses and varied pace are all a well done piece of art.

These gestures and vocal emulations not only helps to convey the speaker’s enthusiasm and convictions, but also helps to aid thoughts through drama.

“A shadow has fallen upon the scenes so lately lighted by the Allied victory.”

“But something strikes you when you move to America and when you travel around the world: Every education system on earth has the same hierarchy of subjects.”

“And my contention is, all kids have tremendous talents.”

Make the most of Repeating

The frequent use of repetition gives rise to the obvious, bu the subtle use of repetitions would highlight key phrases efficiently. Repeating key theme words throughout the theme would work wonders.

Example: Martin Luther King Jr., I have a dream

Here’s how frequently key theme words have been repeated in ‘I have a dream’:

Practice makes a man perfect, and the only way to master public speaking is by practicing it often. Give a speech in front of the mirror, to gain more confidence and take a look at the man the audience is about to bear for 20 minutes.

Organize all of your stories, what comes first, what comes last, and practice till you feel you are at your best. One of the greatest speech deliverers, Steve Jobs was rumored to have rehearse his entire keynote speeches and product demos alone on the same stage where he announced them, many times.

Steve Jobs, arguably one of the best people to look to for public speaking, and how can we forget his commencement speech given at Stanford back in 2005. He delivered one of the all time best commencement address in the entire history.

Conclusion: Learn from the masters

No matter how great of a speaker you might be, something you intend on doing has already been done before. And the best way is to learn it from the masters of the trade.

Do you have additional tip for others to become memorable public speaker? Do share this awesome public speaking guide with others on your social-network.