Have you been creating a To-Do list for yourself and still failing to complete all the task? Is it the lack of motivation or are you also making a wrong To-do list? Let’s find out how you can create one such list that will make you achieve your work within deadline. 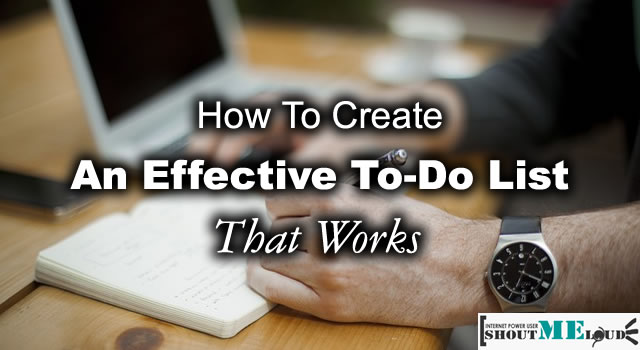 We as humans have always been a bunch of unproductive inadequacies. Now that’s a strident comment, but that’s the way we all have been hardwired as. The earliest form of listing tasks and goals could be dated back to the prehistoric days where the carvings of food, fire, and protection against animals were a part of their everyday tasks and it reminded them of their duties.

Coming a little into the early 19th century, Charles Schwab, a steel tycoon, and a business magnate was the earliest implementer of to-do lists in the workplace. He introduced a system called ‘Taylorism‘ in his workplace and promised rewards for his employees who would increase their productivity. Then came Ivy Lee, considered as the founder of modern public relations. He suggested this for which he was paid a hefty $25,000 back in those days:

Every employee had to write down six tasks each day, and then rank them in the order of their priority, with the highest priority task topping the list. They were to immediately begin with the first one on the list and eventually complete the rest for the day. If any task got left out, it was carried forward for the next day. The productivity of its employees increased by three-folds in a period of just 90 days!

Here’s what List-fan, Philosopher and novelist Umberto Eco have to say about it:

“The list is the origin of culture. It’s part of the history of art and literature. What does culture want? To make infinity comprehensible… And how, as a human being, does one face infinity? How does one attempt to grasp the incomprehensible? Through lists…”

Here’s a look at Benjamin Franklin’s daily routine, that was also recorded in Franklin’s little Book of Virtues: 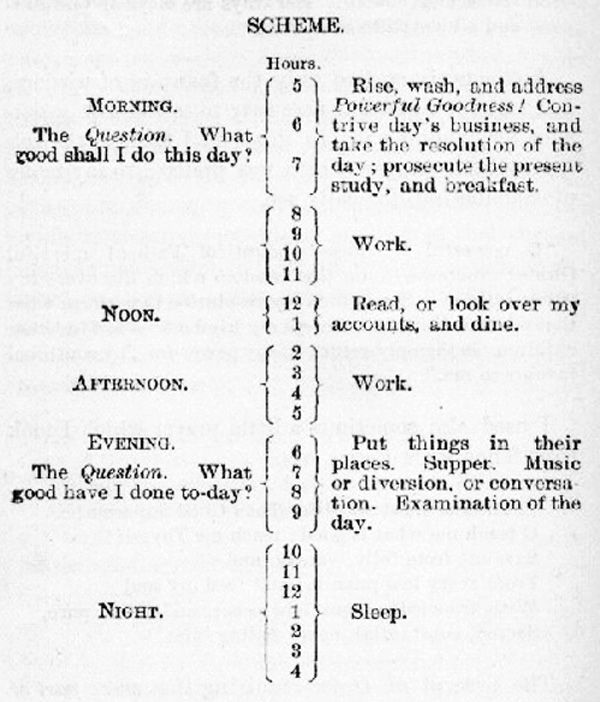 How To Build A To-Do list that Actually Works?

We all tend to have a lot of plans and tasks pinned down on to us, and we are not in the best of situations to juggle through the demands of life with ease. Juggling between work tasks and daily routine tasks has become quite irksome. That’s where lists help you out. Lists can only get you either a procrastinating machine or a productivity beast, it depends on how you make use of it.

Here are the tips that you will always need the most while building a To-Do list that actually gets the best out of you. 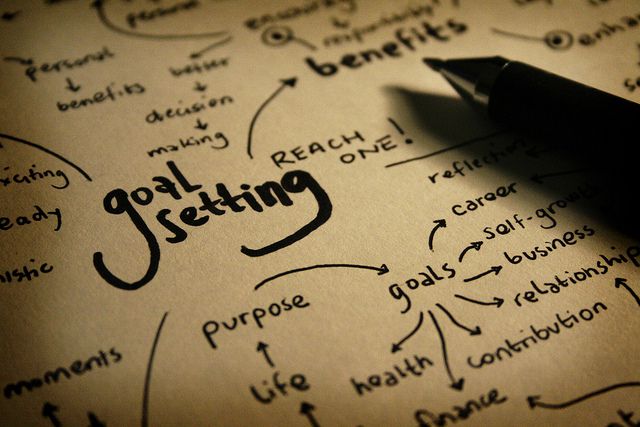 No point in seeing your daily tasks with your rose-tinted glasses. Re-think every task that you are adding to your list, if it really needs to be listed or could be completely avoided. The main problem with unrealistic goals and a higher number of tasks is it frightens you at the day’s beginning and ends up being a frustration at the end of the day.

Benjamin Franklin, although with his pretty good to-do list couldn’t manage to complete his tasks properly and he felt bad for it. He also had his printing business to look after and sudden occurrences of client-meetings caught up his time, and his tasks went unfinished.

Make sure those tasks are important and would be given with sufficient time of your day to it. If you have no time for an additional task, no point in filling up your daily to-do list with inadequacy and frustration. Set yourself Realistic tasks, and a realistic number of goals per day, don’t overdo it.

Prioritize with due diligence 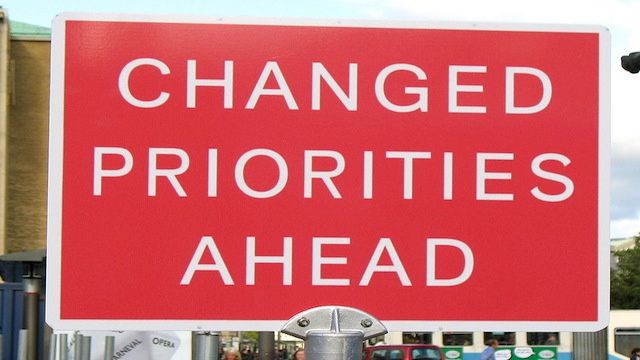 Do you want to have an all-slashed to-do list? Learn to say “NO” to things. I have always strongly believed in a minimalist approach to things and that is what gets you more productive. Here’s an amazing story on prioritizing tasks:

When a psychologist was invited to give a talk at the Pentagon on managing time and resources, he decided to warm up the elite group of generals with a short writing exercise. He asked them all to write a summary of their strategic approach limited to 25 words.

The exercise stumped most of them. None of the distinguished men in uniform could come up with anything.

The only general who managed a response was the lone woman in the room. She had already had a distinguished career, having worked her way up through the ranks and been wounded in combat in Iraq. Her summary of her approach was as follows:

“First I make a list of priorities: one, two, three, and so on. Then I cross out everything from three down.”

Once you have set yourself tasks for the day, cancel out everything that is below a few of the high priority tasks. Separate the wheat from the chaff and what you get is a refined version of your to-do list that is more than accomplish-able. Eliminate unwanted tasks and tasks of a low priority altogether to concentrate on tasks of the highest priority. Learn to Delegate your tasks, and you will be already halfway there.

The biggest hindrance to your To-Do list is the way you build it. I can tell by the look of a list if that is going to be completed or not, I have seen many, and trust me, they themselves create the roadblocks in their pursuit of task accomplishment.

You can see how the roadblocks in the to-do list have been eliminated and replaced with a Do-able task. Break down your projects into tasks that are do-able.

A project comprises of numerous small tasks and make a sub-list of those tasks which wouldn’t take more than 5 minutes of your time, they are easy to accomplish and set the pace of your work.

Also, make sure to make the list as detailed as possible; list all the important details like phone numbers, emails or names in them to avoid the conundrum it creates later.

“Micromovements are tiny, tiny little steps you can take toward completions in your life. I’m a recovering procrastinator and I have a short attention span, so I invented micromovements as a method of completing projects in time spans of 5 minutes or less. I always feel like I can handle almost anything for 5 minutes!”

Do not forget Time Management 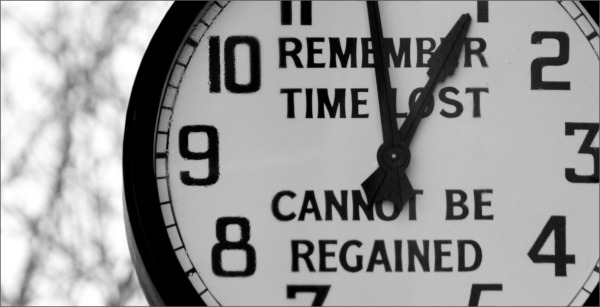 Stay away from the Zeigarnik effect 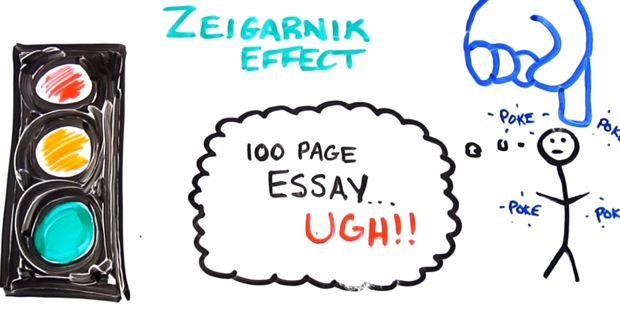 The Zeigarnik effect is an in-built reminder system that reminds us of our tasks. So, every time you have a nagging feeling about a task that is left unfinished, that is Zeigarnik effect.

The solution for this? Concentrate on the Immediate Task

The only thing you need to focus on after the completion of a task is its immediate next one. Forget about the later tasks and focus on the immediate one.

Never forget to keep your to-do list flexible. You never know what work is going to pop-up between the tasks that you have planned. Keep a cushion gap of 15 minutes in between tasks to allow you some time for unplanned tasks that show up unexpectedly.

Also, the tasks that have been left out or unfinished should be pushed for the next day, instead of scrapping them out-rightly. Today’s left-out tasks should be on the high-priority of tomorrow’s tasks. If crisis strikes in between your planned tasks, you need time to breathe, so, keep it a bit flexible for your convenience.

What else can I say? – “Practice makes a man perfect”. What works for someone might not work for you and vice-versa. You never know until you try. Keep practicing the art of maintaining an efficient To-Do list and make the tweaks needed to it as per your demands and get more productive in your errands.

You should make it your weekly ritual to keep track of your accomplishments and tasks that have been lying in the dust for a long time and purge them if not needed anymore.

Repeat all the tasks and keep making lists and following them, till one day it gets ingrained into your work and life ethics.

So, how do you find To-Do lists? An effective tool or a waste of time? Shout out your experiences and thoughts on maintaining and following a to-do list below.