Let’s start this article with a story about Steve Jobs and Mac.

Many years back, during testing, the Mac took a few minutes to start up. Steve Jobs was furious that it took so long.

He had this to say:

“Well, let’s say you can shave 10 seconds off of the boot time. Multiply that by five million users and that’s 50 million seconds, every single day. Over a year, that’s probably dozens of lifetimes. So if you make it boot ten seconds faster, you’ve saved a dozen lives. That’s really worth it, don’t you think?”

The Mac series of laptops are definitely some of the most solid devices out there compared to their numerous competitors.

Compared to Windows, the Mac is:

It’s a well thought out machine and this can be attributed to the late Steve Jobs’s obsession with the product.

This kind of obsession undoubtedly makes a great product.

It also makes it a haven for software developers to create wonderful software applications.

Today, we’ll talk about the best social media tools for the Mac OS.

Social media tools are ubiquitous now. A lot are online applications that help in creating content, posting content, and creating systems of automation. But many software developers have been/are still creating applications for the Mac OS.

Why would you use Desktop Apps instead of Web Apps?

Why would a developer create a desktop application when access to the original web app is a few clicks away through the browser?

One reason is dedicated control and arrangement of features.

A desktop application on the other hand just has to be functional. They give a user the bigger picture by allowing them to access content easily and perform actions with a few simple clicks.

I would say desktop apps are for core users.

So without further ado, let’s get into the best social media tools for the Mac OS.

Note: In our analysis of applications, we’re using the following metrics:

You may not be aware of this, but the Mac OS has built-in features that can bring social media right to your OS. All you have to do is go to:

You can individually set up these accounts so that they are integrated into your OS.

If you are familiar with social media, then you have likely heard of Buffer.

For those of you who aren’t aware, Buffer is a tool used for social media automation where you can schedule your posts to go out at specific times.

Apart from saving you time, scheduling also helps in getting your content out at the right time so you can reach the maximum number of people.

Buffer for Mac is a simpler version of the online tool. When you login through your registered Buffer account, all of your accounts are displayed. 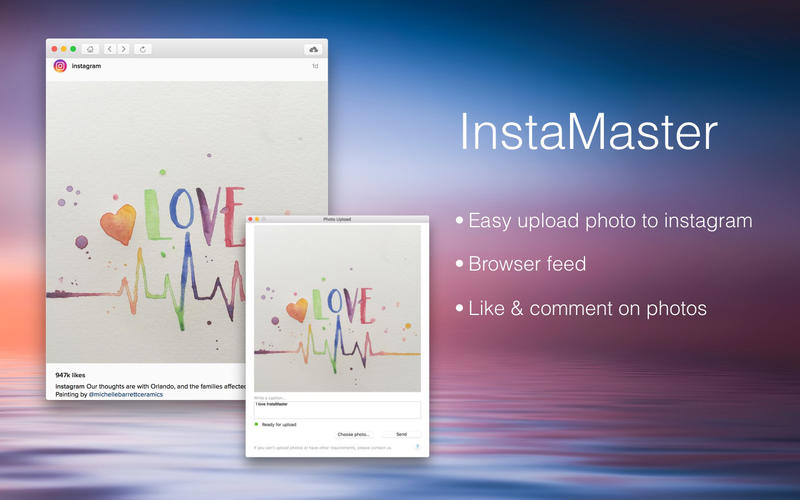 You can also save and upload photos (although uploading has some restraints).

Tweetbot is one of the most popular tools for Twitter.

We can say with confidence that this makes Twitter 10 times better.

Tweetbot makes Twitter much more fluid making it perfect for social media teams that are monitoring and tweeting constantly.

The interface is columnized to allow multiple pieces of information to be shown at once. Users can see their timeline, direct message conversations, and also a list of mentions side by side.

This gives a bird’s eye view of your Twitter activity.

If you are tired from the constant flow of content and want to see only specific posts, then you can use the “mute” feature where you can temporarily “silence” people, hashtags, and tweets.

You can also hide tweets forever (or for a short period of time).

If done carefully, Reddit can make your content go viral in a short amount of time. If you are an expert Redditor who is looking to make their content go viral, Milkeddit will be of immense value.

With simple swipe actions you can:

You can also reply, comment, and upload images without any third party software.

There’s also an option to change the theme of your software.

There is a favorites bar in which all of your favorite content can be saved for future consumption.

Content that is NSFW or already read can be hidden to avoid repetition (or awkward moments).

It has a minimalistic interface which makes it a breeze to use.

Pin Pro is a tool for Pinterest that will take your Pinterest addiction to a whole new level.

There is a “stealth mode” feature that lets you control the opacity of your Pinterest window which makes it so transparent that only you can see it. I’m not sure if that feature is really to die for, but it’s there…

Images can be uploaded through this application and you can also pin your favorite content.

For serial Pinterest users, this is a great piece of software to keep tabs on your page.

This is the “lite version” of Pin Pro.

This version lets you browse through your Pinterest feed and nothing more.

We’ve already covered this in a previous article, so we won’t go into great detail here.

GIFs are doing really well on social media. They are easy to consume and they tell a story in a few seconds.

One can always go to Giphy.com to get memes that represent different things, but if you want to create your own GIF, then you need a tool.

Gifox.io is a perfect tool for making a GIF. It’s completely seamless and the output is great.

(If you work with GIFs, then you must be aware of the massive size of some of them! To have the optimum file size, you will need a GIF compressor like Gifmaker. With Gifmaker, you can resize the GIF by tinkering with the quality.)

For those of you who have used/are using Mac applications for various social media activities, can you feel the difference between a Mac app and a native browser application?

Also, what other Mac apps help you get social activities done from your desktop?

Let us know in the comments below!

Did you find this list useful? Share it with your friends on your favorite social media sites! 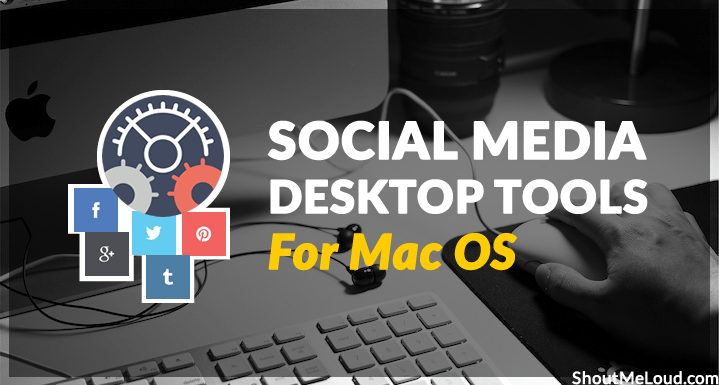