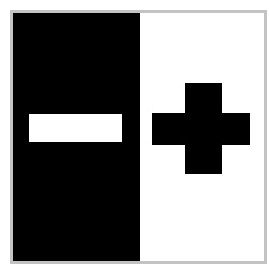 There are two ways to get ahead of the competition.

Either you establish yourself as a better option.

Or you prove your rival to be worse. The same goes with SEO, at least as far as the concept of negative SEO or anti-SEO has been making the rounds on the web.

Even today, negative SEO is a matter for important concern for many website publishers or online businesses. 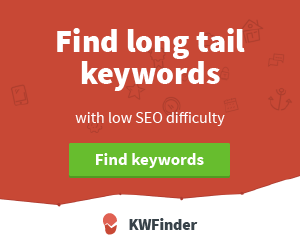 Usually, you’ll hear that there’s nothing like negative SEO.

If Google has to be believed (which you have to, as long as you are fairly Google-dependent), there’s almost nothing a competitor can do to harm your keyword rankings. Then Google comes up saying that it works really hard to prevent a rival from harming a specific site’s search rankings.

If there’s no such thing as negative SEO, why does Google try to prevent it? This is a question that any inquisitive guy like me would ask.

Moreover, why does someone need a Disavow Links tool?

Right from the day the concept or issue of negative SEO emerged, it’s also been associated with a lot of guesses. Webmasters have been continuously thinking when something like this can happen, how it actually happens and what do once someone’s in trouble due to reverse SEO.

Well, there are both myths and facts.

Though negative SEO is very real (under certain situations), it’s also given rise to plenty of myths. If you lack adequate SEO knowledge, it’s quite easy to give in to the most common myths of negative search engine optimization.

The biggest of these myths is, it can happen easily, with anyone. To tell you the truth, negative or anti-SEO also requires tons of knowledge in order to implement such a campaign with all the effectiveness. Moreover, large businesses or companies are mostly targeted by spammers who try to ruin search rankings by way of creating lots of spammy links pointing back to the competitors’ websites or blogs.

An extreme situation, in this regard, is where you want to blame negative SEO for everything that happens to your site.

Many people think that negative SEO can harm just any website’s rankings, which is not true at all. Most of the time, negative SEO will not do any harm at all to websites that have long been there or established. For example, Rand Fishkin openly invited spammers to do negative SEO to SEOmoz. The more credible an online resource you are, the harder it is to break into.

In any case, it’s vital to increase your knowledge base on the topic of negative SEO if it ever happens (god forbid!) to your own site. This includes making yourself aware of those key tactics that spammer make use of while trying to ruin the search rankings of a site through negative SEO.

Spammy Links – This is commonest one. In order to harm your site’s rankings, the spammers will try to point ‘tons of bad links’ to your domain. The results of this spammy practice will vary depending on the strength of the link profile.

Hacking into Your Site – Another form of negative SEO is that where the spammer would try to hack your site first. Once hacked, they’ll most probably stop or block Google from crawling your site’s pages.

Report a Site as Spam – Spammers can also report to Google that your site is packed with spam or indulges in spammy activities. Since Google always welcomes such complaints, spammers benefit from it.

Though there are several other (really hard) ways of doing reverse SEO, the ones you see above are among the commonest.

As you can see, there’s no one single magical solution that you can use to protect your web properties against the evil effects of negative SEO. However, you can definitely bolster up your position in a way that makes it simply unviable to launch a negative SEO attack against your site. Here is a video by Matt Cutts, where he talked about negative SEO:

Conclusion Yes, negative SEO is very very real. If you don’t believe me, you should at least wait till the time some dirty spammer ruins the search engine presence of your own website or one of your friends’.  To make it really hard for your rivals to start a negative SEO campaign against your web properties, you should avoid mistakes that would make you vulnerable to such attacks.

At the same time, you need to keep a close watch at the link profile and the overall SEO health of your website or blog, consistently.

3 thoughts on “Negative SEO: Myths and Facts You Should Be Aware Of”