We all want to succeed, don’t we? However, the universe already lays plans for us. Whatever needs to be achieved is not so easy to get and whatever we get, we are not satisfied. We become disheartened and unmotivated. During this dark phase, one single ray of hope can turn the tables around. The experience and wisdom of successful people and elders counts a lot. Their success mantras can shape up our lives too. Their preaching and teachings can affect us tremendously. Their quotes can motivate a person to his utmost potential.

So, if you are feeling down in the dumps after a hard day’s work and yet the destination is far off, you can find solace in the words of these great thinkers and workers. Read on to get inspired:

1. “People who succeed have momentum. The more they succeed, the more they want to succeed, and the more they find a way to succeed. Similarly, when someone is failing, the tendency is to get on a downward spiral that can even become a self-fulfilling prophecy.”

2. “Whenever you find yourself on the side of the majority, it is time to pause and reflect.”

3. “If you don’t value your time, neither will others. Stop giving away your time and talents. Value what you know & start charging for it.”

4. “Here’s to the crazy ones. The misfits. The rebels. The troublemakers. The round pegs in the square holes. The ones who see things differently. They’re not fond of rules. And they have no respect for the status quo. You can quote them, disagree with them, glorify or vilify them. About the only thing you can’t do is ignore them. Because they change things. They push the human race forward. And while some may see them as the crazy ones, we see genius. Because the people, who are crazy enough to think they can change the world, are the ones who do.”

6. “The successful warrior is the average man, with laser-like focus.”

7. “Take up one idea. Make that one idea your life – think of it, dream of it, live on that idea. Let the brain, muscles, nerves, every part of your body, be full of that idea, and just leave every other idea alone. This is the way to success.”

8. “I don’t measure a man’s success by how high he climbs but how high he bounces when he hits bottom.”

9. “Don’t aim for success if you want it; just do what you love and believe in, and it will come naturally.”

10. “Success is to be measured not so much by the position that one has reached in life as by the obstacles which he has overcome.”

11. “The price of success is hard work, dedication to the job at hand, and the determination that whether we win or lose, we have applied the best of ourselves to the task at hand.”

12. “To succeed in life, you need two things: ignorance and confidence.”

13. “Develop success from failures. Discouragement and failure are two of the surest stepping stones to success.”

14. “Action is the foundational key to all success.”

15. “Success is a science; if you have the conditions, you get the result.”

16.“Success is not measured by what you accomplish, but by the opposition you have encountered, and the courage with which you have maintained the struggle against overwhelming odds.”

“If you have no critics you’ll likely have no success.” – Malcolm X

18. “What is success? I think it is a mixture of having a flair for the thing that you are doing; knowing that it is not enough, that you have got to have hard work and a certain sense of purpose.”

19. “Frustration, although quite painful at times, is a very positive and essential part of success.”

20. “Success or failure depends more upon attitude than upon capacity successful men act as though they have accomplished or are enjoying something. Soon it becomes a reality. Act, look, feel successful, conduct yourself accordingly, and you will be amazed at the positive results.”

21. “Success comes from knowing that you did your best to become the best that you are capable of becoming.”

22. “Man needs his difficulties because they are necessary to enjoy success.”

23. “One secret of success in life is for a man to be ready for his opportunity when it comes.”

24. “The ladder of success is best climbed by stepping on the rungs of opportunity.”

25. “Eighty percent of success is showing up.”

27. “He has achieved success who has worked well, laughed often, and loved much.”

28. “Flaming enthusiasm, backed up by horse sense and persistence, is the quality that most frequently makes for success.”

29. “Success isn’t a result of spontaneous combustion. You must set yourself on fire.”

30. “Success is falling nine times and getting up ten.”

31. “Success seems to be largely a matter of hanging on after others have let go.”

Some of the quotes by Me: 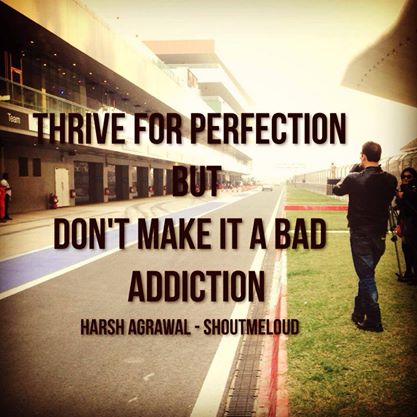 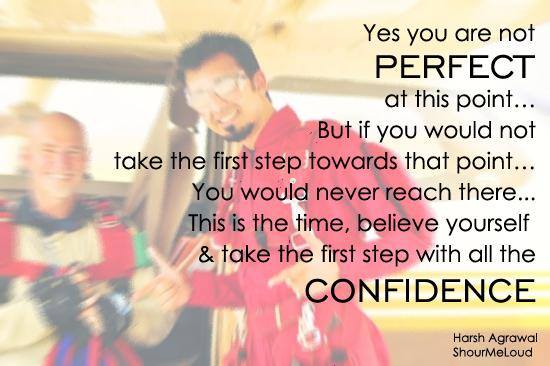 Here are few quotes which are written by me :

Being remarkable is equivalent of being the best – Harsh Agrawal

Thrive for perfection but don’t make it a bad addiction! – harsh Agrawal

You can earn the credibility by not losing it.

There are many more quotations which deserves to be in this list. In my next post I will try to cover them too. If you can thin of any other quote for success which should be here, share with me via comment.

Authored By Harsh Agrawal
A blog scientist by the mind and a passionate blogger by heart ❤️. Harsh Agrawal is recognized as a leader in digital marketing and Cryptocurrency space. Fountainhead of ShoutMeLoud and CoinSutra, and a Speaker at Inorbit, IBM, India blockchain summit. He has won numerous awards for his work at ShoutMeLoud. Life motto: Live while you can! Teach & inspire while you could & Smile while you have the teeth.

11 thoughts on “31 Quotes For Success From Famous People”