Twitter is one of those site, where I spend at least 30-60 minutes every day. It’s one of the best place to connect with your online friends, and share your opinion or sense of humor in public domain. More over, for a blogger and internet marketers, it’s a great way to drive traffic and create new connections.  Also, from an online presence point of view, Twitter is one of those social networking sites, where your online foot-print is necessary.

For beginners who don’t have a Twitter profile yet, here is a handy guide on creating Twitter profile for dummies. We have also shared about many useful Twitter apps like Bufferapp, Hootsuite, Socialoomph and many others useful twitter web apps. Here are some of the selected Twitter web apps article, which you should not miss:

Unlike other social networks, Twitter is a real-time communication platform. You need to be quick while sharing latest information/news otherwise there are thousands of users who will tweet before you. As Twitter is a time-sensitive social networking site, it’s better to have apps which will help you to tweet faster. Since Chrome is one of the fastest browser, and one of my favourite. Thus here I am sharing 5 Twitter extensions for Chrome Browser which are very useful for power Twitter users.

Tweetdeck is my favorite Twitter app, and one of the best client to manage multiple Twitter profile at the same time. Tweetdeck Chrome app is having almost all features with proper navigation, drag-drop columns options and other useful features. But still columns can be better by adding features like resizing the columns.If you are a power twitter user, and looking for best twitter addon for Chrome, Tweetdeck is what I can recommend to you for now. 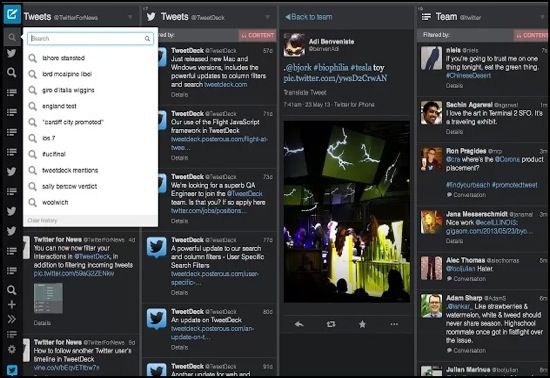 Silver Bird is a great alternative to Tweetdeck. Silver bird keeps on giving you notification on toolbar about any updates that too in different colors. So, you can keep check on your updates easily. Apart from notifications, it does have easy navigations and all useful options like retweet, DMs, share, URL shortening etc.which makes Silver Bird a useful package. 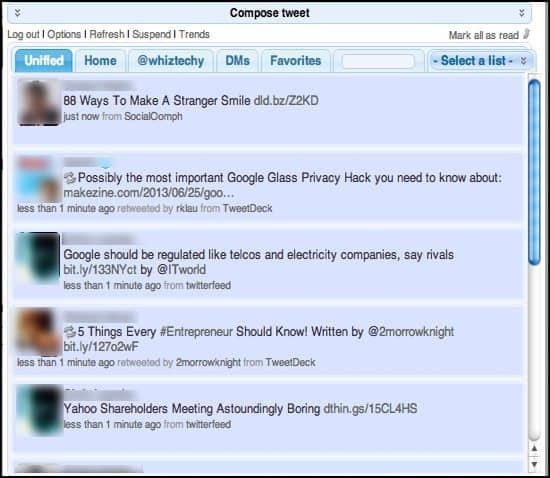 The Notifier is another Twitter app which allows you to keep track of useful tweets inside your browser and gives you notifications of unread tweets on your toolbar. Though it doesn’t show no.of tweets and it might slow down your computer. If you are looking for a simple chrome addon with simple and easy features then notifier is for you. 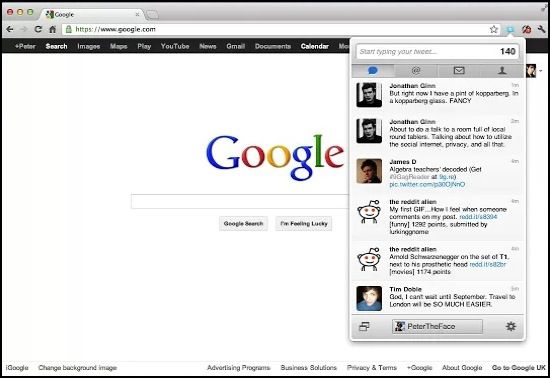 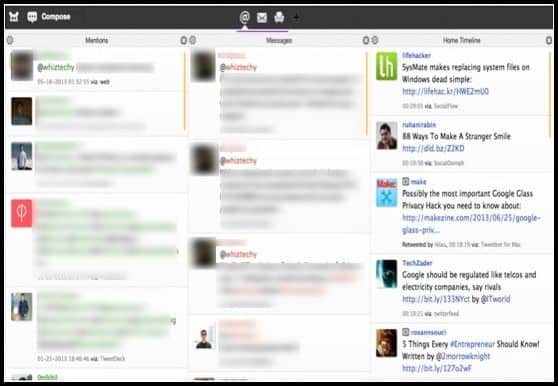 Twitter is already a feature-packed social network website, it really doesn’t require any other client or app to improve itself. But when we have to track Twitter activities 24/7, then it’s better to use the in-browser app to increase your productivity.

If you are using any other Chrome extension for Twitter, do let me know via comments. If you are a power Chrome user, here are few more extensions which are worth your time: