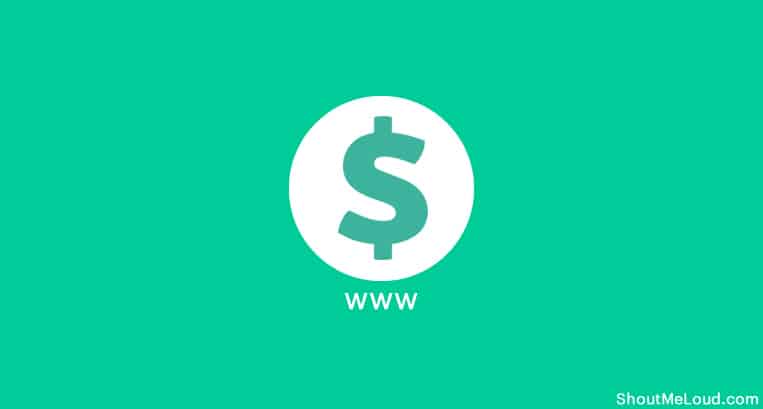 Website flipping is nothing new and we all know people create website and sell them to make money and you will be surprised to know that people also make money by domain flipping. Like Website flipping, domain flipping is different. In this case, you buy exclusive domain names like (Porn.com, Education.com, World.com) and sell them at highly price using services like Flippa or private sell.

Domain selling business is not as old as origin of websites.  Even I have sold and bought domains in past five years.  I have settled some deals also, but neither of those is as big to be mentioned here.  I however, wanted to know more about this business little closely and found some unbelievable deals from the past.

Most of the people, who are into this business, purchase domain names in anticipation that in future they will get good value for their investment.  They maintain a website with these domain names and wait for the opportunity which they can grab with both hands.  Though there is no surety of expected profit, but, then we invest in stocks and other commodities where return is not sure too.  At least here if you didn’t get your perfect deal, you can use domain name for your own website. I am making a list of 20 most expensive domain names ever sold up to 2016.

One thing which is common in this list of expensive domain names is the One word. Most of names are one word and are highly searched words with high CPC. Another thing to be noticed here is all are .com domains and we don’t see any single .org, .info listing, which again shows the importance of .com names.

VacationRentals.com – This deal took place in 2007 and the transaction was for $35 million. This is the highest ever deal made to purchase any domain.  Brain Sharples, the founder of HomeAway, is new owner of this domain and admitted that he purchased it, as he did not want his competitor Expedia to acquire it.

PrivateJet.com – This deal came very close to become the all time highest deal ever made for domain selling.  This transaction happened in 2012 at $ 30.18 million.

Insure.com – Insure.com’s deal happened in 2009 and happens to be the second highest deal of all time for three years, when PrivateJet.com broke this record.  Deal was made at $ 16 million.

Hotels.com – This domain was sold for $ 11 million in 2001, however, new owner of this domain couldn’t actually confirm at what price the domain has been purchased, in a TV interview to BBC.

Fund.com – It was purchased in the year 2008 at a whooping price of $ 9.9 million.  This domain is meant for a financial service, however, this domain is still not live.  I don’t know if owner is waiting to resell this domain in near future.

Fb.com – Facebook purchased fb.com in November 2010 at a price of $ 8.5 million from American Farm Bureau Federation.  At present this domain is redirected to www.facebook.com, but hopefully Facebook will make good use of this domain and the money spent on purchasing it.

Business.com – This domain was sold for $ 7.5 million in December 1999.  Next entry in this list also worth the same amount spent on this deal, but it was made seven years after this one, therefore ranked below.

Diamond.com – This domain was acquired in 2006 at a price of $ 7.5 million.  This domain now is live as a diamond online shopping site.  It’s really not surprising why owner paid a huge amount for this site; after all he is using it so sell one of the most precious substances available in the world.

Beer.com – It was sold in 2004 at a price of $ 7 million.  This domain is featuring for resale on www.aftermarket.com.  God bless owner and may they be able to make good profit out of this domain.

Israel.com – Deal for this domain was done in 2008 at a price of $ 5.88 million.  However, there is not much information available for this domain.  Even Google can’t find it!

Casino.com – This domain was sold to Mansion Limited of Gibraltar in 2007 and deal was settled at a price of $ 5.5 million, however, this investment has given great ROI to the new owner.

Slots.com – This deal took place in 2010 and credited $ 5.5 million in previous owner’s account.  Bodog, a Russian online gaming site became the new owner and created new game on this domain.

Asseenontv.com – This domain was purchased by LA Group in 2000 for a price of $ 5.1 million.  This domain was used to protect brand name “asseenattv.com” of LA Group.  This is biggest domain deal made for defense purpose.

Toys.com – This domain made $ 5.1 million in 2009 for the previous owner.  This domain was sold to American market leader ToysRUs.

Korea.com – This is the second domain in our list which is named after a country.  Korea.com deal was done at price of $ 5 million in 2004.  New owner of this domain is Korea.com Communications.

SEO.com – This deal took place in 2007 and is considered to be a wiser one.  Michael Mann, owner of BuyDomains understood the importance of having a good domain name; therefore, he sold his company and invested in SEO.com.

Clothes.com – Zappos acquired clothes.com in 2008 with an amount of $4.9 million.  This domain is used to redirect online clothing line shop of zappos.com.

Icloud.com – Apple Inc purchased this domain at a price of $ 4.5 million in 2011.  Apple was hunting for all i-domains, around the world and acquired this domain after acquiring iphone.com, which was not as big a deal to mention in this list.

Now, if you ever think of making money via domain flipping and found an amazing domain name which is available, grab that name right away. You can later on sell those domains for higher price. Do remember, in 2014 many new TLD’s are launching (Many of them are already launched), and this is the right time to become a domainer and earn money.

At this time I have following two domain names which are available for sell:

If you wish to buy above two domain names, you can drop me an Email at admin[at[shoutmeloud.com.

Here are few articles from our Archive, which will help you to dive more into domain business:

If you enjoyed this list of most expensive domain names, don’t forget to share it on Facebook and Twitter and let others know about this lucrative business model. Also, if you have ever experienced domain flipping yourself, do share your experience. If you are an active twitter user will love to hear your tweets @denharsh 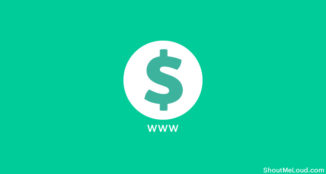 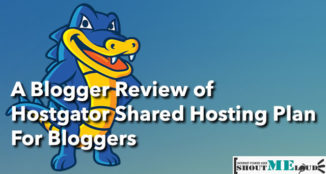 How to Save Money on WebHosting Renewals for WordPress Blogs