Many of you will say:

But in reality, the highest impact you can have is through PR.

By PR, I mean getting press and media attention.

Let me give you an example of what PR can do for your startup:

Nearbuy (Groupon for India) is an e-commerce discounted deals website from India.

They provide deals for restaurants, movie tickets, spas, and other similar services.

In 2013, the prices of general commodities in India were increasing and the prices of onions were sky-rocketing at INR 60 a kilo.

Nearbuy decided to run a campaign where they would sell a kilo at INR 9 (a highly discounted price).

Their aim was two-fold: To create shock and awe among their users and also to generate some PR.

They ran the campaign for seven days and sold close to 22,000 kilos of onions.

Their site crashed multiple times during this event and they gained thousands of new customers in just a few days.

More importantly, they generated PR like nobody could imagine. All the top TV channels covered it, as did publications like Huffington Post, Wall Street Journal, Al Jazeera, and The Verge. A couple of universities even did a case study on this activity.

Having spoken to the founder personally, he told me that they generated so much PR that their company was valued at close to $7,00,000. This can be life changing for a business.

So how did they do it?

They mailed their existing users and reached out to a few journalists. When one or two media outlets picked up their story, it became unstoppable.

You can read more about it here.

This is the power of PR.

Large companies handle PR through PR agencies who communicate with the press and journalists on behalf of the company. The news the company publishes goes through the PR agency for correctness and consistency in message.

Most of us do not need a PR agency to handle things for us, but we might need a bit of help.

This help can come in the form of a product called StartupLister.

StartupLister pitches itself as “Easy and cost-effective PR for every startup.”

The services are as follows:

They claim to have over 3,000 customers and have gotten some raving reviews.

My personal opinion is that the option of pitching to the journalists seems attractive because that’s something that requires some expertise.

On the other hand, the directory submission for $90 seems quite expensive for a service that’s pretty simple and you could pay much less for elsewhere.

Overall, StartupLister is in an interesting space, as cracking PR can be a huge task for 99% of the businesses out there.

Here are hand-picked article every entrepreneur should read: 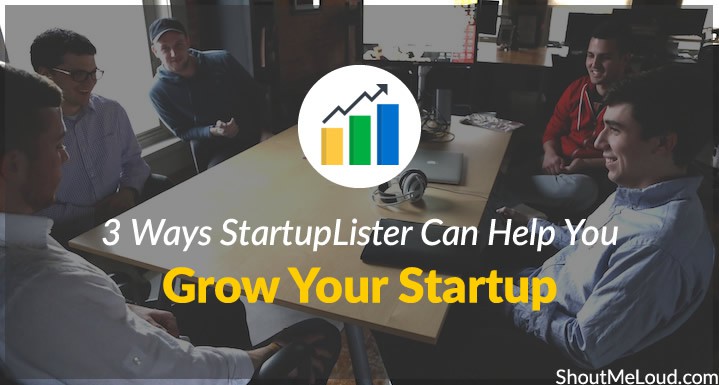