ShoutMeLoud >> Blogging >> My Blogging Journey: From Being High On Tech to Being Paid By Tech
Blogging

I don’t think a formal introduction is required here. If you’ve been a regular reader of Shout Me Loud, then you must also be a regular reader of Calling All Geeks and all the other blogs in the SML Group. I’m Siddharth a.k.a Siddie and I write for the SML group mainly on CallingAllGeeks as my writing interests mostly revolve around Technology, Gadgets, Computers and the Internet. 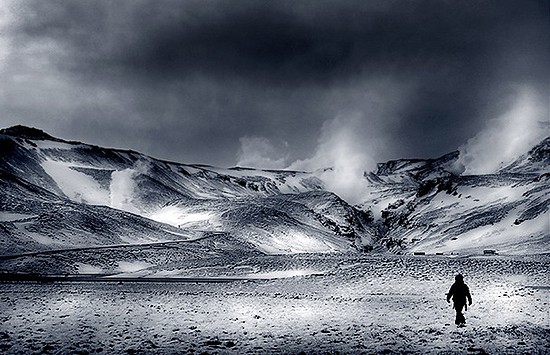 Warning: The following section could be boring to some!!

I wanted to write about how this whole blogging journey began and reached to a point where I can proudly say that I’m doing something with my life. As a college drop-out I was looking for ways to kill my time and make something out of it. I’ve been blogging since 2004 as far as I know, but not for money or to pay any bills, only as a pass-time. It wasn’t until the year 2008 that I decided to make something out of my blogs and registered for Google Adsense and began exploring all the ways to make some money on the internet. Although that wasn’t my main intention with blogging, it was what I had to do to survive on my own. I’m a kind of person who loves to be independent and do things my way, even if they are wrong.  I did not want to be dependent on my parents and I did not want to lead a normal life like everyone else. From where I come from, people would usually take it as a joke when I said that I was working online. My parents thought I was kidding and never supported me, they still don’t.

So I had to prove myself to everybody, and later that year(2008), I started my first blog using the Blogger platform. I did not know much about blogging and was mainly writing on technology without much SEO or any kind of blogging tricks. That did not pay off well, did not make any money for over 6 months, started Freelancing side by side, but then all the college going and personal things got me down and then I had to give up everything. Then started the year 2009, where I gave Blogging another shot and started my very first private blog called “High On Tech Again”, hosted on a free host and running on the WordPress Platform, I did make some money from it, but I was more interested in the amount of views and traffic that site got. High On Tech Again was started on November 14 2009 and I worked on it till April 2010, till I gave up on that too because it wasn’t working out and everything was going wrong. I was living on peanuts making some money from few freelancing jobs and building custom budget computers for my friends. I’d given up on blogging and started learning web designing to help myself get some good freelance projects.

Things took a new turn on December 23-24th though. Let me rewind back a month and tell you what led to the December 23-24th event to take place. I’d grown pretty lazy through all the months, until I met the girl I’ve been waiting for. I guess it’s true, there’s always a lady behind a man’s success. She was the one who motivated me to start blogging and not be a waste, her exact words were “Do something useful, for you”. That’s what changed everything. I wrote an article on Diaspora at Shout Me Loud and was later that day contacted by none other than Harsh asking for a few details like what I do and stuff. Harsh said “I might have some proposal for you which you might not like to refuse. :)”. I was so excited that day, it was like a huge step up for me. From being high on tech I was going to get paid for writing on tech.

I started working for SML group from the 25th of December and have been writing mostly on CAG since then. Writing for CallingAllGeeks has changed a lot for me, I receive a really handsome amount of money for the work I do, and I enjoy writing and working from home. Its not all about the money though, I’ve made some good friends too, I’ve learnt some very interesting things about the Blogging world and I’ll work hard and try to be best at what I do!!

That’s how being a paid writer changed my way of living, I can proudly say that I’m doing something useful now and I’m loving it.

Thanks everybody who has supported me, especially to the love of my life and Harsh Agrawal!! 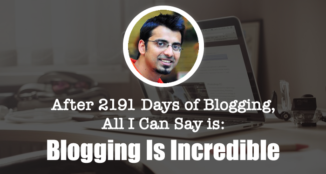 After 2191 Days of Blogging, All I Can Say is: “Blogging Is Incredible!” 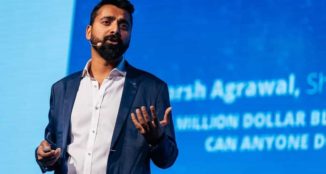