“Who the hell wants to hear actors talk?”

Should I take up this job?

Will this decision yield better results for my company?

Should I pursue a career in a particular field?

Should we launch this new product?

Do I look fat in this dress?

Should I continue this relationship?

Should I buy or rent the Apartment?

Put perfectly by Daniel Kahneman, the Psychologist who won a Nobel Prize in Economics and the author of Thinking Fast and Slow, “A remarkable aspect of your mental life is that you are rarely stumped”.

We tend to make decisions either intuitively or through analysis, but rarely are people short on opinions and advice. Decision-making skill is one essential element of the human life to succeed both in life and in business. While there are some decisions which might not have a big impact on the long-term, some happen to have serious repercussions based on the decisions made in a matter of a couple of minutes.

Why do Decision-making skills matter?

Before we dive into how to improve your decision-making skills, below are a few statistics that might leave you stumped.

Before you get down to the gist that bad decisions are just a part of life and there’s nothing to about them apart from moving on, there are a few things to consider for becoming happy and successful in life and in business. Below are five ways how you can work on your decision-making skills to have a positive impact on your life and businesses.

Awareness is not enough, Process matters 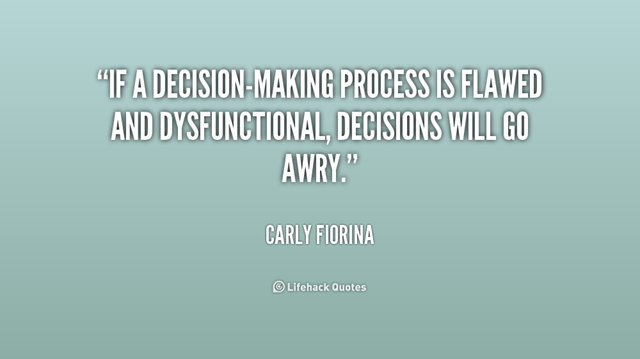 Understanding our shortcomings are not enough to fix them, some kind of process or approach must be established to address the issue. When we are given a certain scenario and asked our decision, we quickly weigh up the pros and cons of such a decision and come to a conclusion based on that. This is one of the most profoundly famous method of decision making, albeit a flawed one. Benjamin Franklin was one of the early known adopters of such a system, which he used to provide advice to a fellow friend in a difficult career-related situation. One way to come up with better decisions is to explore alternative possibility, different points of view, and such.

Although weighing the pros and cons could be considered a better decision-making process, it is flawed when the weighing factors are not taken into consideration. A majority of our decisions are revolving around monetary issues and in such a case the scale tends to tip off in its favor. While you might be entirely aware of the ongoing situation, it is still a better way to weigh up the pros and cons of such a decision and cancel out the ones which compliment one another. While decisions in sports and the likes are more based on intuitive skills and trusting one’s guts, such decisions are seldom proven to be worthwhile in life and in business. It is not to say that trusting one’s guts and intuitive is the sure way to make wrong decisions, it has the biggest probability of going wrong when you miss the big picture in the process.

Get Rid of Confirmation Bias

A series of experiments and psychological studies since early 1960’s concluded the presence of ‘Confirmation Bias‘ when it comes to the process of human decision making. People tend to have a very high opinion about their decisions and knowledge. When presented with a scenario for making a decision, people tend to collect all possible data and evidence which would support their beliefs. Humans often do not like the notion of their beliefs being put to question by someone alien to them. In such a situation, people tend to make decisions solely based on their pre-existential beliefs. 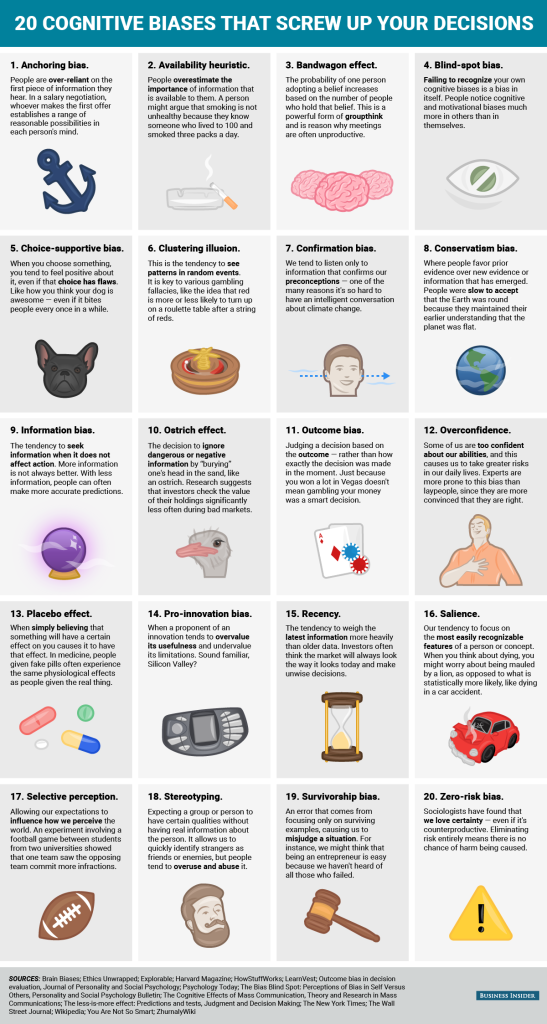 Neutral decision making is a hard skill to acquire but is one of the essential skills when it comes to making proper decisions for your life and business. The evidence collected for the study of Confirmation bias supports that people tend to resort to a selective collection of information that supports their beliefs, completely ignoring the facts and evidence considering an entirely distinctive circumstance. There’s a rule of statistics, ‘Correlation does not imply Causation’. Meaning that the link between two events does not imply that one is a direct cause of another event. 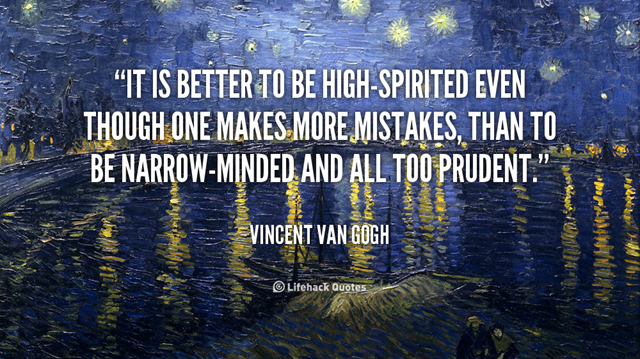 Most of the wrong decisions are as a result of overconfidence and pure negligence. Being narrow-minded is one of the biggest reasons people make wrong decisions in life and in business. Ignoring the possibility of other situations and events leads to undermining your present situation, leading to poor decisions. While narrowing down on your options is one way to improve your decision-making, that should not result in framing down of the millions of other likely possibilities.

The event of expanding your outlook could be explained by the example of a stage spotlight. Explained perfectly in the book, Decisive: How to Make Better Choices in Life and Work, the authors explore how expanding your choices  is a great way to make good decisions in life and business. When you consider a stage spotlight, you are focused only on the objects falling directly under the light. Shifting the spotlight every now and then is a great way to explore other possibilities and unexplored situations you might’ve failed to consider or overlooked before.

Distance yourself from the decision 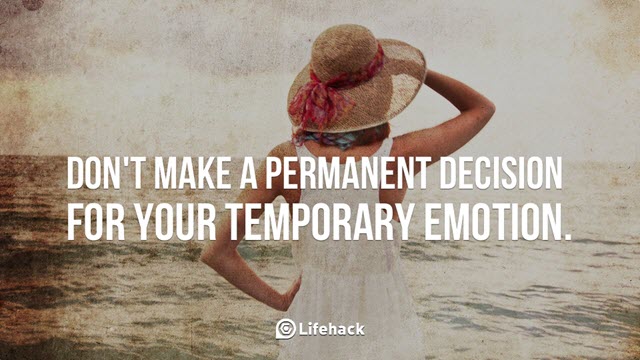 Don’t feed your feelings. Decisions made solely based on present emotions are one surefire way to make horrible decisions in your life or business. When making decisions out of anger, guilt, revenge or any other humanly feeling, remember that re-consider the decision by distancing yourself from the decision itself. Detach yourself from the emotion associated with making a decision and reconsider the decision that you were working on. In his memoir, Only the paranoid survive, by Andrew Grove, former COO, Chairman and CEO of Intel describes how his toughest dilemma ever led to reinstating Intel as the leader of consumer electronics microprocessor manufacturer back in 1985.

When faced with stiff competition from Japanese memory manufacturers, Andrew Grove, and Gordon Moore decided on doing away with their memory manufacturing and concentrating solely on producing electronics microprocessors. He describes that this decision of theirs was taken by asking a single question, “What would our successors do in this situation if we were to be fired?” and they went on to do exactly that. Distancing yourself away from the decision itself and the emotions associated with it will give clearer insights into your decision-making process.

No one is perfect, neither is a decision 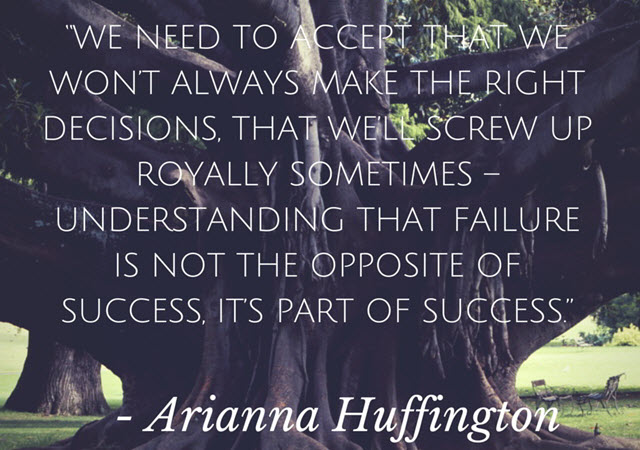 A decision made is in the event or a combination of different events and data supporting or refuting it. Considering the possibilities of making a wrong decision is one way to improve your decision-making skills significantly. No one knows what the future holds and the possibility of a bad event is just as likely as the occurrence of a positive event. Considering the equal possibility of both good and bad events is considered as a discipline that ought to be mastered for making better decisions, the ones which leave no regrets and guilt in the mind of the decision maker.

In Making Decisions, authors Russo and Shoemaker explore the situation of ‘prospective hindsight’. Prospective hindsight is all about working backward, from a certain event in the future to present day and the likelihood event which will answer such an occurrence. Considering the upper and lower bookends of your decisions and their repercussions is one great to make regret and guilt-free decisions in life and in business. 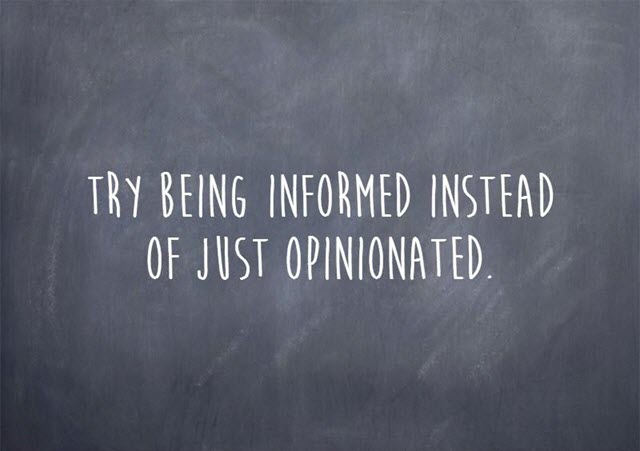 While intuition, gut instincts, and pros-cons weighing are some of the common ways people make decisions, these are some of the tips to help you make better decisions in life and in business. At the end of the day, no one is perfect and no Excel spreadsheet or any analysis could exactly predict the future, the world isn’t hardwired so.

Poor decisions have damaged relationships and destroyed many businesses. For a better life and in business, make sure that you consider the above-mentioned suggestions to work on your decisions.

What are your thoughts regarding decision-making? Which method has worked out for you? Shout out your thoughts and comments below. 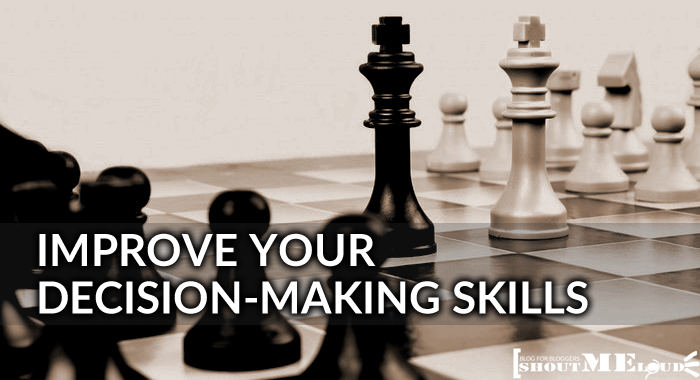