Google meet is a great free tool to video chat with a single person or with a group. You can always Live-stream Google meet with others on your YouTube channel. Depending upon you are the creator or the listeners, there are times when you want to record the Google meet video calls.  Recoding is important because you might need to reuse the conversation, talk and discussions during the hangout.

Apparently, recording a Google meet is easy using the awesome “On Air” feature but there are some privacy concerns and complex configuration issues.

Why not go the easy way, the third party tools and make our lives easier?

I am going to tell you about 5 different software’s which let you record Google meet.

I always find Camtasia to be the suitable video tool for bloggers. You can create screencast, record yourself, edit videos and directly publish videos to your YouTube channel. Now with the latest version of Camtasia you can also record Google plus hangout. With Camtasia your can record system audio and also your input device audio as two different channels, which makes work easier when you are editing the content.

If you are using Snagit, you can use that too, like Camtasia to record the video calls. Along with Google meet, you can use Camtasia to record Skype calls which I will share with you in upcoming posts. What you will enjoy in Camtasia is, after recording you have the capability to do editing. This way you can convert your normal Google meet into a great video for your readers. For now, if you are looking for the best solution, Camtasia is what you need. You can use Camtasia for free for 90 days and later on you can pay one time fees to keep using it.

You can spice things up with a bunch of useful options like customizing the size of the recording based on pixel level format, a direct link to watch the video, an embed code for uploading, FLV format of the recoding, preview before the actual video upload and much more.

You need to have latest version of JAVA installed to make it work. It might take an extra 5 minutes for the first time to setup the Screencastle, but after that it’s easier to use.

Pixetell is another free third party tool which sticks to the top of your desktop and lets you record the Google meet with an easy nirvana. Just hover across the icon of Pixetell and start recording with ease. You can switch between multiple windows, shrink the recording canvas, pause the recording, unobtrusive timer, support for mainstream video/audio formats like FLV, AVI, MOV, OGV and WMV and great features to preview and edit the Hangout recording before actually uploading using this free utility

Screenr is ranked third of my list. Again, a much useful, nifty and smooth tool that will let you record Google+ Hangouts but here is a catch that can make you yowl. You can only record 5 minutes of continuous video stream with Screenr. Sharing of Hangout recordings is simply mind-blowing with this tool. Colossal social media integration with the back end of the tool allows you to automatically share the Hangout video recording on multiple platforms like Facebook, Twitter etc.

FlashBack Express from Blueberry is another free software for Windows which helps you to record, play and share the Google+ Hangouts. This tool is basically constituted of two parts, the recorder and the player. The recorder lets your record the Hangout with options to customize the recoding screen and many other handy controls. There are no limits for the recoding time. The player les you preview, play and edit the Hangout recording and share it on multiple platforms.

For the users who have a professional requirement to record Google meet video calls, I would recommend using Camtasia. For other situations, you can use any of the other screen recording options. If you have recorded Google meet videos before? If yes, let me know what method you are using? 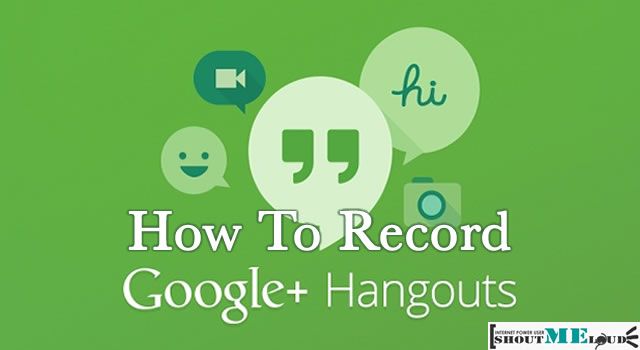 6 thoughts on “How To Record Google Meet Videos – Proven Tricks”