Facebook is one of the best social product that the world has ever witnessed. With already being the attention of a Hollywood blockbuster, Mark Zuckerberg and team has not left any stone unturned to help in the rise and rise of Facebook. 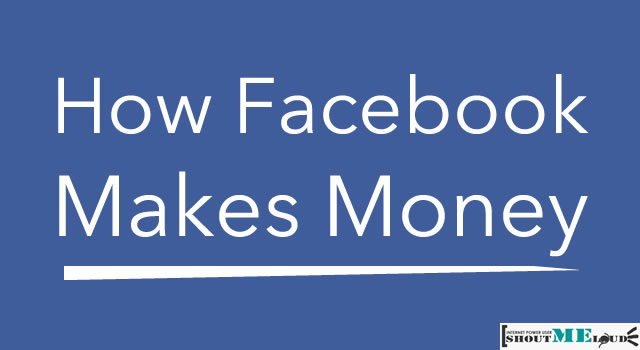 Facebook is now the most visited website in the world after Google. But when compared to the revenues of Google,  Facebook’s case makes it a very questionable affair. Facebook is not very well known for its money making antics since its very early days. Zuckerberg was even clueless about the effective way to make money off Facebook, as he was reluctant to using advertisements on the website.

A recent conducted survey by The Search Agency, surveyed American Internet users. Of those surveyed, only 54% could actually say how Facebook earned money. That’s a simple indication on how Facebook isn’t clear over its revenue models with its users. Also 22% of the people surveyed said they clicked ads on search engines and Millennial’s were twice likely than elders to click on ads.

Initially a few years into its inception, Facebook was rumoured to be turned into a paid-membership website, but they defied it and opted to remain Free for everyone. That sure helped in increasing its user base by three-fold, but doesn’t again reflect on its revenue sources.

Every successful business has an efficient business plan, that clearly reflects on revenue models. It is clear that many of the people, including its own users are pretty much clueless as to how Facebook makes money.  So, what about Facebook, after a Billion of users and photos, how does it make money? If you are eager and willing to dive into the secrets of Facebook’s revenue models how it makes money, let’s get started. 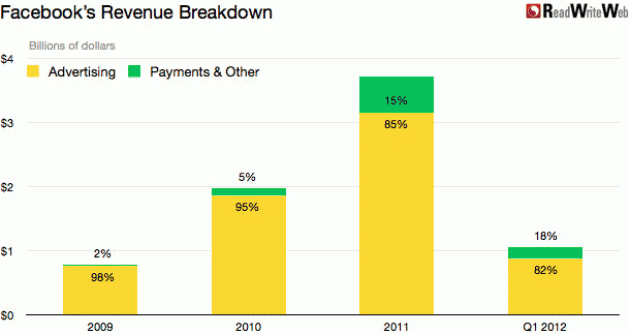 If you take a look at the revenue graph of Facebook, it is splurging with every year going. From $300 Million in 2008 to $2.6 Billion in 2012, Facebook has consistently increased its revenues, with addition of millions of new users with each year passing by.

Here, let’s breakdown the entire sources of money for Facebook.

What is the revenue model for an Online service? And seriously, Advertising is the first thing that pops up immediately into everyone’s mind. Advertising has clearly become one of the most preferred revenue sources for almost all online businesses.

Now, let’s take a look into what types of Advertising Facebook implements for their network.

One of biggest chunk of money Facebook earns is from their self serving advertisements. Self-serve Facebook ads could be created by anyone and allows granular details of ad targeting. These advertisements are displayed on the side of almost every page. 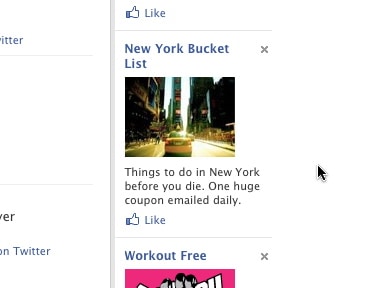 These self-serving ads can be targeted to users according to age, sex, location, etc. So that gives a perfect coverage for advertisers to whom they want to shout out to, that’s what’s advertising is about after all. By complimenting it with Facebook Ads API, Facebook has allowed advertisers to build robust ad engines over their network. Zynga is said to be a major purchaser of Facebook’s self-serve ads, now you know why you are shown more of those Farmville ads! Out of the $600 Million Facebook made in 2010, $450 Million was from self-serve ads, this states its importance for Facebook’s revenues. 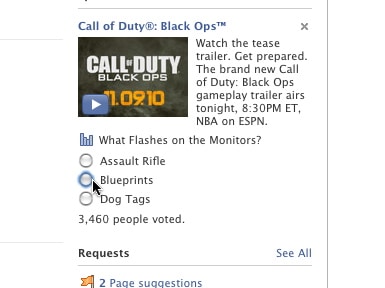 In addition to self-serve ads, Facebook also employs engagement ads. Engagement advertisements are targeted to large brand advertisers. These ads are also shown to users in the right-side of all pages and also on the homepage. Facebook earned over $200 Million through engagement ads in 2010, and it is on the rise.

The advertising budgets and also the requirements of large brands are sky high and Facebook created engagement ads eespecially to target them. 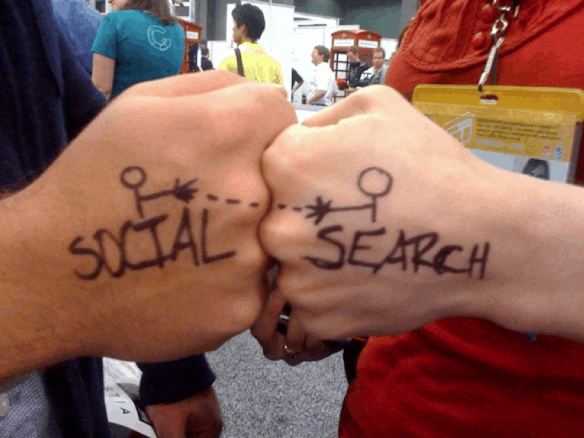 Back in 2007, Microsoft invested in Facebook and bought 1.6 stake in Facebook for $240 Million, which is now valued over $15 Billion. Part of that deal was Microsoft’s Bing search to be integrated into the Facebook search. Although the terms of their agreement is not made public, sources estimate that Microsoft invests a huge amount every year into the network. With the launch of their social graph search engine, Microsoft’s bing has taken the centre stage.

You must be aware by now of games like Farmville, Mafia Wars, Cityville, etc. by now if you happen to be a regular Facebook user, given the number of invites you keep on getting for those. There’s much going on in the background that you might not know, there’s real money on bet over here. Yes, real world money. All of these widely popular games are made by Zynga and Facebook gets 30% of its revenue from it.

After going through their IPO announcement, it is very clear that Facebook earns over 12 percent of its revenue from Zynga. Here’s an official statement released for that matter:

In 2011, Zynga accounted for approximately 12% of our revenue, which amount was comprised of revenue derived from payments processing fees related to Zynga’s sales of virtual goods and from direct advertising purchased by Zynga. Additionally, Zynga’s apps generate a significant number of pages on which we display ads from other advertisers. If the use of Zynga games on our Platform declines, if Zynga launches games on or migrates games to competing platforms, or if we fail to maintain good relations with Zynga, we may lose Zynga as a significant Platform developer and our financial results may be adversely affected. 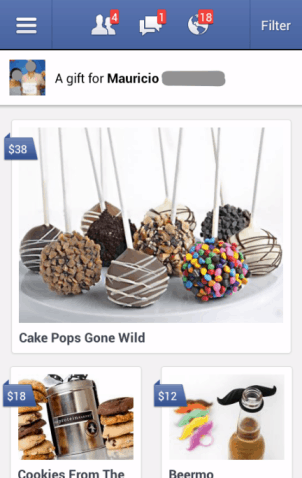 Facebook gift shop is also one of the most popular revenue stream for Facebook. Facebook’s Gift shop is basically a virtual gift shop, where you can buy virtual gifts, but for real money. A gift on these gift shop costs an average of $1 per gift and it accounts for up to $100 Million in revenues. Although it is not a lot, but is definitely more than banner advertising.

Facebook has also been working non-stop to increase the types of products available through their gift shop. Facebook has also opened up gift shops to non-profits and during the Haiti crisis, people were allowed to directly buy through these gift shops and that money generated so would be directly used for the benefit of the victims of the tragedy. Touché.

Facebook credits rose to much height after their f8 conference announcement back in 2009. Facebook makes around $50 Million through its virtual credits.

This was all about the here-and-now, but what does Facebook plan ahead? What are its future sources for revenues? And now that it went public, Facebook has to answer its shareholders and raise its revenues. 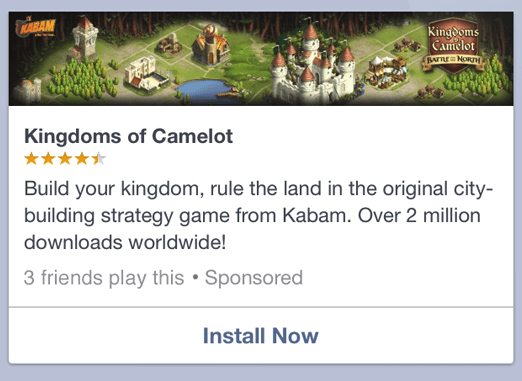 Facebook announced an experimental feature – App install ads back in August 2012 to allow developers to pay to inject “Install Now” ads into the mobile news feed. They show their app’s name, icon, description, Facebook App Centre rating, and friends who use them. When clicked they lead straight to the App Store or Google Play market where users can download the apps.

This is still small and could be used effectively to leverage the time spent by users discovering apps. Given the craze for paid and free app discovery, Facebook could benefit given the knowledge of which apps their friends use.

Facebook Exchange (FBX) is a cookie-based re-targeted ads program. FBX lets advertisers target their ads on Facebook to users who have recently visited specific websites. This is much similar to what Google advertisement does.

For example a travel company could target users who viewed flights to a specific location but didn’t opted to splurge on it, and deliver advertisements and offers accordingly. It is also in an experimental phase. 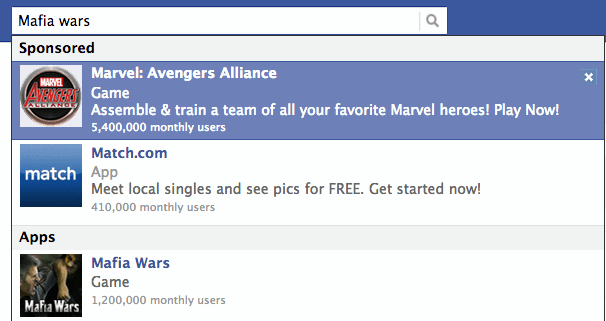 Facebook announced its Sponsored Results ads back in 2012. Although it doesn’t feature a full fledged search engine, it does now own a Social Graph search. Sponsored Results can be purchased through their Ads API and they have also began experimenting with the ad display.

They might have already generated a little revenue, which could grow much better by next quarter.

Here’s an interesting infographic from Adage: 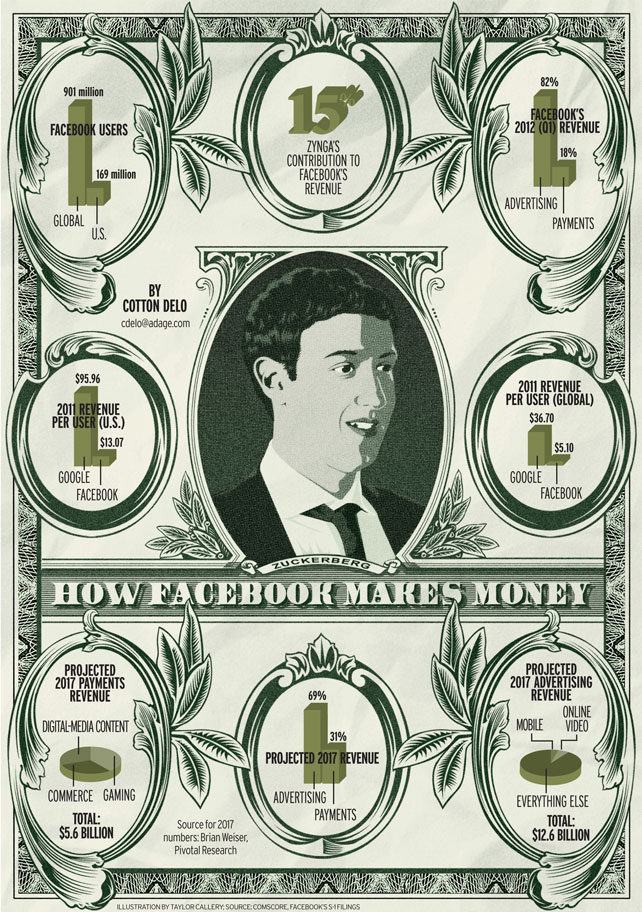 Facebook is working seriously to work on different completely new monetization channels. Its only going to get better. Since users won’t be willing to pay for using the service, Facebook would have to experiment around advertising for it makes a major share of its revenues. Facebook has enjoyed a steady revenue growth. According to analysts, Facebook is expected to have revenues cross $12 Billion by 2017.

Now that you know everything about Facebook, how valuable is your time that is spent on this network? Feel free to shout out below. 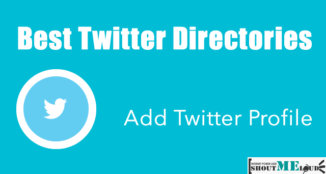