Processing payments are one of the most crucial aspects of an economy that keeps the money bills moving.

The efficiency with which these payments are processed often governs how successfully an economy is operating. One of the major issues with the decades-old Automated Clearing House (ACH) system is in place in many countries in the world, including The United States and it is hurting everyone involved!

Since this broken system is forcing delayed payments and hefty bank-to-bank transfer fees, the value of the dollar is rapidly diminishing for both customers and the merchants.

Third-party services levy heavy charges and even the credit card companies impose huge charges for bank-to-bank transfers. Dwolla is one of the payments processing companies, started in 2008 and currently only serves The United States E-commerce. The way Dwolla works is something interesting and possibly signals towards a revolution that would dethrone this traditional payment system that is troubling everyone!

What is Dwolla and What sets it apart?

To put it simply, think of PayPal, Payoneer and Square, Dwolla is very similar to these payment processing systems, but with a twist. While PayPal and Square have somewhat addressed the unreasonably high processing fee and time, the network is making it even simpler to process payments online.

Founded in 2008 in Iowa City, Dwolla is an e-commerce payments solution that is currently offered exclusively in the United States. The payment channel charges only a fee of 25 cents for transfers above $10 and free for any transfers below $10. This is significantly less as compared to the credit card providers and still less than the dynamic charge as a percentage of the transfer amount.

You might be wondering now, how does Dwolla do this?

Here’s the secret. The biggest drawback of the ACH system that we talked about earlier is the infrastructure cost. A system has already been put into place and the processing fees is basically a way to sink into the loss of the investment made a long time ago and also to keep the infrastructure alive. Even credit card companies are essentially moving money from bank-to-bank, but this infrastructure is the cause for the increased processing fees and delays.

Dwolla has completely done away with this infrastructure and there is no hardware maintenance fee if there doesn’t exist a hardware component! This very loophole in the ACH system has been addressed and simplifying the payment networks efficiently is something that sets Dwolla apart from its competitors.

Is Dwolla the Future of Online Payments?

The Dwolla payment system has also recently begun operating their own line of Dwolla Credit cards and this helps keep the payments and money in their very own Payment network. Once approved for a Dwolla Credit card, this could be used to move money instantly within their network and helps customers and merchants make transfers instantaneously.

Only PayPal is one of the successful payment processing companies that has established such an efficient network of merchants and customers and is something that it is improving upon rapidly. 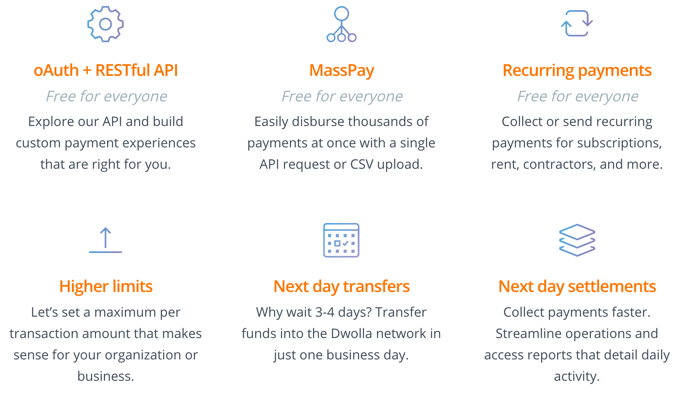 As of May 2015, Dwolla currently has over 650,000 registered customer accounts and has transferred as much as $5 million a day over its network. A highly networked payment system like the one Dwolla is currently building requires the rallying of millions of merchants to use their system for payments processing and their offerings are making it highly desirable to merchants and customers alike.

Small businesses with a tight cash flow are quickly losing out money to delayed payments and high transfer fees and are quickly seeing Dwolla as a solution to their troubles. Since the payments are made instantaneously and considerably low fees, it is definitely attracting small business across the entire nation.

Also, some of the major players in the industry are taking note of Dwolla’s offerings and recently backed by Comenity Capital Bank, the network is rapidly growing, addressing some of the major drawbacks of modern-day online payments processing.

Also having raised $22 Million in Venture capital money, Dwolla has everything on its side to make its best effort in dethroning the traditional payments system and making the entire process less cumbersome. You can get started with Dwolla for as low as $25/month. Here you can see the complete pricing chart of Dwolla:

So, back to the question, is Dwolla really the future of payments?

Well, the solution being offered by Dwolla is unreal and is the very reason there do exist so many merchant and customer accounts on the network, a lot of daily payment processing, and even drawing in investor money and revenues. They also have an API & popular features such as mass payout & all other that you expect from a payment processing company. While it is certainly tackling the payments processing in its best way possible, there are still a few shortcomings that the network has been trying to address over the past couple of years.

Dwolla’s Shortcomings that are currently being addressed

Like any good tool, Dwolla does feature its own shortcomings and one of the biggest challenges for the company is how to rally more merchants and customers sign up with them. Since Dwolla works on its own network, it doesn’t make sense when the transaction re-enters the ACH system. Maintaining the cash flow within their own network across merchants and customers is something that they have been actively working upon and still requires a couple more years to grow steadily.

Also, Dwolla has recently been slapped with a fine for lack of data security as promised and is something which the company is actively working on and will be fixed soon, even though there haven’t been any fraudulent claims as of yet. Although not to be immediately readily available in the market in a very short time, they are working towards something in the long-run and working on their kinks along the way is something Ben Milne, Dwolla’s Founder and CEO has in plans for the company.

Do not expect Dwolla to be making sudden huge tides in the payments processing industry in a relatively short time. Expansion for global support is something that Dwolla does not have in its plan in the near future, but is very likely to expand globally over the next couple of years.

What do you think of Dwolla and the payments processing solution that it has to offer to merchants and customers?

Would you like something like this or does this sound unreasonable or extravagant? Feel free to shout out your thoughts and comments below. 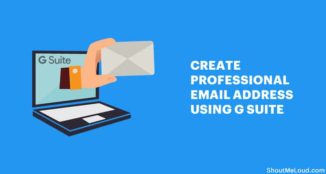 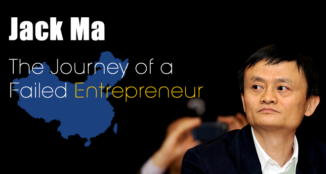 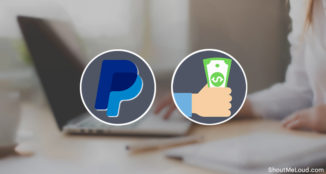 How to Cancel PayPal Billing Agreement or Automatic Renewal