Can we make ourselves any smarter? The answer to that particular question is still a puzzle, trying to be solved by scientists all over the world. The most common measure of how smart a person boils down to a simple calculation, known as the Intelligence Quotient or IQ. While there have been papers published stating how brain exercises could help people improve their IQ’s, there has also been researched papers published opposing the said notion.

A study published in 2008, led by Susanne Jaeggi, now a professor at The University of California at Irvine, conducted tests which reflected on how ‘fluid intelligence’ or the ability to solve novel problems works. The test sample was divided into two groups each, one training and one control group. The training group showed significant improvements in the reasoning ability test, where the control group lagged behind. This scientific study and a few others (Roche, Cassidy, et al. 2013), published evidence to the fact that the human brain could be trained to perform better in different situations or circumstances.

If you are to consider, the human brain and the Intelligence Quotient that it is associated with is a pretty much subjective term. The human brain performs well under better supervision and training. The IQ levels are not some measures of intelligence which will remain stagnant over the long run. These levels could be improved by training your brain to newer perspectives and a better environment. Nourishing the brain, just as you would with your body is essential to improve your IQ levels over time.

Note: If you want to take few test for IQ, Here are some:

Brain Exercices to improve your IQ

Your brain needs just as much attention as your physical body to keep your mind in shape and to improve it. Here are 8 of the best and easy brain exercises using which you can improve your IQ. 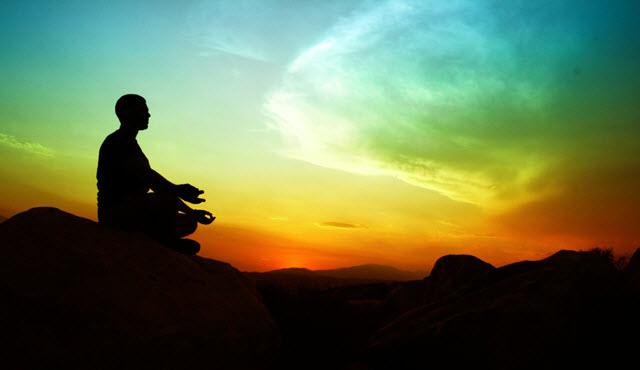 We have recently seen at ShoutMeLoud, how meditation improves one’s lives for the better. We can take it a bit further and mention how meditation would also help you in improving your IQ scores. Meditation is all about focused breathing, but add in a factor of visualization and meditation will help you improve your IQ significantly. While you’re at it, try visualising a new possibility or an activity, activating all of your senses while doing so.

Let me go first, I’m now doing my daily bit of meditation, I’m focusing on my breathing. While doing so, I’m visualising a bright red apple. I take it in my hands, and now I’m feeling it. I bring it closer to me, I feel the essence of the pulpy apple. I go on and take a bite. All of my senses are now activated. I feel the apple, I feel the taste in my taste buds and I go on until a few bites before my attention breaks.

This is a simple visualisation exercise where all of your mind’s senses would be simultaneously stimulated. Meditation is not just a spiritual endeavour, it is much more than that. Meditation stimulates your cognitive brain and you can work on different muscles of your body by stimulating them through daily meditation. Visualising is a powerful tool which activates all the cortexes of the brain, allowing you to improve your IQ over time.

The Dual n-back is a scientifically proven method to improve one’s memory with practice. Memory makes up an important part of the measure of IQ and this is something which could be definitely improved by constantly working on training the brain. Dual n-back is a popular method, devised by Wayne Kirchner in 1958. This test is a method to assess memory as a part of cognitive neuroscience. What the Dual n-back does is that the entire concept is divided into two sections – audio and visual tasks.

“Fluid intelligence (Gf) refers to the ability to reason and to solve new problems independently of previously acquired knowledge. Gf is critical for a wide variety of cognitive tasks, and it is considered one of the most important factors in learning. Moreover, Gf is closely related to professional and educational success, especially in complex and demanding environments.”

Susanne M. Jaeggi, 2008
The game is basically a cross-zero type 3×3 square field. There will be flashing of boxes and users will have to match the current position with the one that was one or two steps ahead, depending on the ‘n’ in the Dual n-back. For Dual 1-back, users will have to match the present flashing block with the one which was one step ahead. This block flashing is also followed simultaneously by an audio signal of alphabets, which are to be similarly matched one step or two steps ahead. You can take Dual n-back tests online to improve your cognitive response. 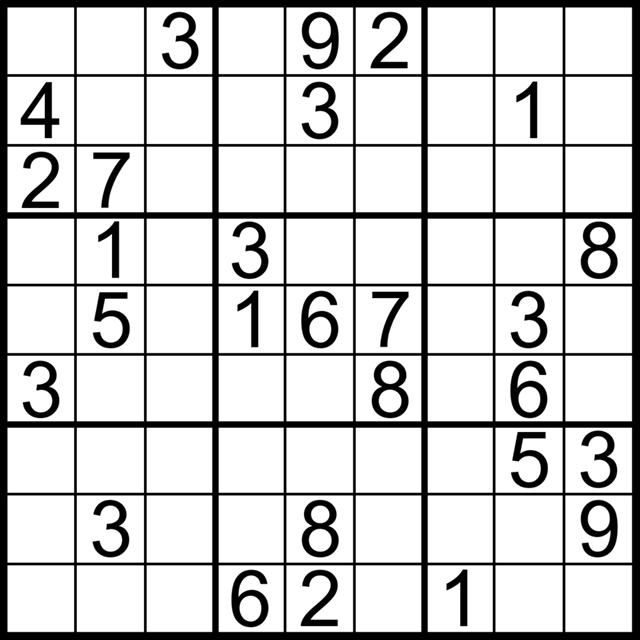 Crossword Puzzles and Sudoku are some of the great games that would significantly improve one’s IQ levels with a few minutes of game time each day. To add more value to this game time, try adding social interaction factor to your puzzle games, think of Scrabble. Playing such games online with friends would help you improve your IQ levels as you get interaction in addition to brain stimulation. Puzzles are a great way to improve one’s IQ levels, given how they stimulate the motor skills. An activity involving both hand and eye involvement simultaneously help users to focus better, improving the IQ in turn.

Sudoku is also a great game that brings into picture logic, numbers and their proper positioning to make sense of the big picture. Crossword and other puzzles help keep users’ brains stimulated. Although these games have not been tested to have a significant increase in IQ levels, they are a great way of keeping your mind in-tune and in developing logical thinking and cognitive skills.

As we mentioned before, memory is one of the most important parts of the human mind and features significant importance when considering the IQ of a person. People often visit many places daily and most of the times these places are nothing but a replicating and repetitive ones, where we happen to travel on a daily basis. Our sub-conscious mind works during these monotonous, repetitive tasks and this causes people to reduce their awareness and other cognitive abilities. To revoke those abilities, try recreating the map of a place you’ve visited recently. Try recollecting as much information as possible and try to come up with your own map of a place that you’ve visited recently.

You can also try recollecting the list of the groceries that you were assigned to bring in recently. Try recollecting as many products as possible from the list and check the bills for your memory accuracy. Do this a few times in a month to improve your memory and recollection abilities, which impact human IQ to a great extent. 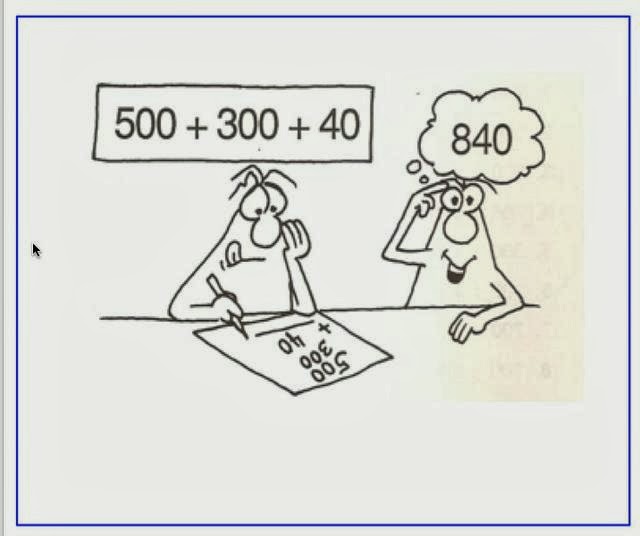 Given the ease of access to all kinds of machinery to us, humans reliability on them has increased more than ever. Simpler math also requires calculators these days and this particular habit won’t help the cause of improving one’s IQ levels. Doing some or most of the math calculations in your mind will train you to improve your logical abilities and improve IQ. Even better, try to get these calculations done right in your mind, without the aid of a pen, pencil, computer or calculator. There is no better mind training than doing mental math in your head.

Instead of watching movies, try reading one engaging fiction per week or month, whichever is doable for you. Reading fiction instead of watching movies activates all of your senses and visual imagery while also improving your language skills. Relational skills make up a major part of one’s IQ levels and reading fiction significantly improves these skills, as it deals with stimulating thought, improving your vocabulary and helps you make connections between events and people.

A study from the University of Chicago stated the relationship between people who are multi-lingual and decision-making skills. The study concluded that multi-lingual people tended to be better decision makers when it came to rational decision making. Learning a new language is definitely challenging in the beginnings, but persistence and perseverance will help you learn a new language in a shorter period than you would imagine.

Learn to play a Musical Instrument 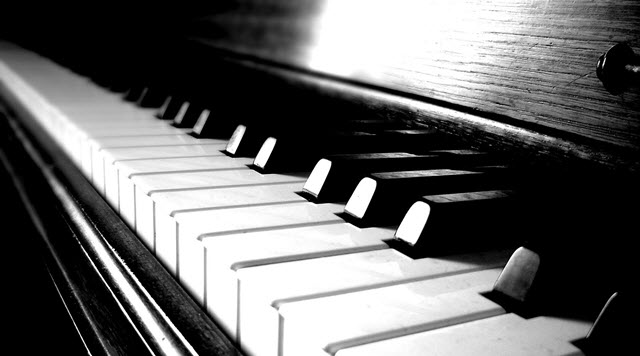 Learning to play a new music instrument is somewhat similar to learning a new language, but is easier to get a hold of for most people. I love playing my piano, and although I still struggle with the coordinated playing of both hands. Spare some time daily to learn a few skills on your favourite music instrument and you’ll soon witness an improved cognitive ability. Learning a new musical instrument is a long-term and daily investment of your mental resources. According to Parenting Science, studies have shown that kids who begin learning a musical instrument from the age of 9-11 have more grey matter as compared to their peers.

Although learning a new musical instrument does not directly make musicians more intelligent, it is just they make connections which are alien to their compatriots. Relational skills are developed more in people who are exposed to music at an early age. Another study related Music directly to IQ, stating that kids who took up music at the age of around 6 years showed better IQ levels than those who didn’t! 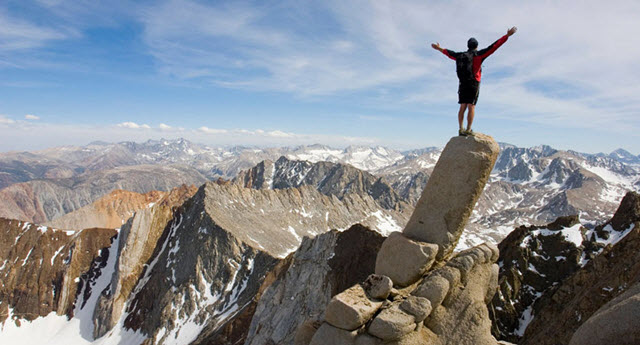 No matter how much people state intelligence as a factor of genetics and hereditary, most of it also depends on the environment. Nourishing your brain with a sustainable environment is essential for a healthy development of your brain. An enriched environment where active learning is promoted is crucial for the brain to show better signs of development. Learning new skills like juggling a ball, playing chess, playing a sport or anything for that matter which you haven’t done before significantly boosts your brain in the process.

Taking a long trip to somewhere entirely alien to you, learning a new language, etc are some of the examples of seeking new experiences that rewire the brain to process everything new. Learning new things out of your field will also help you develop the skills required to boost your IQ. Simple exercises like brushing your teeth with your non-dominant hand, switching your regular place at the dining table are also some ridiculously simple way to seek new experiences and perspectives for your brain.

So, what do you make of these techniques to boost your IQ? Shout out your thoughts and comments on improving your IQ below. 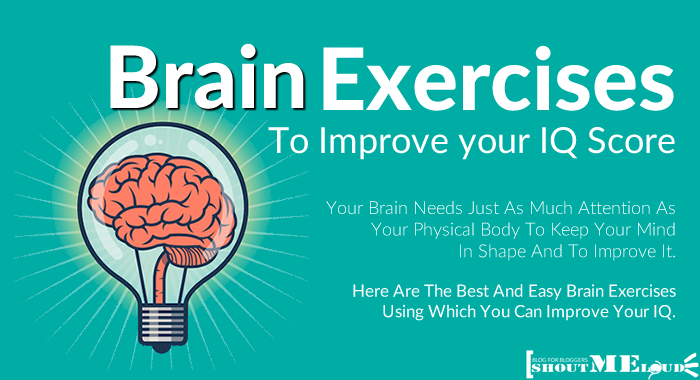 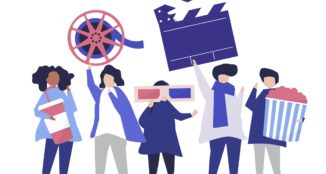 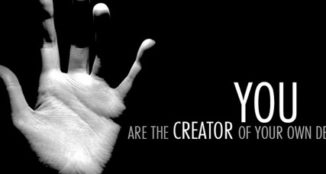