This is the 3rd post in our Video making series for beginners.

With this series, my goal is to help you make better videos with your smartphone or camera.

Here are two earlier posts in this series:

In the recent past, nothing has come closer to disruption of an Industry like the smartphone has done with the camera and video recorder industry.

The camera that started out as an added mechanism in the smartphone has become a full-fledged device used by professionals all over the world to capture photos and to shoot videos.

Phones like iPhone Xs, Huawei P20 Pro are the gem in the camera phone industry.

The Smartphone camera disruption has brought  a new change & I’m loving the change via @shoutmeloud!

Let’s take a look at an exhaustive list of smartphone gadgets that will help people take video selfies.

Even though many of these accessories work perfectly fine with some of the popular Smartphone companies like iPhone, Huawei, Samsung, Google pixel, One plus to name a few.

But, I’m keeping this post more targeted towards iPhone users as I was making & researching about cool video accessories for my personal use. Also, if you are own a GoPro , you won’t be disappointed as many of the listed Camera accessories is compatible with GoPro too.

Today we look at cross-functional gadgets that help you take better videos in different scenarios. We cover a wide range of requirements and the gadget that can help you in that situation.

The tripod is a great device for filming steady shots and has been the corner stone of every videographer’s great camera skills. The tripod though has evolved and the tripods these days have to be cross-functional. A tripod just doing a tripod’s job is too conventional and can be bulky. The Joby Tripod stand is a perfect example of a multi-functional tripod stand that can be adjusted to suit multiple situations. The Griptight Gorillapod hybrid is one of the finest tripods we’ve seen. We’ll show you the power of this tripod through pictures.

In the first image, you can see a simple tripod stand 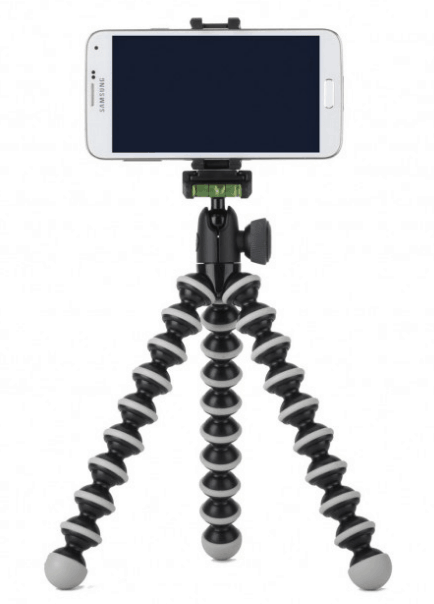 And in the second image, you can see the tripod stand in a different shape to suit the environment! 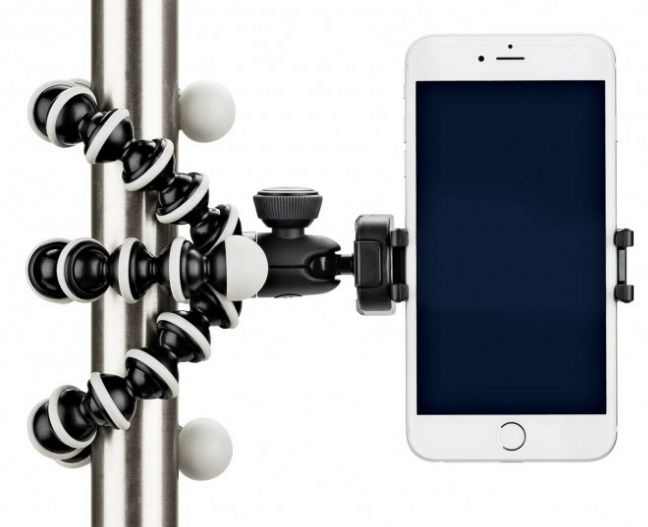 The makes of the Ollo Clip are one of the leading lens manufacturers for the iPhone camera that gives you a DSLResque experience to your iPhone. The Ollo Clip is an attachable device which you can fix on top of your iPhone camera lens with the help of a special phone case. The Ollo Clip has multiple variants that help you with different options for videography. There are lenses which support wide angle shots, some which support macro zoom which goes all the way up to 21x. Depending on the nature of your videos you could choose the right kind of Ollo Clip. There is even a version for taking selfies or velfies which is pretty neat. 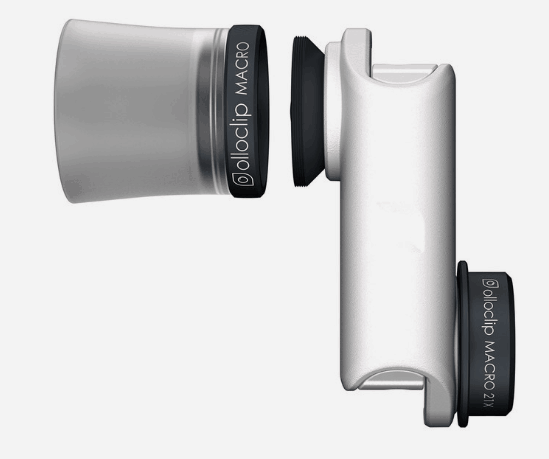 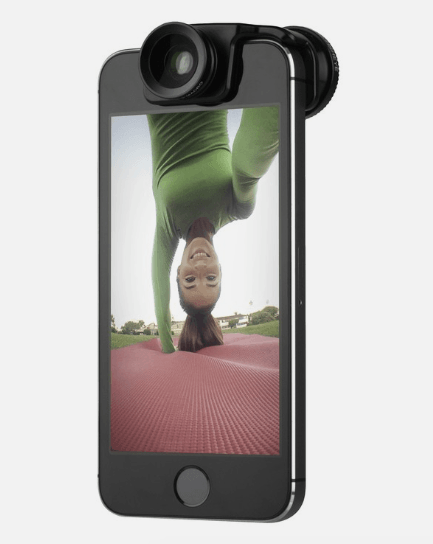 To Summarize the Ollo Clip is one of the best smartphone gadgets out there for taking brilliant photos and videos which give a much better experience than the iPhone camera. This kind of a device is also great for portability because of it’s relatively small size and removable lens cap

Moment Lens is another company which makes similar lenses for the iPhone. 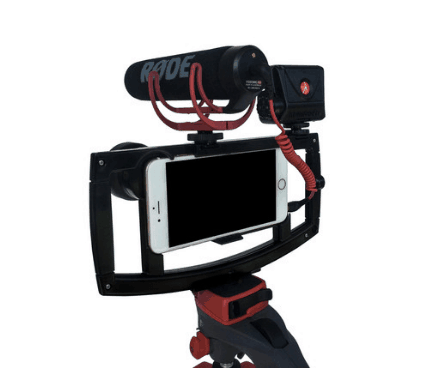 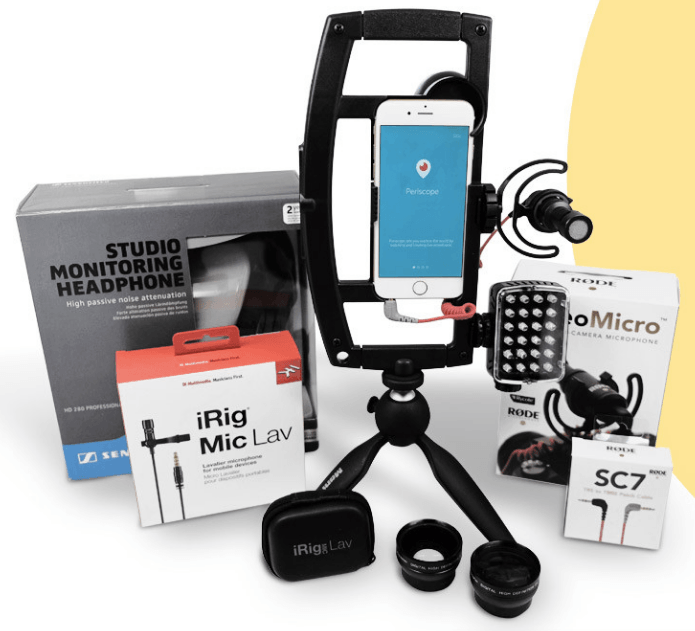 We move on to a professional equipment company called the iographer. The iographer is an iPhone and iPad filmmaking case. This is not a case for your phone for protecting it, but a case for filmmaking that you take out to shoots. The iOgrapher is a multi-compatible device with provisions for fixing a tripod, a lens and other equipment like lighting and sound. You can carry this one single case in and have all the options of filmmaking like light, sound, and stability in one place. It’s portable enough that you can carry it in your bag. There are iographer cases even for the iPad as well. This kind of a device is a great investment for a filmmaking student or a video blogger who needs a serious equipment for a professional setting. If you Consider the provisions for other devices that can be attached to the iographer, then it makes this a thorough and professional video creating device for the iPhone. 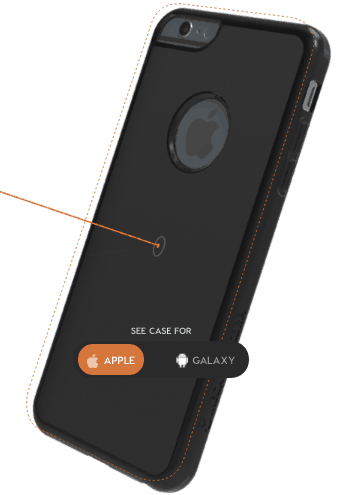 If you are new to taking videos on your smartphone and want to start somewhere, the first thing that you will probably purchase is a tripod stand.

What if you could get something with similar functionality, that had other uses as well?

This case is fit with nano-suction technology that you could stick it up against any surface and shoot your videos.

If you don’t have a tripod and you want to place a video of you walking and talking in front of the camera at a particular height, all you have to do is, stick it against the wall and you have your wall mounted camera ready.

Everybody has seen the Go Pro camera and it is a great device for outdoorsy folk who like some action. The problem with devices in this world are, there are too many devices. The use case for a Go pro is also limited. What would you do if you want to take videos in rugged environments that mimic a Go pro’s experience without having to buy one? The answer is the Optrix sports case. It’s a case created for the iPhone with an extra layer of protection for your phone and can be mounted on your helmet, exactly like a Go pro. This way your iPhone can become a video recorder in a rugged environment as well. Body Glove, the company behind Optrix have also created a water proof case for underwater shots. There is truly no limit to what you can shoot with your iPhone with gadgets like this. 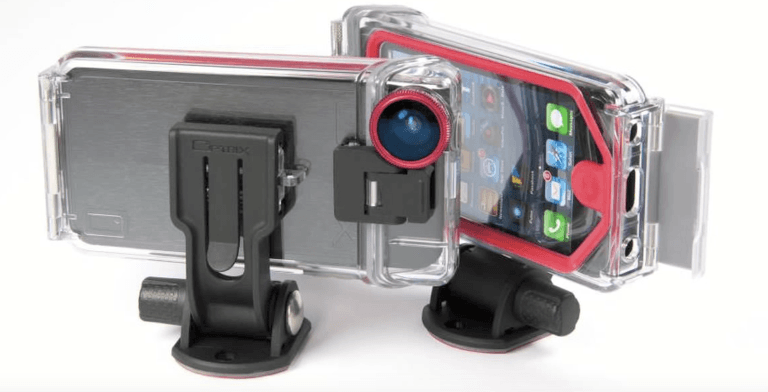 Here is a hands-on video of Optrix sports case:

This is another case of a multi-functional tripod stand. Manfrotto is a pretty popular company when it comes to tripods. The Pixi works as a Tripod stand mixed with a video grip for taking moving shots without a lot of shakiness. So the tip here is to get functional tripod stands based on your requirement because a lot of them are multi-functional. The Pixi also has a push button option to tilt the head of the tripod in any angle, this helps to camera shots in a particular angle without having to position yourself differently. 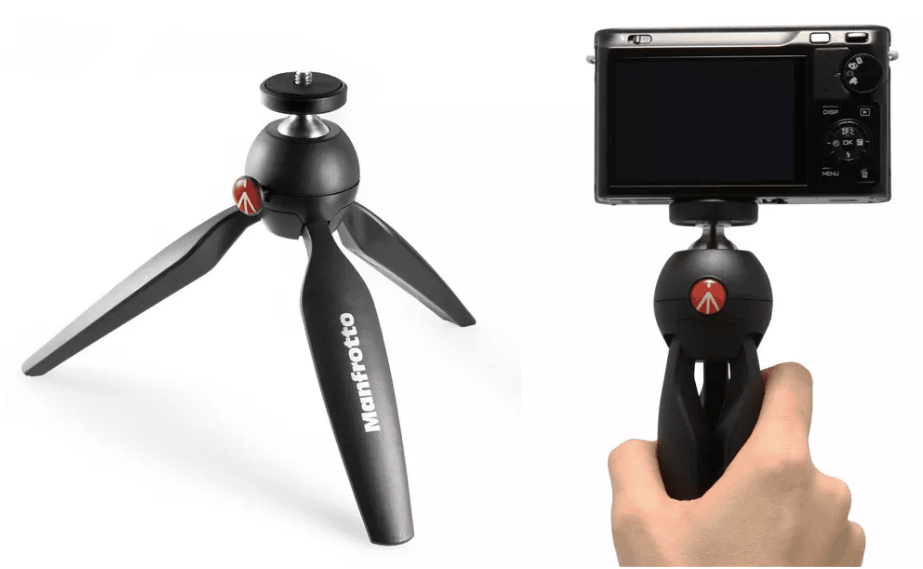 Here is a pretty cool review by Paul that might make you grab this little beast right away:

If you are getting a selfie stick, it might as well be on that can last you for long and in different conditions. It’s very long compared to many of it’s competitors and does its job well. For the GoPro users, it also supports GoPro. 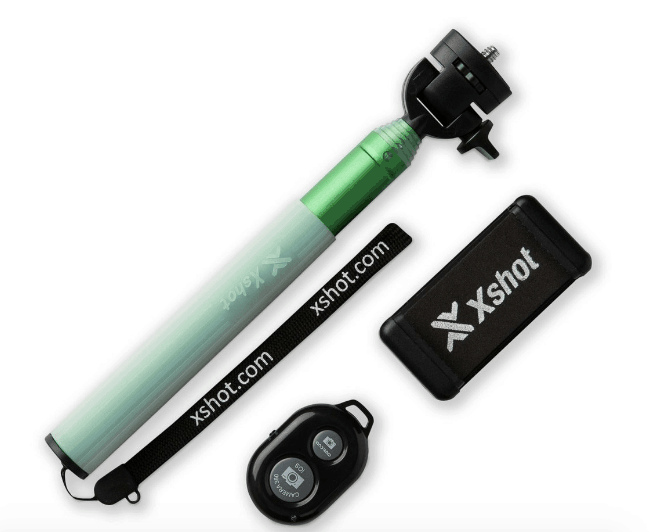 As promised, we finish with Manfrotto’s Klyp+. The Klyp is another case based iPhone video and photo gadget. This gadget is so small and has provisions for all kinds of features that require a special mention.

The Klyp is not as big as the iOgrapher and is easily portable and it works with the Pixi tripod seamlessly because they are made from the same company.

The Klyp also has a provision for light to throw on objects which create an ultimate shooting scenario for the videographer. It also has a lens that can be attached to the iPhone’s default lens. 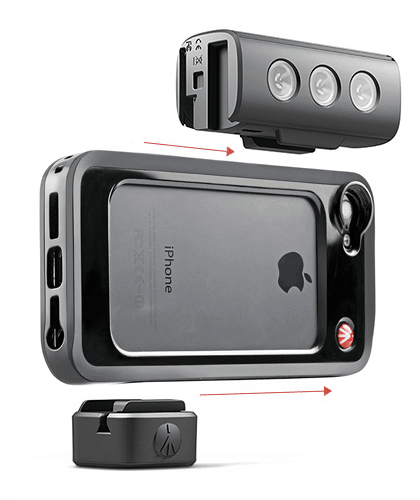 These accessories have been an eye-opener for me in terms of products and the way technology is shaping.

With devices such as the iPhone which has strong fundamentals mean one thing, they are good enough to replace independent devices such as cameras albeit in the start of a videographer’s career.

Instead of having multiple devices like a Go Pro and a video camera, all a person needs is multiple cases that they can get at 1/3rd the cost. This way they do not have electronic items lying around in the house that are not being used. I hope this post has given you the idea of the gadgets that can be used for making videos with the iPhone!

Have I missed something? What other gadgets do you use specifically that helps you with your shooting? 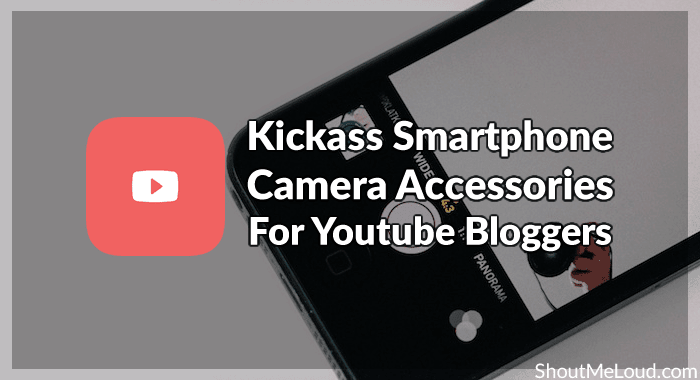