Welcome to the monthly edition of ShoutMeLoud. In this post you will learn:

Publishing this monthly report has been part of ShoutMeLoud’s transparency culture since March, 2009. You can browse all previously published income reports in this mega list.

April was a month of action, as a lot of new things happened for ShoutMeLoud and my blog network. Here are some highlights:

Traffic during the month of April was better than in earlier months, as we closed in on 0.65 million page views  in one month.

Here are the traffic stats:

83% of our existing traffic is from search engines, and fortunately, ShoutMeLoud was not impacted by the latest algorithm changes. Google rolled out a mobile algorithm on April 22nd, and if your site had a noticeable traffic drop after that date, your site may have been penalized.

Next month I will have data for the newly launched iOS app available. For now, let’s have a look at how the Android app is performing. You can check out ShoutMeLoud’s Android app here.

Last month I temporarily disabled push notifications for the web and for the app. This affected the app usage considerably, as users were not getting notifications for newly published posts. This is one reason you will notice that our app engagement is less than in earlier months. With that said, overall app traffic has increased, and I’m betting heavily on the success of the ShoutMeLoud Android and iOS apps.

Here is the Android app traffic chart for the month of April:

The first version of ShoutMeLoud’s iOS app is live on the Apple Store, and I’m pretty excited about it. The app approval process took longer than anticipated, and rolling out an updated version takes time as well. I just pushed out version 1.1 of the app, and in the coming week I will be rolling out a completely new design.

Below you can find the mockup of the upcoming design for the ShoutMeLoud iOS app. 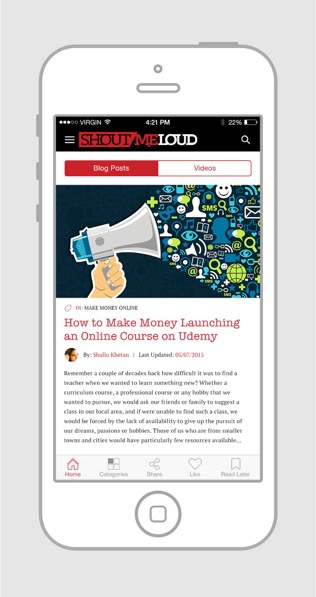 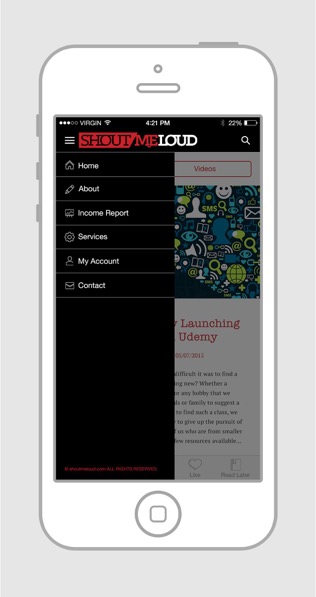 You can download the current version for iOS devices from the official app store here.

Note: The Android app will have a similar design in the coming week.

Earning as a Brand Ambassador:

In the past, I have done a video shooting for Citibank for a campaign, and in return I received a gift from them. Here is the video:

In the above income column, you might have noticed an entry referred to as “brand ambassador” with the value of $1,412.29. This is an entirely new category of earning source for me.

I’m working with a blogger’s related brand as a brand ambassador, and they are paying me about $4,200 for a one-year contract. In the coming months or years, I see this as a great revenue stream for bloggers who have established a brand for themselves.

Asking Shouters to try and review the app: 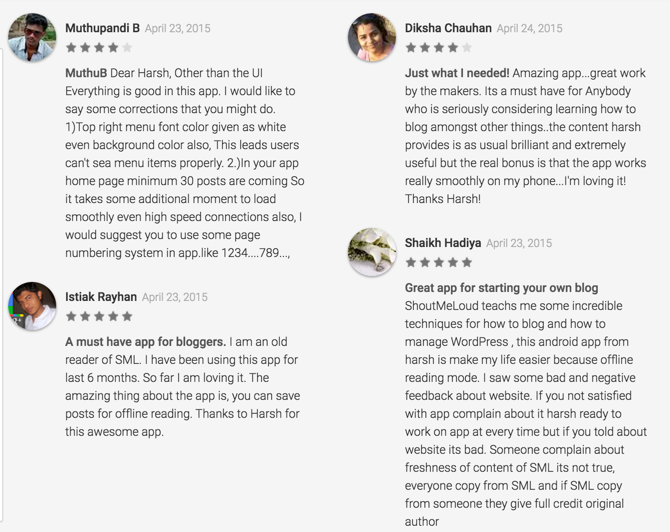 I prefer doing things on my own, and I rarely ask for help. For the first time, last month I asked ShoutMeLoud newsletter subscribers to help me with a review of our Android app, and the response I received was mind-blowing.

Special thanks to all the Shouters who tried ShoutMeLoud’s Android app, and shared their honest reviews on the app page. Your comments have been very helpful to our review process and beneficial to the app’s exposure. I appreciate your help.

If you have not yet added your review yet, I would be grateful to see your reviews of the ShoutMeLoud app on the Google Play Store and on the iOS App Store. Here are the links:

It only takes a minute to write a review, but the increased exposure for the app is very helpful.

Note: Feel free to suggest new features for the app, and accepted features will be added in the future iteration. 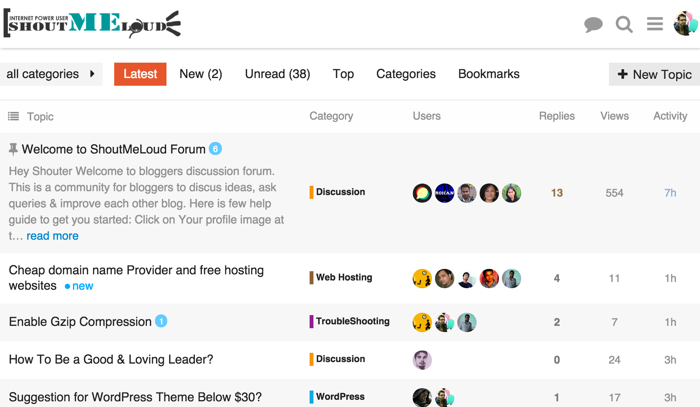 Last but not least, the ShoutMeLoud forum is live. I’m using the Discourse forum, and I installed it on the sub-domain. The forum is doing great, as many bloggers are helping one another to grow. You can join and participate in the forum for free by using the link below.

Special thanks to Julia who is our current editor. She is working day and night to improve all of our existing articles. So far she has updated about 60+ articles, and she is now the person who ensures that no article goes live without proof-reading. I wish I could have found her earlier. Thanks, Julia!

That’s all from my end for the month of April.  I would love to know how the month of April 2015 was for you! Feel free to share your new discoveries, income and overall growth reports in the comment section below.