Twitter is a great marketing and promotional tool for blogging, but only if it is used effectively.

When I started using Twitter nine years ago, I knew nothing about the marketing benefits of Twitter. I was tweeting like an amateur, and following users without a second thought. Over time, as I came to understand the hassle of social media noise, I began to de-clutter my social media accounts.

First, I became particular about accounts that I would follow on Twitter. I started unfollowing users who were inactive or who did not add any value to my Twitter timeline.

I also unfollowed many followers who were not following me back.

I still frequently clean up my Twitter profile. And when I do, I start by unfollowing non-followers.

Today I will be sharing a list of tools that you can use to find those Twitter profiles that you are following, but are not following you back. If you plan to unfollow them, start by answering these questions:

If your answer to either question is yes, then keep following those users.

But if you answer no to both, unfollow them! 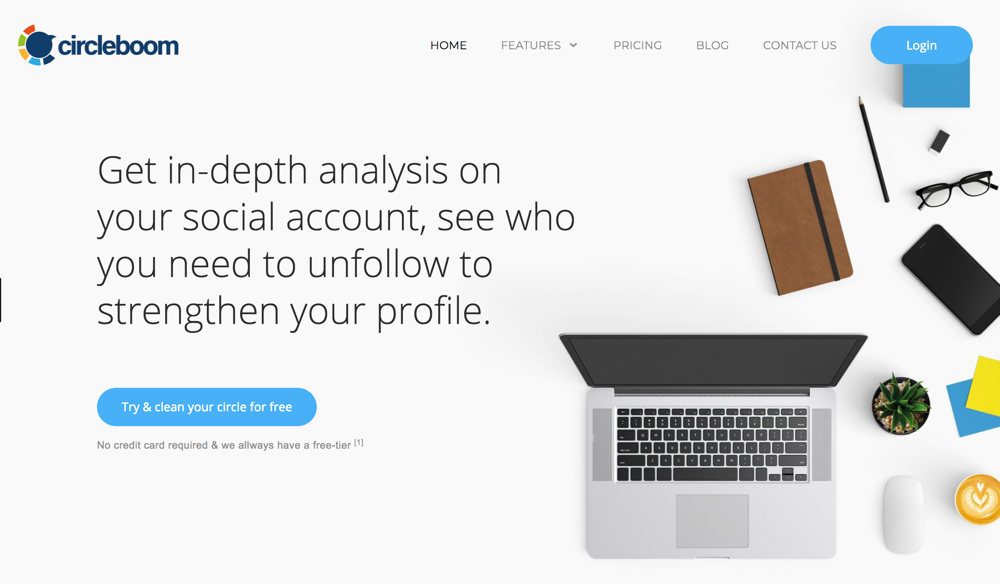 Circleboom is a Twitter management tool helps you to find right profiles to be followed with its smart-yet-easy-to-use search module.

If you need to unfollow some of your friends, you can use unfollow module on Circleboom. It provides a handful of filters to help you to unfollow the ones not following you back, fake accounts, spammers, eggheads or inactive accounts very fast and effective in comparison to its rivals.

Circleboom covers all the feature that other’s have but with more affordable prices almost half of the closest rival’s price.  One of the differentiating features of Circleboom is RSS Tweets which enables you to connect your website/blog RSS feed to your twitter account.

CrowdFire, formerly known as “JustUnfollow”, is one of the best free tool for Twitter to unfollow non-followers. You can sort the non-followers on a variety of factors including date of follow (so those old followers who never followed you back can get the boot). Every day you get to unfollow or follow 25 people for free using CrowdFire.

If you want to increase that daily limit, you can always upgrade to a paid subscription. CrowdFire also offers fully-functional iOS and Android apps, and it is probably the best Twitter management tool I have used on my Smartphone.

These are the best Twitter management tool I have used. #Socialmedia #ShoutMeLoud 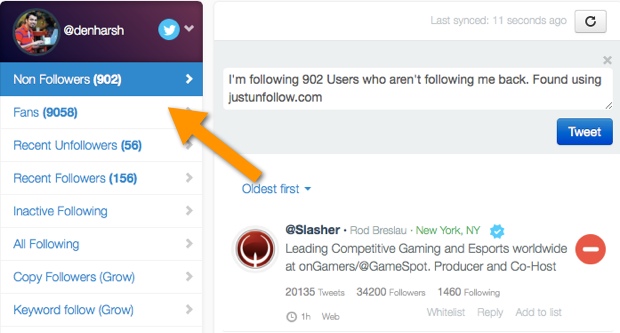 ManageFlitter is a favorite Twitter tool for unfollowing non-followers. The new beta version lets you select multiple Twitter accounts and with one click you can unfollow them.

There are many other features such as the ability to find fake Twitter followers and the most talkative Twitter followers!  This tool will also let you effectively manage your Twitter account in general. Overall, ManageFlitter is one (free) tool that you will love.

For unfollowing your non-followers, you can use Geeky Flush. As the name suggests, this tool “flushes” the Twitter followers who do not follow you back.

Tweepi is a simple tool, and you can sort through the list and unfollow them one by one. Tweepi is not as fast as ManageFlitter, but it is very visually appealing. 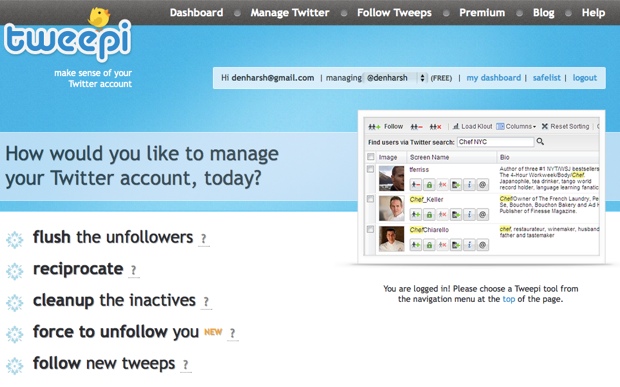 It’s a good idea to use one of these Twitter unfollow tools once in a while to keep your Twitter interface clean. Just be sure not to unfollow the Twitter accounts of blogs and companies, as they hardly ever follow anyone back!

If you are using any similar tools that you have found particularly useful, please feel free to share them with us in the comments.

Here are a few hand-picked tools for you to discover next: 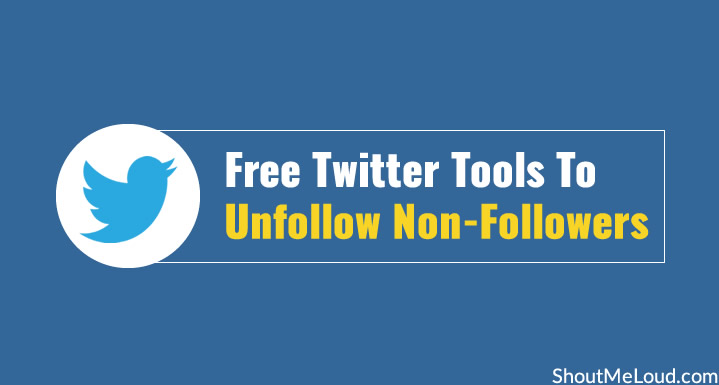